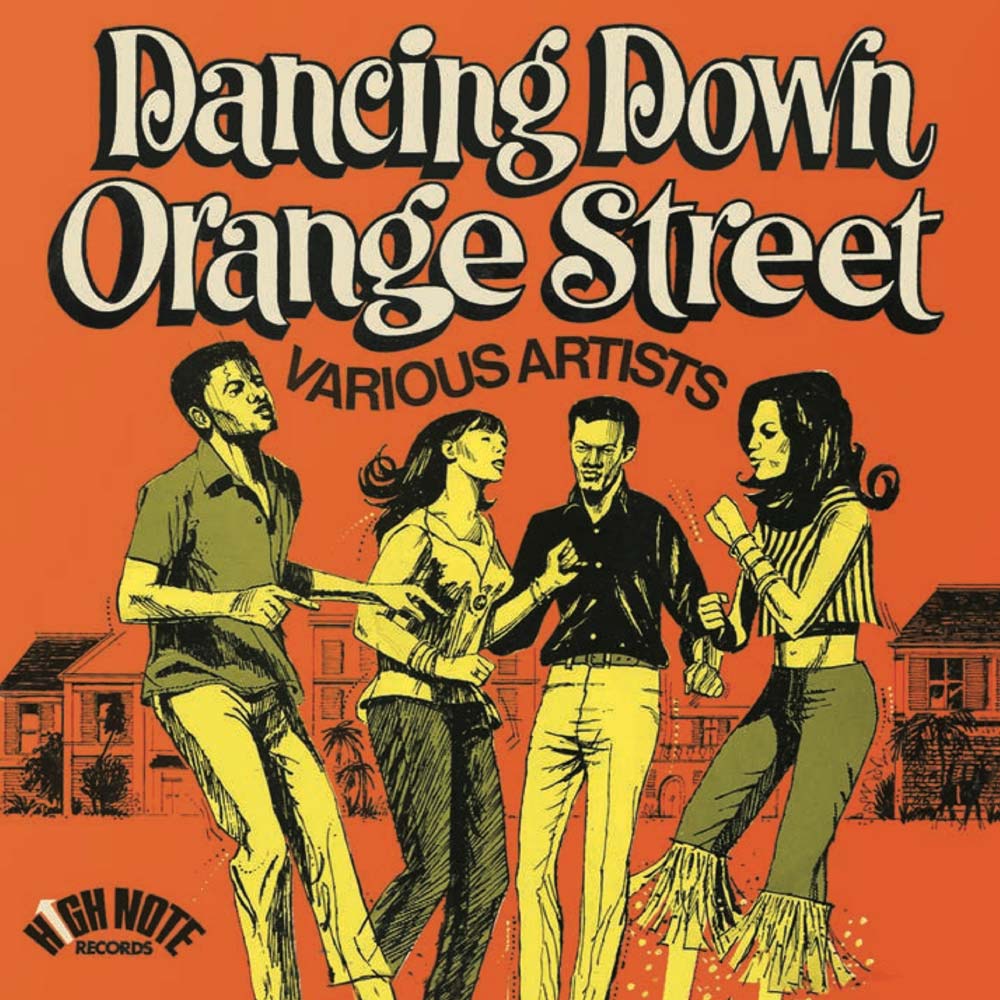 First ever reissue of the classic ’69 Trojan Reggae compilation plus 13 bonus tracks…..LTW’s Ian Canty catches one of the key Reggae producers in her prime……..

Whichever way you look at it Sonia Pottinger was a trail-blazer. After parting from her music business impresario husband Lyndon, she forged a career for herself in the notoriously male-dominated Jamaican music industry of the 60s. Hitting her stride as a record producer just as Ska was beginning to run out of steam, she became, without doubt, one of the key names in the Rocksteady era. As the beat slowed down Pottinger, via her labels Gay Feet (the Beat’s Go Feet label was a homage) and Tip Top, got the jump on even the big guns like Duke Reid and Coxone Dodd. During the late 60s she oversaw big JA hits from Ken Boothe, Alton Ellis and the Ethiopians and her success went right through to the Reggae craze of 1969. Dancing Down Orange Street collected her productions and its release on Trojan saw her fame spread to the UK just in time for the Skinhead boom.

This compilation (named after that world famous Kingston thoroughfare, hub of the Jamaican music scene) would stack up against classic collections like Uptight and Reggae Chartbusters as an essential item for the fashion conscious boot boys and a cheap way to pick up those vital singles. Listening to this collection it is clear Sonia had an ear for a good Pop tune and a liking for close harmony singing and made these assets the cornerstones of her work. Eschewing the more gimmicky production styles that were prevalent at the time, Pottinger grafted finely pitched and clearly recorded vocals onto Rocksteady and Reggae rhythms and these simple but effective confections were an immediate hit in Jamaica. She clearly believed in the power of a good song well performed and the island’s major talents flocked to her studio, knowing that they would be in good hands.

Despite that Pottinger’s work wasn’t completely without innovation – for instance, the backing track for the Conquerors’ Look Pon You sounds proto-Roots to me and a judicious use of echo on Patsy’s We Were Lovers makes the backing vocals sound almost like a keyboard line. Conversely, Delroy Wilson’s It Hurts (I’ve Been Hurt) has the singer repeating the hook rather than using echo phasing. But for the most part, this collection offers the type of dancefloor orientated cuts that ripped up the lawn dances of JA and had a similar effect on many a Boss Reggae discotheque in the UK.

Dancing Down Orange Street captures the moment when Rocksteady transformed into Reggae by speeding up a little and moving towards a more jerky and less smooth musical palette. Ken Boothe’s Somewhere is a goodie and Lady With The Starlight is almost a perfect example of this state of flux – Boothe’s Soul-tinged vocals, along with the MOR nature of the song (its roots were in a Nat King Cole number) were trademarks of Rocksteady, but they were laid over a crunching Reggae beat. In fact, very similar in construction to Tony Tribe’s Skinhead Reggae smash Red Red Wine and it was just this formula that Sonia more often than not aimed for and perhaps pioneered.

The Melodians, a Rocksteady vocal trio headed up by teenager Tony Brevett, provide a couple of beautifully sung but rough and tough offerings in Heartaches and Lonely. This was prior to their biggie, Rivers Of Babylon (featured in the film The Harder They Come and later covered by the lamentable Boney M). Time is even found for the Jazzy, floating instrumental version of Wilson’s It Hurts by the Soul Rhythms (AKA The Broncos). Also, Patsy (Millicent Patsy Dodd) sparkles on a couple of bonus tracks, the aforementioned We Were Lovers and her duet with Rocksteady legend Delano Stewart, Give Me A Chance.

As the 70s went on Pottinger’s output slowed and she found it more difficult to compete in the Dub and Roots eras, as those two Reggae off-shoots were less about the song than the vibe. Slowly retreating from the production side, she purchased the Treasure Island label from her friend, the ailing Duke Reid, in 1974. However, she did produce DJs Big Youth and U Roy during this time as well as Culture on 1978’s Harder Than the Rest, their sweet vocal style no doubt being right up her alley. Though she did record artists right into the Dancehall era, she had retired from the music business by 1985 and passed away in November 2010.

Though Dancing Down Orange Street was popular at the time of its original release during the Reggae explosion, it has remained nought but a distant memory even though the CD reissue bonanza phase of the early 21st century. The revived Doctor Bird label can be congratulated for once again make available a vital set of recordings from Reggae’s past and showcasing a near forgotten but vitally important person in its development. This compilation is a treasure from the past and still highly enjoyable in the modern day. Timeless even.

May 21, 2020
0
The world of pop music and entertainment - especially the festival merry-go-round that has dominated the live...
Read more

Watch this! Scuttlers: Leaders Of A Lost Generation video

Vice Squad: An Interview With Beki Bondage And Live Review