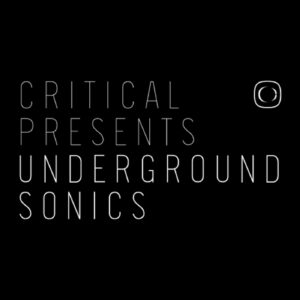 With its usual savoir-faire london-based label Critical takes no prisoners with a killer selection of tracks that manage to further expand the dynamics of DnB and ratifies Kasra and his crew as the undefeated lords of the underground. Will these guys ever fail? Highlights come from Sam Binga and Dub Phizix, whose tracks have received early support from Friction and Rockwell. With a collab EP from Mefjus & Emperor already in the pipeline, expect Critical delivering nothing but the goods throughout 2014.

Mancunian Dub Phizix brings a classy opener that goes by the name of The Clock Ticks which, as you may already guessed, it’s all about the metronome-like clock sample and minimalistic rolling beats dressed with airy textures, subtle organic percussion and the main two note motif. Something along the lines of his 2012 track Codec just with a lighter feel.

Supergroup Ivy Lab do what they do best and treat us with a premium cut of soulful DnB where present-day production meets sounds from the golden era of liquid funk. No, this time Mr. Frank Carter III is not on mic duties but don’t let that stop you from enjoying Baby Grey as Sabre, Stray and Halogenix’s beat making is as solid as ever.

After working together in Mythos, one of the biggest smashers of 2013, Mefjus and Insideinfo spent some more studio time together and the outcome is the mesmerizing Repentence, definitely among the top tracks of this compilation. It may not be as hard-hitting as their previous joint release but be prepared for the tension to rise as mantra-like chants and cold synths build disturbing atmospheres of the highest calibre. Watch out for a Mefjus album later this year, which might include the much sought-after Mythos VIP.

So you loved Sam Binga and Redders’ tongue-in-cheek halfstep madness released on the Modulations imprint? Well, guess who’s back with a track that’s gonna get more rewinds than a rental videotape. Grab yourself a can of Red Stripe and put your lighter in the air when this roots-flavoured feel-good anthem gets dropped. Lef Dem hits the spot and confirms the artist formerly known as Baobinga as one to keep on your radar.

New Zealand’s The Upbeats hook up again with top-tier trio Noisia for a chilled out track that has very few and hardly noticeable variations over the same loop for almost five minutes. In all honesty, we appreciate that the Dutch legends of neurofunk try a different approach for a change but can’t really say this stands against most of tracks in the album.

Of course no Critical compilation would be complete with a couple cuts from the chairman himself, Kasra. First he goes solo with DFM an obscure tune with a kick-drum construct that will certainly appeal fans of Exit Records, Samurai Music and anything on the far end of experimentation with tempos around 170. The boss also teams up with scene staple Enei on Breath, a deep lowlight roller spiced up with the use of down-pitched vocals. When the minimal sound meets dynamics that avoid stagnation, you know it’s spot on.

Other tracks include the solo efforts of Sabre and Stray, Phace from Neosignal, Emperor and more. Narratives Music’s Blocks & Escher give a shot at remixing Enei’s Thinline with quite good results. Will these youngsters become the new Critical rookies? Who knows what secrets await in Kasra’s mastermind ….

Watch out for a super-limited edition white 10” sampler as no serious vinyl connoisseur’s record bag can do without this one. Be quick or you’ll have to live with a digital download. Also, don’t even think about making any plans for March 7th as Fabric will be hosting a Critical night featuring their most insane line-up ever with an exclusive B2B performance from Mefjus and Emperor in anticipation of their forthcoming joint EP.

All words by Favio ‘Overclock’. More by Favio can be read on Louder Than War here. Favio can be found on twitter as @thisisoverclock.