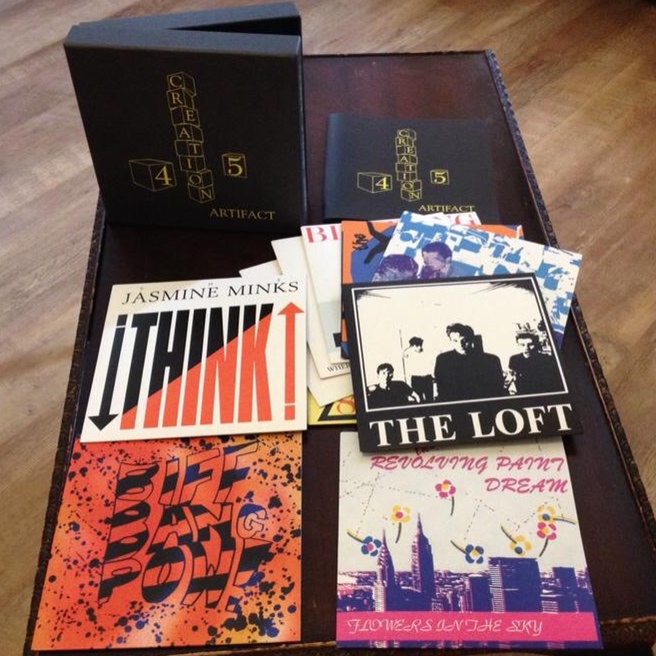 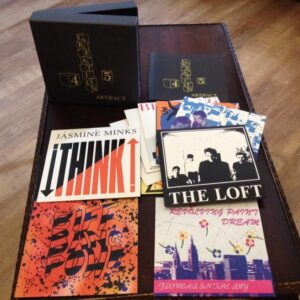 The first 10 classic and rare singles on Creation Records (1983-‘84) made available again in a 7” boxed set with original artwork and sleeve-notes by band members.

There were two very different Creation Records. The post-Sony Oasis-launching Creation, boasting superstardom and tales of rock & roll excess, and the iconic pre-Britpop Creation: a very cool British independent label inspired by ’60s Pop Art and fuelled by a DIY punk spirit. Hard to believe that the multi-million selling label of the ‘90s started life a decade earlier with record sleeves that were hand folded by the bands themselves. This wonderful vinyl boxed set gathers the first 10 single releases on Creation from ’83-’84, featuring the psychedelic genius of The Revolving Paint Dream, the Mod-tastic guitar pop of Jasmine Minks, the brilliant Loft, the gloriously imperfect but addictive Pastels and the label owners’ own excellent band, the criminally ignored Biff Bang Pow!

This period for Creation Records is an important chapter in British independent music history. At this point, Creation was a label like no other. It was almost a music style or genre in itself. You had Mods, you had goths….and then you had Creation wannabes. It was just too good to be true: the artwork, the attitude, the nods to the ’60s, the 12 string guitars, the snare sound, the tambourine, the leather trousers….. What it became later was a very different beast, for better or worse. But here’s how it began, the first ten 7” singles, as recreated on this extremely desirable boxed set now available on Cherry Red.

September sees the release of The Dawn of Creation, the 5-CD boxed set celebrating the label’s first two years, and we will be giving you an interview with The Loft and Jasmine Minks to celebrate that, plus a full review.

Meanwhile, although the Creation Artifact 7” vinyl boxed set was originally released for this year’s Record Store Day, it is still available through the Cherry Red shop. Oh, and it has a Facebook page too!