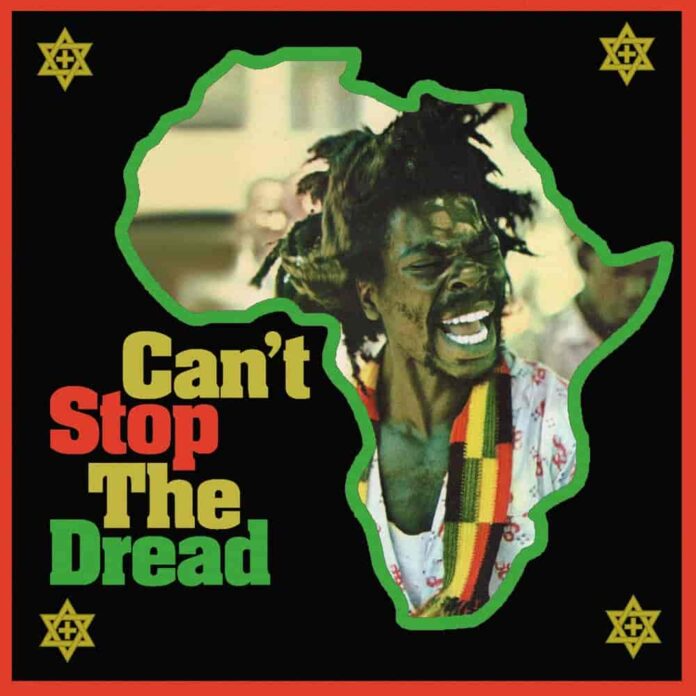 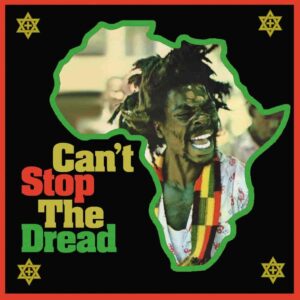 By the middle of the 1970s Sonia Pottinger had cut out an enviable reputation in Jamaican music circles since she took over the musical side of errant husband Lindon’s businesses in 1966. She then elegantly navigated the changing trends of Kingston and had become firmly established as one of the island’s top music producers. The High Note label was the focus for her roots reggae recordings and this new 2CD set Can’t Stop The Dread aims to collect the best of her output from that label from 1975 to 1979.

When in 1975 Sonia took over the Treasure Isle studio and label from an ailing Duke Reid, she was already managing to keep the top of the production tree while others fell by the wayside. Reid himself had bridled at Rastafarians and their heavy ganja use when they began to make their presence felt during the original reggae boom. The Rastafarian culture moved to the very centre of Jamaican music as the 1970s rolled on and with the roots sound gaining more and more prominence, anyone ignoring it would be to appear hopelessly out of touch. But it is worth remembering that those Treasure Isle rocksteady rhythms were endlessly recycled in dub recordings too and they were now at Sonia’s disposal. Also her deep love of rocksteady and ear for a catchy, soulful melody meant that she adapted to the roots sound fairly easily.

Marcia Griffiths and Bob Andy were undoubtedly two of her biggest stars during the timeframe featured here, but this set looks elsewhere in her roster of high quality artists (Some of Marcia’s 1970s work was reissued by Doctor Bird on the Steppin’ set from a few years back, reviewed here). Big names like Ansel Collins, Justin Hinds and Leroy Smart were joined by emerging talents Mikey Dread and Rankin’ Joe. She could also call on The Revolutionaries as a backing outfit, with Sly Dunbar and Robbie Shakespeare supplying a massively solid rhythmic base.

Also around this time the 12 inch disco mix came into play and many of the selections on Can’t Stop The Dread are featured in this form. Generally they broke down into the “song” section of the tune first, then had an extended dub section which kept the dance going and was easy to mix into the next number for the DJs. On a few of the faster selections you can even see the roots (sorry!) of dancehall taking shape. Things seldom stood still in Jamaica.

This 2CD set gets underway with the lilting rhythm of Delroy Denton & The Silvertones’ Sufferer’s Child, which ably combines a socially conscious lyric with a lovely pop reggae sound. The Africans were a little-known duo of Keith Simms and Winston Palmer and had recorded fitfully from the early 1970s onwards. But their Trouble And Strike, featured here, must have been among their best, full of chilled dub effects and real soul energy.

Penned by band members Ephraim Baxter and Hugh Lewis, Well Pleased And Satisfied’s Chat Chat has a very lively, exotic beat which even appears to include a little soca in the blazing rhythm. This points the track firmly in a proto-dancehall direction. Well Pleased.. also do well elsewhere in this set with easy and infectious rhythm of Walla Walla and Love Sweet Music, one that has a smart guitar drop out in its lengthy dub coda.

Justin Hinds & The Dominoes had made their name during the ska boom, being one of Duke Reid’s early success stories. After that they surfed effortlessly through rocksteady, reggae and into roots. A simple organ riff powers their Rig-Ma-Roe Game, which has some lovely dub echo effects and Wipe Your Weeping Eyes on disc two employs tinkling percussion allied to a steady skank and soulful vocals. Jackie Edwards was another veteran who had recorded in the pre-Ska era (and was also a pivotal figure in the formation of Island Records) and got a second wind during roots/dub. He impresses here with the upbeat A New Recipe and Get Up, which inspired Revolution Rock by The Clash.

The Kingstonians were another vocal group with a long history, recording memorably with Derrick Harriott during the high rocksteady times. Here they reboot their first hit Winey Winey for the 1970s, showing you can’t keep a good tune down with neat guitar licks and a cool dance rhythm. Another band with a long history were the Slickers, who feature here under pseudonym The Survivors with Let It Out, the ultimate in golden-voice reggae. Delroy Wilson gives us a spritely Conference Table and Leroy Smart’s Too Much Grudgefulness is a great sunny reggae pop with a message sound.

Ansel Collins & The Revolutionaries’ Get It Up (12″ Version) shows the reggae organ instrumental as pretty much indestructible after being perfected in the early days of skinhead reggae. Get It Up takes a very simple keyboard riff and goes with it and boy is it effective. The Revolutionaries step out on their own with the r&b brass-embellished Regulation 15 and team with Errol Scorcher on his toast Peace Truce. Finally they pair with trumpeter Bobby Ellis on a massively popular version King Edwards’ ska hit Shank I Sheck.

Talking of toasting, the DJ talkover sound that began to make a mark in the late 60s came back with a vengeance in roots/dub. It was just the kind of style of vocal that fit perfectly on those 12 inch dub sections. I-Roy had been around from the start and Babylon Road is a great example of his art, always sounding in control and entertaining. Ken Quatty had cut his first discs in the early 1970s and Badness No Pay, his track on Can’t Stop The Dread, has makes use of some prime trombone work which helps his “nursery rhyme & shouts” performance go down well.

Rankin’ Joe’s title track steams along in a very cool way and Mikey Dread’s rambling Rasta chaos of Roots Man Revival is simply a joy to hear. Jah Thomas rides a clip-clop percussive beat in his cool toaster Righteous Train and ex-cabinet maker Enos McLeod brings the curtain down on Can’t Stop The Dread with the tight rhythm and soaring vocals of See It Deh.

Sonia Pottinger, with her long-running success in the 1960s and 1970s, may not be the most trendy name in dub/roots reggae circles. She may not have the wild insanity of Lee Perry and his Black Ark experiments, but more than made up for it with her high quality and creative productions during this period. On Can’t Stop The Dread, even missing her big stars Marcia Griffiths and Bob Andy, she and her singers and players conjure something hugely satisfying and as cool as you like. A fine set which is a testament to the many talents on show.