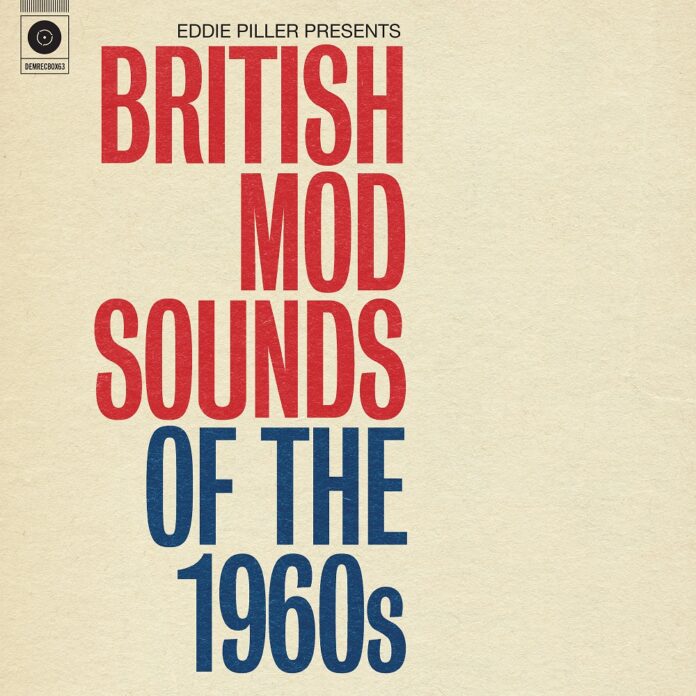 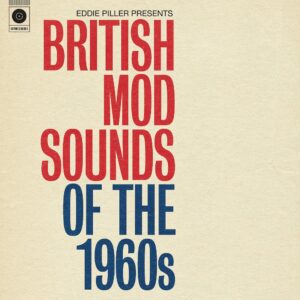 British Mod Sounds Of The 1960s

Eddie Piller presents a 100-track deep dive into the Mod scene of Sixties Britain, from its R&B roots through to its soulful, psychedelic finale.

Mods: Scooters bedecked with mirrors. Parkas with RAF roundels. Mohair suits and button-down collars. Purple Hearts and Dexys. Fights with rockers on Brighton beach. Mod was definitely a style, a look, a way of life. But was it ever really a sound? And if so, what is that sound, beyond The Who and The Small Faces?

That’s a question to ponder while working your way through the 100 tracks on this comprehensive box set compiled by Eddie Piller.

He’s the first to admit that it’s not definitive because no such thing exists – and, more prosaically, because some key tracks by key bands, including the Stones, Them and that most definitive of Mod bands The Who, were unavailable for licensing reasons. As he says in his Foreword to the box set, while some bands were Mod to the core (The Small Faces, The Action, The Fleur De Lys), and others boasted bona fide Mods in their line-up, (The Kinks, The Artwoods, The Moments), some of these recordings were made by “very uncool session musicians without an ounce of Mod in them.”

So what have we got? A very broad church encompassing ‘beat’ music, R&B, jazz, soul, blues and psychedelia – and that most British of hybrids, freakbeat, along with the green shoots of prog. Listening through all 100 tracks and trying to pick something quintessentially representative of Mod, I would settle on the short-lived band Dog Soul’s twangy take on Eddie Floyd’s soul stomper Big Bird. Not just for the way it injects its soul sound with a guitar twang but in blending both sides and sounds of the Atlantic – literally so, since Floyd, a Southern soul man, wrote the song at London Airport while waiting to fly home to Otis Redding’s funeral.

Despite the missing superstars, the collection has more than its fair share of famous names, especially if you count The High Numbers as The Who – which they were. From the blues and jazz side of the street we get The Yardbirds, John Mayall’s Bluesbreakers, Bluesology, Georgie Fame & The Blue Flames. From the soul side there’s Jimmy James & The Vagabonds, Geno Washington & The Ram Jam Band, Cyril Davies & His All Stars. Then there are the beat groups, like The Hollies, whose Bus Stop was written by a teenage Graham Gouldman long before 10cc. In fact, if there’s a theme to this set, it’s the inclusion of early, often obscure recordings by musicians who went on to find international fame and fortune.

There are a couple of early efforts by Rod Stewart – he wasn’t called “Rod The Mod” for nothing – in the form of Good Morning Little Schoolgirl, and with the proto-Faces band Quiet Melon, singing Early Roller Engine 4444. His old mate David Bowie is here too, performing the frankly forgettable Can’t Help Thinking About Me (more the Bowie of Laughing Gnome than Ziggy Stardust), as is Marc Bolan (whose Desdemona demonstrates why John’s Children never achieved the success of T.Rex) and, apparently, Elton John – though I can’t for the life of me find out where.

There’s plenty more virtual crate-digging to be done over the course of these four discs. Graham Gouldman of 10cc appears while still a teenager, both as a songwriter (Bus Stop by The Hollies) and as performer (The Morning After by The Mindbenders), while Ronnie Wood appears in at least two configurations (The Birds and Quiet Melon – his big brother Art’s short-lived swansong with what would become The Faces).

From the future world of heavy rock, there’s Deep Purple’s keyboard genius Jon Lord (The Artwoods) and Uriah Heep’s Ken Hensley (The Gods) and, somewhere in there (probably with Rod) is Jeff Beck. Lord’s organ can be heard to great effect on The Artwoods’ I Take What I Want and, speaking of Lord, The Spectres’ Nothing Yet is the note-for-note prototype for his next band Deep Purple’s Black Night. Not to be confused with another prototype, Pete Townshend’s It’s Alright (later to become The Kids Are Alright) performed by The Rockin’ Vicars with a certain Ian Willis on guitar… later to become better known as Lemmy.

Others featured here would go on to find fame and fortune in less likely places after the short-lived Mod era ended, especially The Fleur De Lys, whose whose keyboard player Pete Sears went on to become (via Rod Stewart’s first four solo albums) a founder member of Jefferson Starship, while Gordon Haskell, the bass guitarist (and performing Tick Tock with Shyster), would replace Greg Lake in King Crimson.

Some of the tracks here are by groups so obscure that they never actually got to release a record in the ‘60s, but Piller managed to track down the tapes so they can see the light of day more than half a century later, annotated in the sleeve notes of Paul ‘Smiler’ Anderson, author of Mods: The New Religion and Mod Art. It was an era when bands formed initially to play the RnB music of their own musical heroes from across the Atlantic – The Beatles, The Who and The Rolling Stones all started out that way. Others never moved past that phase to formulate their own sound like those giants.

There is also a handful of big names whose presence, I imagine, owes more to their subsequent fame – Tom Jones and Dusty Springfield, for example – than for any real connection to the brief. And I will never understand what Kenny Lynch is doing in this collection with a dreadful MoR ballad.

I like the supercharged Bo Diddley beat of The Riot Squad (see also the eponymous song by Bo Street Runners), and I love the searing guitar on the psychedelic soul stomper Hold On by Sharon Tandy, the first white artist to be signed to Stax and revered in her homeland as South African’s answer to Dusty Springfield.

I especially enjoyed the frantic harmonica on the instrumental Country Line Special by Cyril Davies & His R&B All Stars and the pre-Doors workout on Backdoor Man by The Muleskinners. Then there are the freakbeat numbers, with the psych guitar on The Koobas’ You’d Better Make Up Your Mind and distorted twang of The Sorrows’ Take A Heart. There’s the psychedelic RnB of The Move (You’re The One I Need) with The Blue Rondos (Baby I Go For You), while The Creation (Making Time) and Mark Four (I’m Leaving) come as close as any British bands would to the Nuggets sound.

Some songs are novelties, like The Go Go Train by Mike Stevens and the Shevelles, name-checking all their fellow travellers to create a compendium of the era in a single song, while Dave Anthony’s Moods sounds like the soundtrack for a Sixties movie with New Directions. Elsewhere, the germs of prog can be heard in the guitar workouts on Razor’s It’s A Hard Way But My Way and there’s the proto-prog of The Quirk with Bert’s Apple Crumble, a daft title to sit alongside some truly terrible band names – Apostolic Intervention, The Wards Of Court, The meddy-EVILS, Wainwright’s Gentlemen.

They could not have come from any other decade but the Sixties.