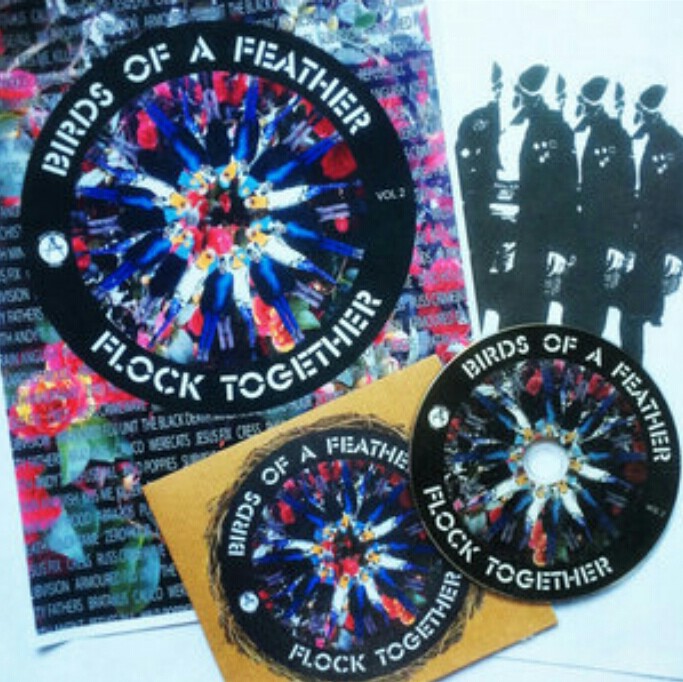 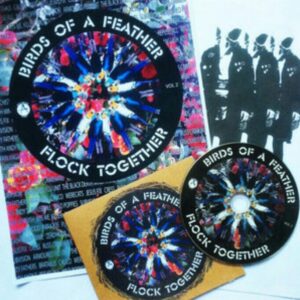 Grow Your Own cast their net around the UK punk scene and deliver up a taster of what’s on offer as a follow up to the first Birds Of A Feather.  It’s an absolute bargain says Nathan Brown.

While a few of the bands featured on this comp have released – or are due to release – music on Grow Your Own, this is less a label sampler and more of a “friends and relations” or perhaps a snapshot of some of what is on offer from the UK anarcho-punk scene as it stands today.  With its wide range of styles (eclectic is the word, I believe) and different takes on DIY punk it shares something with the old Bullshit Detector compilations. What it doesn’t share is that these are all recorded properly rather than on a ghetto blaster through a mouldy sock. How times have changed…for the better.  After all Doing It Yourself shouldn’t mean having to compromise on recording quality any more than you would compromise on your message or how you sound if a record label asked you to. This really is a diverse collection and well worth the £6 price to be introduced to some of what is going on in today’s punk scene. That is less than 30p per track!

The names of the bands featured are generally recognisable as having a buzz about them, and plenty have been featured on Louder Than War. The 21 tracks veer from straight up punk rock and the to-be-expected angry shouty rants to rockabilly or indie inspired tunes, pop-punk and even a couple of folk protest numbers. Stand out tracks include the dub poetry of Inerrant featuring Andy T and the crazed “prank rock” cabaret of  Anarchistwood (a band I have criminally managed to not quite see on too many occasions).  The latter track reminds me of Inner City Unit for some reason.  Anyhow, the rest of the cast is: Mindframe, Zero Hour, Zombie Met Girl, Brain Anguish, Kiss Me Killer, Proud City Fathers, Bratakus, Calico, Werecats, Jesus Fix, Crss, Russ Crimewave, Abrazos, Punka, Refuse/All, Wild Poppies, Subvision, Armoured Flu Unit, The Black Death.

One thing that is particularly striking, and speaks volumes about the honesty of Grow Your Own and what it represents is the clear statement “copyright on all tracks owned by individual artists”.  The cover is an eco card gatefold deal and the accompanying zine features art & lyrics from the contributing bands.  The first 200 get A4 with the rest of you chumps having to make do with A5.  As with the recording quality, DIY in this instance means high quality full colour print not faded black and white blurry nonsense.

Sanction This: We Are Abandoned – Album review

January 3, 2017
We use cookies to ensure that we give you the best experience on our website. If you continue to use this site we will assume that you are happy with it.Ok