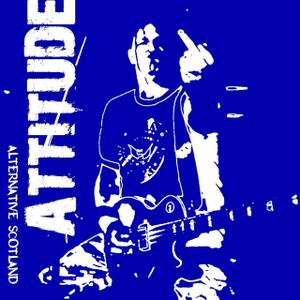 I can safely say I’ve never reviewed anything, album, live show, film, whatever and given it full marks. Hold the front page. Here comes my first ten-out-of-ten review, folks.

Now I’m Scottish and you may think there’s a bit of tartan bias going on. Not so. I’m usually harsher on my compatriots as a trail of nasty Facebook and email messages in my inbox can attest. I have a pretty thorough knowledge of the punk scene North of the border and to say I was pleasantly surprised by the quality herein is something of an understatement.

Shug O’Neill of The Snipes (and formerly of Cocksparrer, fact fans) has helmed this voyage into the dark recesses of Scottish punk and for that we should all be eternally grateful. Not many people are willing to put the time, effort and cash into publicising anything other than their own ventures and its hats off to Shug for pulling this off. Volume 2 is in the pipeline already if I’m not mistaken and that should be a cracker too.

Now, genre compilations, by their very nature, are often hit or miss affairs. One or two good tracks amongst lots of dross is usually the result. I’d be willing to bet that not many LTW readers spend a lot of time listening more than once to label or tribute compilations.

Attitude is a real labour of love, however. The Snipes appear as do nine other bands with two tracks each and as a snapshot of a vibrant Scottish scene, it’s without parallel.

The Snipes are real unsung heroes in Scotland; scything, goosebump inducing pop/punk, every song totally memorable. The two herein, Tell Me The Truth and Rock & Roll Monster are totally indicative of what they do; fat free rockin’ with a melodic nous and terrific lyricism.

The real eye-opener on the album early doors is the two tracks from Razorblade Smile. Street punk from Govanhill in Glasgow, they’ve been noisily annoying the neighbours for some years. The improvement since I last heard their material is quite startling here. Hit The Floor sees their Demob-meets-Pistols racket at full effect. They’ve upped their game considerably and are the local dark horses and one to watch just now.

The Zips, formed in 1977, are the veterans of this collection. They released a couple of (now very rare and collectable) singles back in the punk wars and reformed a few years ago reinvigorated and as good, if not better than before. Their two contributions herein are solid gold punk rock and bode well for the new album coming soon.

The Jackhammers, if you’re unfamiliar, are headcases. In a good way. Drooling, idiotic punk is their stock-in-trade and they are very good at it. They’re actually not drooling idiots, by the way, they’re very nice blokes. Bingo Wings Breakout, paraphrasing The Fall song, is typical of their high energy carnage.

The Cundeez, from Dundee, have been making waves for a while now. If you’re not a local you may need a dictionary, but take it from me, they’re funny as well as musically excellent. Yir Talkin Shite is probably easily understood as a title but those not blessed with being Scottish may struggle with the lyrics. Don’t let that put you off.

Louder Than War faves The Coffins appear, and while not strictly punk rock in the regular sense, their  metallic KO of lunatic rockabilly meets Alex Harvey is one of the stand-outs on the album.

With excellent tracks from Rebellion regulars The Red Eyes, Eddy and The T-Bolts, Crossfire and Spat, this is a compilation that you will, believe me, keep playing. Don’t get me wrong, there’s bitching and infighting in the Scottish punk scene as there is, no doubt, anywhere else but ventures such as these deserve wider attention and all involved should be rightly proud of what they’ve achieved here.

Buy it. Go see them. Tell them they’re great. Just don’t sit in the house moaning about how it used to be in the old days.

Bands mentioned in this review can be found on the following pages: The Snipes, Razorblade Smile, The Zips, The Jackhammers, The Cundeez, The Coffins, The Red Eyes, Eddy and The T-Bolts, Crossfire, Spat

You can hear the album on iTunes here or on Amazon here.