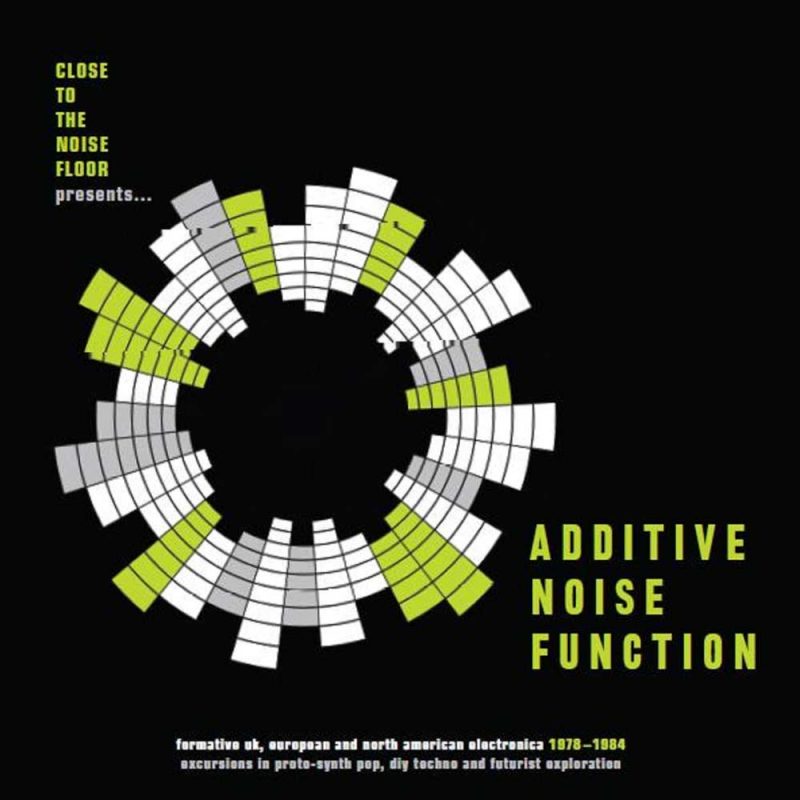 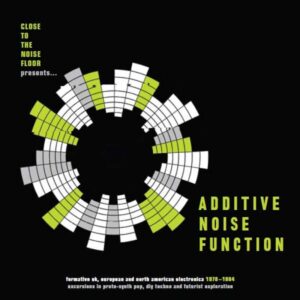 A vinyl collection of highlights from the first three volumes of the Close To The Noise Floor series, featuring the Residents, Minny Pops and Thomas Leer among others – LTW’s Ian Canty gets down to the sound of the electronic underground.

I’ve enjoyed reviewing each volume of the Close To The Noise Floor series on LTW and you can find those scribblings here (Vol1, Vol2, Vol3). So what we have here is a vinyl issue for some of the key tracks, with the sleeve notes that include pen pictures of all the acts featured, often with input from the artists themselves. Basically here each CD collection is given one vinyl disc of highlights. So having already reviewed the 4CD sets, the best thing I think I can do here spin the records and see what catches this time round.

The first disc focuses on the original Close To The Noise Floor set, looking UK electronic activity from the years 1975 to 1984, which was supported by Dave Henderson’s crucial Wild Planet column in Sounds magazine. As such it has some names which may be familiar to scene followers, but only really Thomas Leer who might be known to more casual observers. His Tight As A Drum, which starts side two, is full of thudding percussion and twinkling keyboard flourishes, before a spectral voice makes an appearance halfway through.

Spoon Fazer (actually one man, Simon Patterson ex-The Whippets From Nowhere) offer a prime piece of Electropop in Back To The Beginning, which could have made an impact on the charts, had it been released at the time. Five Times Of Dust add something that sounds like a soul organ swoop to their track The Single Off The Album, and the Legendary Pink Dots’ otherworldly God Speed pulls in weird 60s psych alongside their experimental edge. Portsmouth’s Renaldo And The Loaf close this first platter with the droning, bubbling Dying Inside revealing them as kindred spirits of the Residents (it wasn’t by chance they recorded for Ralph Records too).

We move to mainland Europe for the second selection, culled from the Noise Reduction System set. DAF probably won’t be a new name to anyone into Electronic Music, but their Ich Will is full of their dynamic and aggressive verve. the Netherlands’ Minny Pops, beloved of Slash would you believe, set out a very fast rhythm that the vocal struggles gamely and appealingly to keep up with on Son, and Front 242 spice their dance beats up with a sampled prison rant on their track Principles.

Over on the flip of this record Les Vampyrettes offer an evil-sounding treated voice, explosive stabs of rhythm and methodical pacing on Biomutanten. Asmus Tietchens, who had been experimenting with electrical sound since 1971, gives his Troglodyten an eerie, spacey calm atmosphere before building up to bristling menace and then repeating the process. Lux by Schaltkries Wasserman ends this look into Euro-Electro with a dripping synth sound and circular melody – rum goings on indeed.

Finally the Third Noise Principle selection on disc three takes us across the pond to look at what American dabblers in “difficult music” were up to in the 70s and 80s. Futurisk confront us with a barrage of beats and bleeps which is the intro to their Push Me, Pull You (Pt 2). It then settles down to a wheezy take on synth pop with bracing and heavy percussion. Galen Herod (tight rhythm patterns and treated voice on Lowdown) and Blackhouse see out this side, with the latter’s pretty ugly noise on their track Be Good serving to remind us electronics could be as brutal as any other instrument in the right (or wrong) hands.

Over to the other side of this last disc we get Richard Bone’s Mambopolis which has a much brighter feel than what we heard on the above. The Residents, the biggest name here, mine their Commercial Album/Mole period with 99 Space Music and Tuxedomoon provide a classy offering as always on Nite And Day (Homage A Cole Porter). We finish with Port Huron, Michigan’s very own Hunting Lodge, who provide us with a vigorous mixture of found sound and metal percussion on Simulation/Simulation (Edit).

This is a neat summation of the series laid out for the vinyl obsessives among us. There’s nothing here that wasn’t on the previous collections, but that is made pretty clear from the get-go and the LPs sound good with some interesting information on the inner sleeves. The faltering steps of electronic music in Europe and the USA is pretty well-served by this compilation: raw noise and heavenly pop sit side by side, the rough with the smooth so to speak. The selections make sense set out as they are and it is an enjoyable, if sometimes challenging, ride. Which probably is the point.