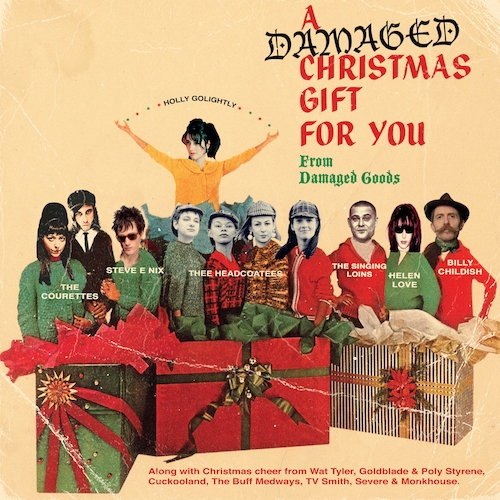 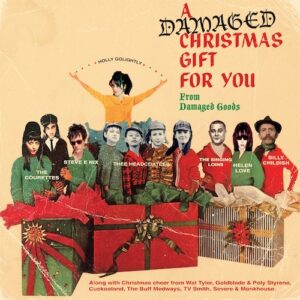 Various Artists: A Damaged Christmas Gift For You

Damaged Goods release their 2021 Christmas album and it’s all killer no (stocking) filler.

We all know that time of the year is once again rolling around where we overindulge on mince pies while wondering if the next year will be better than the last. Here’s bloody hoping! While Ed and John clog up the Christmas charts, there will always be a blast of a Christmas album to shack the mistletoe from the ceiling and keep the yuletide log rocking. Thank you Jesus (happy birthday in advance by the way) that this year it comes in the form of a great album put together by your friendly neighbourhood independent rock ‘n’ rollers Damaged Goods.

The label have had a fantastic year three of their releases made our Best Albums of the Year run down. Only seems fair then that this compilation kicks off with two of those, and what better way to start a Damaged Christmas Gift than with the classic Christmas 1979 from Wild Billy Childish and The Musicians Of The British Empire? Chugging and chiming to holiday perfection. From there come the stars of Damaged Goods in 2021, The Courettes. They’ve had one hell of a year; a critically acclaimed third album, full-on European tours and dates already announced for 2022. Their Christmas (I Can Hardly Wait), initially taken from their split 7″ with Powersolo is exactly what we’ve come to expect from the duo. It chimes with Spector-style production, bells shaking and the garage-soul coming through in spades.

The album is a post-dinner cheese board of Damaged Goods’ delights with some of their classic acts making appearances. We get Christmas Tree On Fire from Holly Golightly (who also appears with The Greenhornes for a rendition of Little Stars), Merry Christmas (I Don’t Wanna Fight) from Helen Love with some great mash-ups in there, TV Smith doing Xmas Bloody Xmas, and The Buff Medways’ Merry Christmas Fritz. Our own John Robb makes an appearance with Goldblade and Poly Styrene on the wonderful City Of Christmas Ghosts from their 2008 single. Elsewhere, Cukooland pull off a great pop-punk version of Silver Bells and The Cute Lepers bring their own Christmas Song to the party, a wonderful sprinkling of powerpop to the mix.

The present is shakey for many independent labels right now and the Ghost Of Christmas Future has no remedy for the crisis they’re facing in the vinyl pressing industry. Damaged Goods have been a home for many fantastic bands for many years now. This Christmas, if you only buy one Christmas album, make sure it’s a Damaged one.

You can buy A Damaged Christmas Gift For You from the Damaged Goods website.