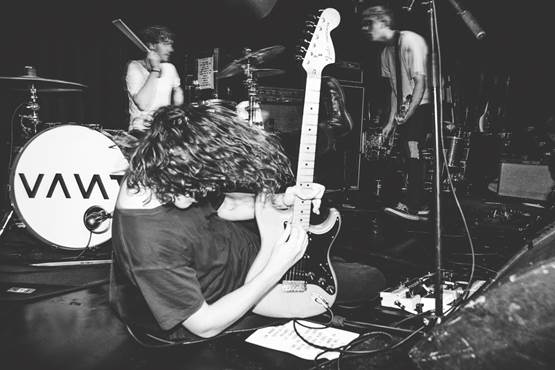 VANT Announce: The Last Days of Punk UK Tour Dates for this Autumn

After touring up and down the UK, playing numerous festivals the politically critiquing VANT British indie rock band, delivered their debut album, Dumb Blood to a feverish response. The album divided opinion with some hailing their output as the newest and greatest while others claimed a lie in bed would be preferable to the revolution VANT were proposing. Here they are, after triumphant showing on the main stages at Leeds and Reading, finishing up the year by announcing The Last Days of Punk UK Tour dates doing what everyone agrees they do magnificently; play live.

From gender dogmas to foreign hostilities VANT lyrical content runs the political gambit which they’ve enveloped in guitar feedback and feverish rhythms. Their political stand has a common link with punk and garage rock bands both of the past and present. On record aspects of their message fails to pack as much of a punch as one expects they would like it to. VANT in a bar or club, do deliver an audaciousness heart pounding exhilarating show so they certainly raise passions if not necessarily awareness.

Announcing The Last Days of Punk Tour, front-man Mattie Vant explains: “This summer we made our US debut in New York and Chicago at Lollapalooza, we’ve been all over Europe and last weekend we played the biggest shows we’ve ever done on the main stages of Reading & Leeds Festivals. This autumn we’re going back to the spirit of punk, back into intimate venues across the UK, many in places we’ve never played before, getting up close with our audience and bringing the Dumb Blood era to a hot and sweaty conclusion before starting work on our next album.”

While you can expect a set heavy with tracks from Dumb Blood, VANT are sure to mix in older tracks too provide a special intimate club experience (read sweaty) captivating all that is great about this energetically and emotive band.

VANT – The Last Days Of Punk UK Tour dates are as follows:

Tickets go on sale now at many of the usual ticket retailers including See Tickets.