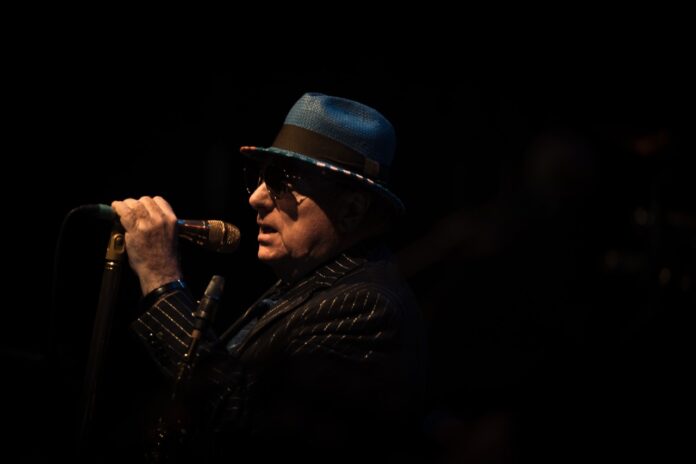 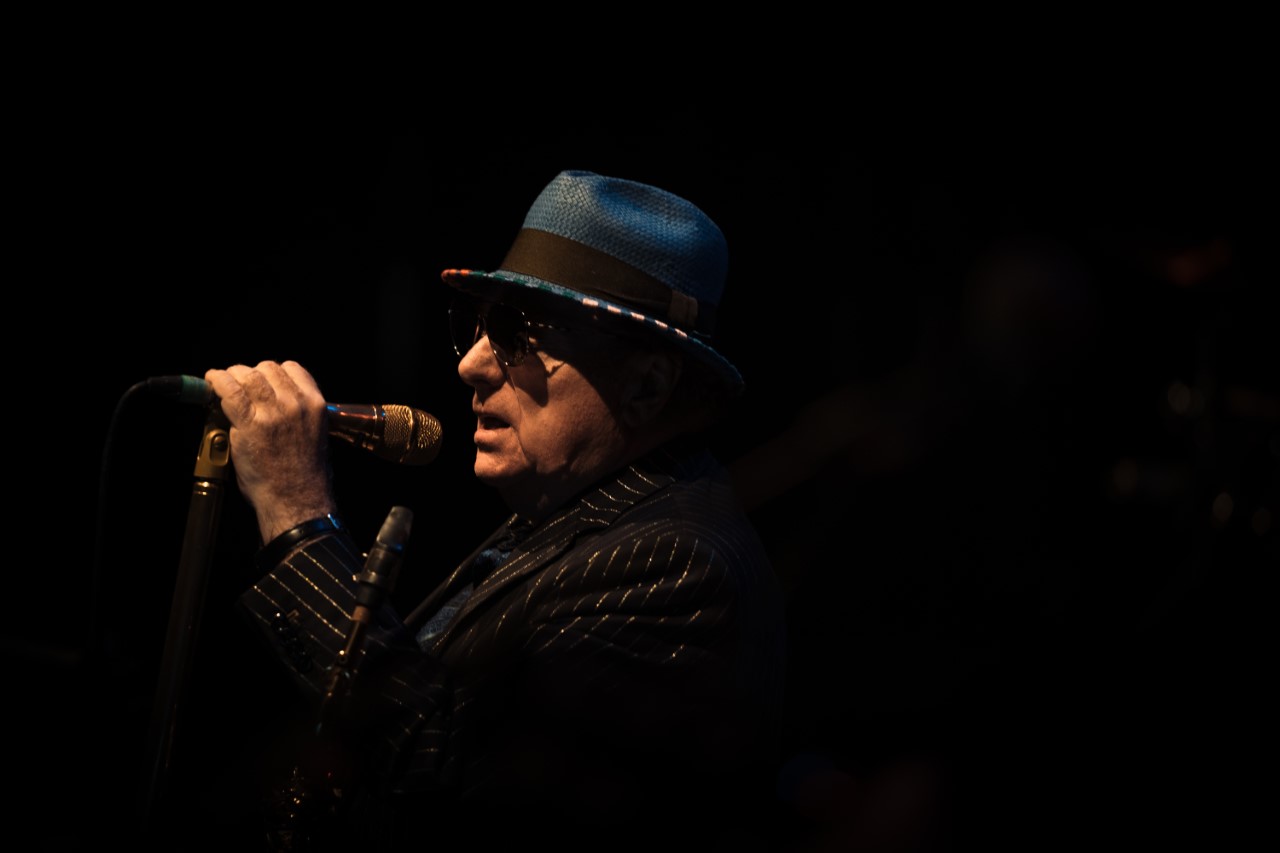 Van the Man? To paraphrase Peep Show, it should be ‘Ven the Men’. For tonight isn’t just about the Belfast balladeer. Over the course of nearly two hours, Van Morrison’s band are the gears and the glue, driving the singer’s bull seal bellow forward with creativity, majesty and melody.

It’s testament to their ability and their enthusiasm that when the closing Gloria – a ’60s smash for Van’s first band Them – hits a solid instrumental groove, Morrison leaves the stage a good ten minutes before the song is over and the audience does not bat an eyelid.

As they did when LTW last caught Van the Man live in 2021, each musician has ample time to showcase their significant talents, whether it be a driving guitar solo, complex keyboard parts or an electrifying stab at the xylophone.

The thought of a significant amount of stage time without Van Morrison would have seemed unthinkable for anyone attending their first concert by the blue-eyed soul stirrer, but throughout the night his band show they are some of the handiest hired guns in town.

Take the soaring solo his fine backing vocalist takes on during the epic Sometimes We Cry – whereby a rowdy fan commits a crazy novelty by almost, almost making Van chuckle during the song’s lengthy breakdown – or the dextrous guitar solos that accompany the rambunctious cover of Laughin’ and Clownin’. Morrison himself shows he has another ace up his sleeve besides his voice, performing taut and dextrous blasts of saxophone during the contemplative classic Days Like This and the jaunty Caledonia Swing. Van the Vessel would also be a more appropriate nickname, for throughout the course of the show, the songs – and that voice – seem to flow through Morrison like an act of divine intervention.

As a frontman, he is a stoic and silent figure. The only movement comes from his gesticulated thumps of the air during a crescendo or his adjustment of his music stand. Dressed in his usual uniform of natty blue suit and aviator shades, a shock of red hair poking through his ever-present trilby, Morrison resembles an ageing boulevardier rather than a Rock & Roll Hall of Famer.

However, when he opens his mouth to sing, something truly transcendental happens. At 76, he still possesses a powerful, stirring set of pipes that are able to demonstrate bluesy menace or soulful sorrow with equal aplomb.

His most recent album, the glibly titled Latest Record Project Volume One, demonstrates Morrison’s commitment to the craft of songwriting is admirably workmanlike, but also remarkably consistent. For example, the groove of Double Agent slots in seamlessly amongst classics like Someone Like You.

The songs lifted from his flawless Moondance album – the uplifting These Dreams of You and the wistful And It Stoned Me – possess the same verve, beauty and charm as they did when released in 1970, but this time there is added punch and poignancy from the thumping guitars, strident sax and epic harmonies.

Brown-Eyed Girl remains Morrison’s touchstone, and its youthful pomp gets most of the seated crowd up on their feet. As the Northern Irishman bows his goodbye, he leaves the stage while still singing. It’s a fitting representation of the devotion Morrison has for his craft.