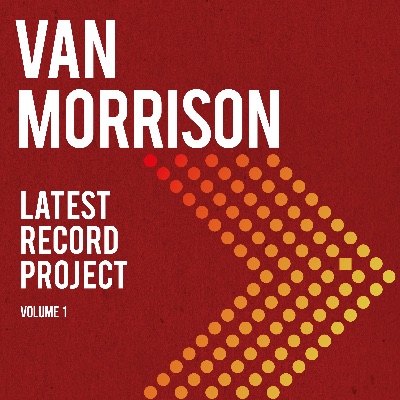 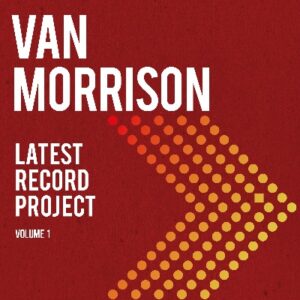 Van Morrison is in fine voice on a sprawling 28-track album containing some of his best music of the century – and lyrics like the ravings of a conspiracy blogger (or Ian Brown).

This is a tricky one. Taken on musical terms alone, Van’s 42nd album is one of his best in a career spanning more than 50 years. Judge it by its lyrics and it’s almost certainly his worst. Then again, George Ivan Morrison has always been a man of contradictions.

Is he the mystical poet who makes spiritually transcendent albums like Astral Weeks, creating beauty by blending jazz, soul, gospel, R&B and Celtic folk? Or is he the cantankerous curmudgeon who reduces experienced journalists and hardcore fans to tears with his indifference and hostility to their admiration?

He is of course both. And, as is so often the case (Lou Reed springs immediately to mind), you probably wouldn’t get one without the other. Thankfully, there are plenty of fans willing to forgive him for his eccentric views on the pandemic. And no one would argue that those views are not honestly and firmly held, however much we might disagree with them. At the age of 75, Van sees himself as the last protest singer.

So let’s luxuriate in the music instead. After all, you don’t need to pay close attention to the words. But be warned: if you do, you may find some of the songs hard to swallow. At least his message isn’t hidden away – like a microchip in a vaccine, you might say. Titles like Why Are You On Facebook? and They Own The Media need no further explanation, putting the blame firmly on “them” (but not, presumably, Them, which was the name of his first band).

“They” are very much the butt of many of the songs here, whoever “they” are (and let’s hope they’re not who they usually are when people start spouting these sorts of views). Thankfully, Van keeps their identity to himself, even when he’s lambasting “the media” and “the system” and everyone else trying to make him “obsolete.” Which is pretty much most of the time. But let’s not dwell on the lyrics because much of this music is sublime. It was recorded during lockdown in a combination of studios – Real World, Musicbox in Cardiff and the Bath Spa Hotel – with a crack team of musicians.

Van himself plays piano, guitar and sax, joined by Richard Dunn on Hammond organ, Dave Keary on guitars and banjo, Stuart McIlroy on piano, Pete Hurley on bass, Colin Griffin on drums and percussion, and a vocal trio of Dana Masters, Crawford Bell and Kelly Smiley lightening the tone with throwback doo-wop harmonies; with some tracks featuring Jim Mullen on guitar, Gavin Scott on bass, Paul Moran on the organ and Mez Clough and Teena Lyle on vocals.

Musically, it delves deep into his musical influences and styles, going right back to Them, whose primal R&B is channelled on the Sixties-style twang of Stop Bitching, Do Something, with its Bo Diddley riff and muttered complaint about how “the system is blocking you,” making poor old Van “non-essential, obsolete” – something for which, on this occasion, he really can blame Them.

Where Have All The Rebels Gone? laments the lack of individuals prepared to speak their mind, except as “a PR stunt”, a theme that continues into the wistful Psychoanalysts’ Ball, in which Van asks “Can you think for yourself?” before Dave Keary picks out a plangent guitar solo. It’s beautiful.

While most of the songs occupy the vast space between jazz and the blues, there’s a country swing to A Few Bars Early and Western Man (with Dave Keary’s banjo to the fore), and Deadbeat Saturday Night, a rockabilly-styled song that will unite all music fans in its summary of lockdown misery: “No life, no gigs, no choice, no voice, it’s no dice.” 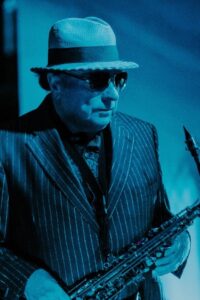 Duper’s Delight expands on the reasons why (it’s because “they” are trying to “confound and double-cross us”) while, in the Chicago blues of The Long Con, Van is trying “to get to the bottom of who’s pulling the strings.” It’s probably “them” again, as it is in Big Lie, a duet with Chris Farlowe, another old bluesman with similar libertarian views.

Thankfully, the music is sublime, most of all when he goes back to the blues on Thank God For The Blues and Blue Funk, the latter featuring a fantastic sax break by Van before he breaks out the crazy stuff again (“Stop listening to the mainstream media junk – look at how far we’ve sunk”).

Double Bind warns us about “mind control” and how “they” are policing everybody’s mind to keep us in line: “Nowadays you have to be careful of everything you say,” he advises, oblivious to the fact that he’s free to say exactly what he wants to say, however bonkers – and is actually doing so right here. Typically, it’s a great song, with swirls of Hammond organ that transport the listener back to Memphis in the Sixties and an image of Booker T at the keyboard.

It’s not all serious stuff; Only A Song (video below) is exactly that – a light, playful slice of jazz – and the soulful break-up ballad Love Should Come With A Warning (with lyrics by the veteran Don Black) shows his tender side, while Up County Down is a joyous celebration of the place he was born, a song that could have come from any album in his career. And the title track, which opens this double-CD/triple-LP features glorious “Sha-la-la” doo wop vocals contrasting with his soulful growl.

But Van is a man with a message, a man on a mission, and it’s too late to stop now. He comes right into the open on the self-explanatory They Own The Media: “They control the stories we are told / They control the narrative, they perpetuate the myth… Keep on telling you lies, tell you ignorance is bliss / Believe it all and you’ll never get to the truth / ‘Cause they control everything you do.” Would it be unfair to nudge the auld fella and ask how the heck he’s managed to put his record out if they’re controlling everything we do?

His paranoia reaches its deranged apotheosis on Why Are You On Facebook? in which he asks: “Why do you really care who’s trending? Or is it something you’re defending?” It’s tempting to record an answer-back song called: “Trending? That’s Twitter.”

The album ends with a song called Jealousy, in which Van concludes that the criticism he’s been getting since he came out as a fully-fledged Covidiot is, as the title suggests, a form of envy: “They don’t dig my philosophy,” he sings. “It’s just plain jealousy. Is it because i’m good at my job? I don’t go with the mob.” Then the coup-de grace: “I’m not a slave to the system like you.”

~
All words by Tim Cooper. You can find more of Tim’s writing at his Louder Than War author’s archive and at Muck Rack. He is also on Twitter as @TimCooperES.
~

Visit www.vanmorrison.com for the latest updates and ticket details for Van’s live performances. But don’t expect to find him on Facebook or Twitter.