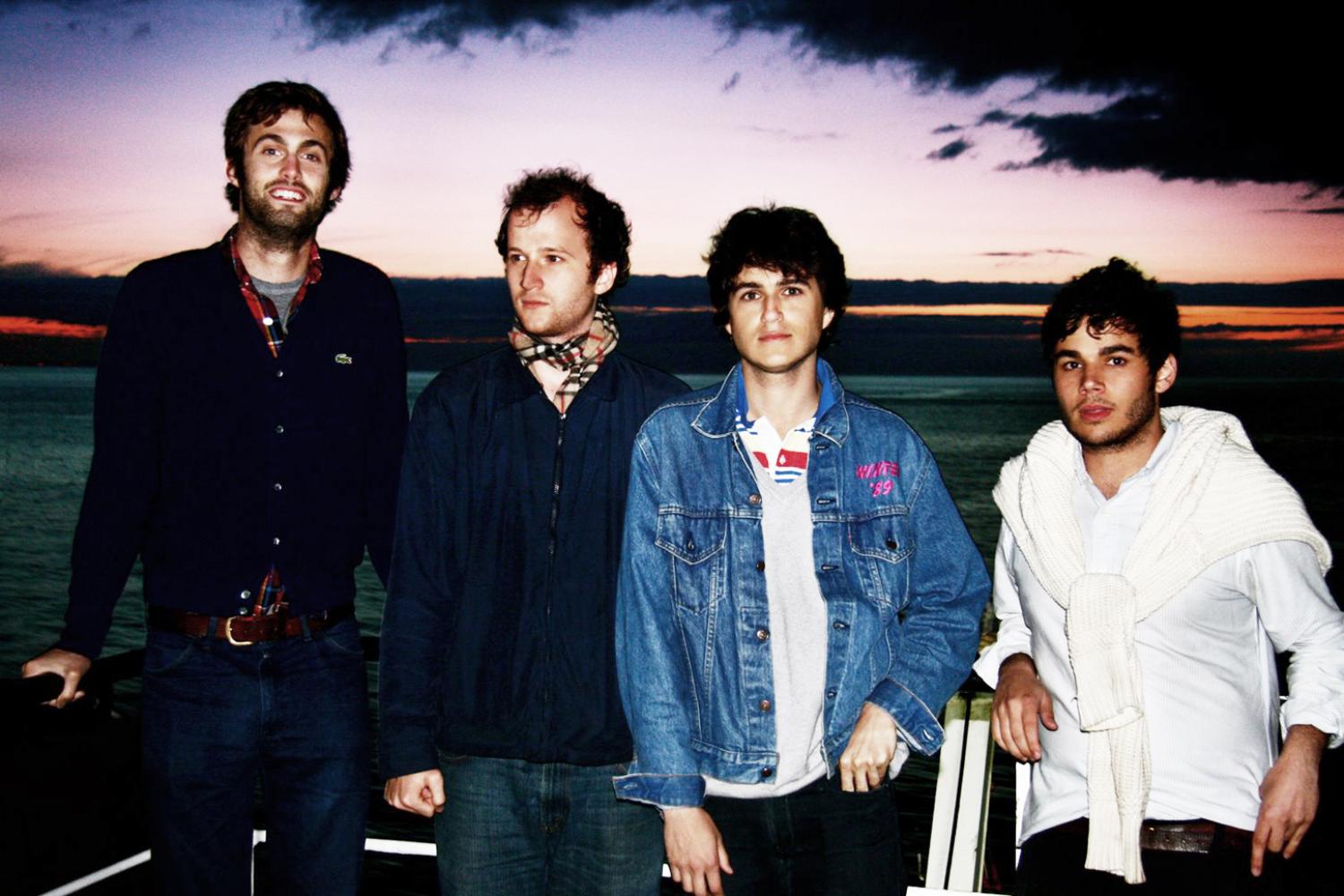 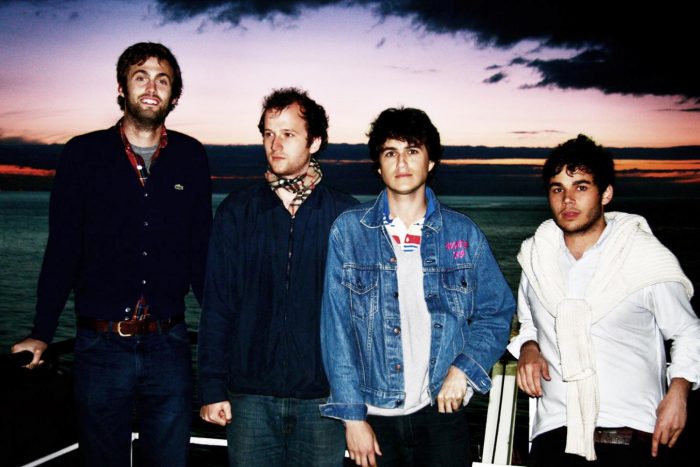 Vampire Weekend’s debut album arrived bursting with baroque instrumentation, African-indebted rhythms and a scrapbook of entitled American summers. Ten years on, it has lost none of its Wes Anderson-esque individuality, nor its homespun melodies. Sam Lambeth reviews.

Before Vampire Weekend became fully formed, future singer and guitarist Ezra Koenig was focused on another form of writing. Contributing short stories while a student at Colombia University, Koenig’s blurb described him as enjoying crafting stories on “the tenuous connection between preppiness and colonialism.” Several years later, it was this connection that fuelled a significant amount of his band’s debut album. Now celebrating its tenth anniversary, Vampire Weekend’s self-titled LP paints vivid pictures of wealth, status and history through snappy, multifarious pop songs.

Released in January 2008, Vampire Weekend had already drummed up significant salutations on what was known in the noughties as the blogosphere. Their boat shoes, ruffled fringes and button-down cardigans displayed a group that looked more at home wiling away the hours in an AV room rather than a rehearsal one, but the intricacies of the songs, as well as the detailed lyrics, showed there was more to VW than just an upper-crust aesthetic.

It is hard not to describe Vampire Weekend without referring to place. Whether intentional or not, place is a prominent part of the album, from the summers spent flaunting wealth in Cape Cod to the Nigerian juju and Zimbabwean beats that propel each song (the band would refer to this amalgamation as “Upper East Side Soweto”). Walcott begins with a galloping snare beat and dazzling piano, before evolving into a more sombre sojourn through the affluent areas of Wellfleet and Provincetown, as Koenig instructs his protagonist to “get out of Cape Cod tonight.”

This mistrust and derision at the preppy and the colonial is another frequent motif running through the record. Koenig uses his Cheever-indebted wryness and well-read cynicism to propel the likes of Oxford Comma, which uses the differences between spellings to rebuke grammar school snobs and their monetary boasts (“why would you lie about how much coal you have?” Koenig implores at one point). Equally as cutting is opener Mansard Roof, where colonialism rears its head once again (English maritime history, to be precise) as Koenig slams the wealthy, sheltering under such foundations.

Musically, while other American artists had previously plundered African music – principally Talking Heads and Paul Simon, whose 1986 opus Graceland was a frequent touchstone – the four-piece embellish each song with the flourishes of craftsmen. Koenig’s playful yelp accentuates the rolling One (Blake’s Got A New Face), while his guitar serves to accompany rather than rule, delicately complimenting the keyboard work of Rostam Batmanglij. Throughout Vampire Weekend, Batmanglij is the band’s secret weapon, responsible for the warm chords that bathe Oxford Comma, the baroque shuffle of M79 and the lilting codas of The Kids Don’t Stand A Chance.

The most African-sounding song, suitably, arrives in the shape of Cape Cod Kwassa Kwassa, which creates a vivid story of love between Koenig and a wealthy girl, adorned in Luis Vuitton and Benetton. While this tryst feels “so unnatural, Peter Gabriel too” (a nice namecheck to another champion of African music), Chris Baio’s pulsing bass, Chris Thomson’s rich percussion and Koenig’s chugging riff make it sound unlike anything else from 2008. And for those needing some adrenaline, A-Punk is fuelled by a frenzied riff, an undeniably catchy coda and a tale of a girl decamping to Washington Heights.

Vampire Weekend’s aesthetic also continued in their videos. Oxford Comma’s one-track shot provided a three-part narrative that was as intriguing as it was confusing (but did give us Koenig ambling around in a pristine white suit). Cape Cod Kwassa Kwassa went full-blown indie movie – you half expected Molly Ringwald to show up as the video’s love interest or Wes Anderson to reveal his storyboard (credit goes to idiosyncratic scribe Richard Ayoade for both vids).

Still a classic today and quite rightly ranked as one of the best debuts of all time, Vampire Weekend are still an active, if annoyingly sporadic, presence. If the follow-up, 2010’s Contra, felt a little too similar, they struck gold again with the organic, elegiac and hugely entertaining Modern Vampires of the City (2013). With a fourth long-player set for release this year, it seems Cape Cod has yet to claim them.