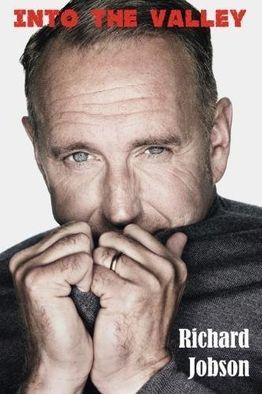 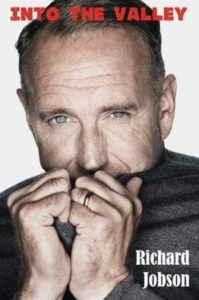 Out now (actually, been out a while)

The autobiography of singer from the Skids. You know, the one who seemed ‘a bit of a wanker’ at the time, but wasn’t.

That’s his words by the way, not mine.  The preface ends with:  this story covers my early life up to the day the Skids adventure came to a close. I’ve been as honest as I could, never shying away from the fact that I was lost and lonely and sometimes a bit of a wanker.

He  might have been a bit of a wanker, but, to paraphase John Cooper Clarke, he was never a complete cunt. One of them is for life, the former is a transitory thing.

Jobson was only 16 after all when the band formed.  A council estate kid with epilepsy from a small mining village called Ballingry in central Fife in the East of Scotland. To come from that background and end up on Top of the Pops and living in London with the art-rock glitterati must’ve been some trip.  He hadn’t had an easy life.  Epilepsy was of course one of the factors in Ian Curtis decline.

How he went from bookish small-town loner to become the swaggering, ‘pretentious’ singer with arguably Scotlands most important punk-era band is quite a story.  And he tells it well, in a down to earth, conversational way. At the centre of the story is his comrade in arms Stuart Adamson – a troubled man right from the start.  Their relationship was at the heart of the Skids and other members came and went .  Despite making great music and having success the fact that they seemingly never really got a chance to fully enjoy it is a great tragedy – and explains why the reformed Skids seem to relish every single second they are onstage now.

Adamson treated Jobbo and the band badly (he seems to have had ‘issues’ which never get fully explained) – and Jobbo was so wrapped up in living out his dreams that, now he is older and wiser,  he shoulders some of the blame for the bands eventual split.   It’s a sad, complex story and although not the greatest work of literature, this really is a must-read book for anyone who ever loved the Skids.

There are of course moments of humour, some nice bitching about other bands, and the ones who were very supportive of the young Skids are quite a surprise.  Jobbo explains the imagery he chose for Days In Europa in some detail due to it being wrongly used as a stick to beat the band with.  He dissects the lyrics to Into The Valley.  He is a deeply intelligent man and his love of politics (staunch socialist) art, movies, literature informed everything about Skids.  He really was like a human sponge, soaking up influences and experiences to make him the man he became.

The young Jobbo may have been a bit of an arse but he was fearless and tried everything; poetry, acting …everything except drugs.  The Skids really were the cleanest band of the era according to this account – and to see how fit and healthy he looks today, abstinence paid dividends. His epilepsy was a constant shadow though.

He pays tribute to those that helped and inspired him, and by the end of the book you really can’t help feeling that he is simply a really sound bloke, who has gone through triumphs and tragedies but come out the other side stronger, with his sanity and integrity intact.

Up there with the best punk-era autobiographies.