Home Blogs Valentine Records smash back onto the scene with SOUND>VISION, radio and new... 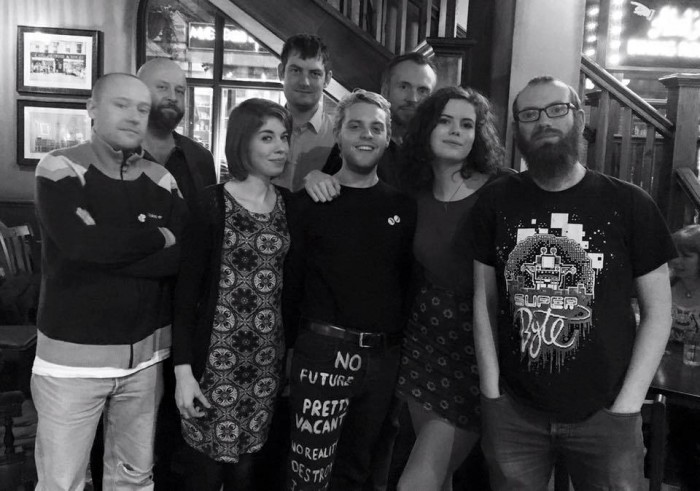 It’s official: resurgent Manchester label Valentine records are back– confirmed by a brand new website, a hot roster of acts and a number of scheduled events set to take the North by storm.

Originally formed in 2001 as a label by artists, for artists, they enjoyed various degrees of success during the noughties, with long-standing members including David Fox, John Mitchell and Mark Corrin still onboard from the original label staff. Yet now there are now some new faces as part of the team, working to bring you the best raw talent, all with that slight air of mystery which makes Valentine what it is. Just like Manchester, it celebrates the grit, not just the hits…

Valentine Records are well known on the Manchester scene for celebratory live nights over the years, which have included To Amy With Love (2003-5), Transmission (2004-5), Rebellious Jukebox (2008-9) and TAGO>MAGO (2012). Yet it seems only fitting given their refreshed new outlook and radio presence, as well as acknowledgement of the much-admired Bowie, that 2016 sees the rise of SOUND>VISION. This series of new monthly nights are set to express what the Valentine revival is all about; free live music which is not limited to the label, but involves artists and friends from far and wide! The focus is on giving the audience, YOU, a feast of fantastic music at the central Manchester location of the Thirsty Scholar.

A preview event of SOUND>VISION will be held on Tuesday 23rd February; so expect some surprises, along with live sets from Reigns of Monty Carlo and label legend Mark Corrin, who has recently finished his 12 EP’s in 12 months challenge. The next night is due on Thursday 31st March, set to feature a number of DJs and three full acts; following on from there.

They are on the airwaves too!

Valentine have always made a point of using iconic Manchester locations to showcase their sounds. Aside from SOUND>VISION, they will also be using record-store Soundwaves Here We Come in the legendary Afflecks Palace, to broadcast their own monthly radio show! It is clear this is a label which lives and breathes modern Manchester; and you can catch live broadcasts of Valentine Records Radio on selected Saturdays in the month. Expect a rich mix of tunes, interviews and news.

Another exciting airing on the airwaves was in the form of a featured slot on ALL FM 96.9, spanning the duration of the 5-7pm ‘Drivetime’ slot with Fiona Ledgard! Audiences were treated to a range of Valentine Records tracks from past and present, as well as some exciting new announcements. You can hear all of Valentine’s recent radio output, including Mark Corrin’s regular show on Salford City FM, on the Valentine Records website.

Yes, that’s right folks, Valentine Records’ new website also brings us the prospect of NEW acts. This is arguably a relaunch which embraces both new technologies and new talent. Take their recent digital deal with Labelworx; meaning that all past and future will appear across the online platforms, including iTunes and Spotify, for you to enjoy. Even more exciting is that there is set to new sound too – as Valentine welcome the incredible Ten Mouth Electron to the label! They are currently recording their debut LP to be released soon, emphasizing that 2016 is the year you can keep your Valentine all the way through, with Valentine Records.

Other upcoming releases are set to involve artists including Mark Corrin. St Lucifer, Kurt Dirt & The Electric Fags, and Babyslave–plus you will soon be able to get your hands on the incredible sounding Valentine 100 compilation, featuring acts from the past, present and future of the label. For more information, why not visit their website: https://www.valentinerecords.co.uk/ You can also join them on Facebook and Twitter.

All words by Emily Oldfield, also on twitter as @EmilyvOldfield and has awebsite.