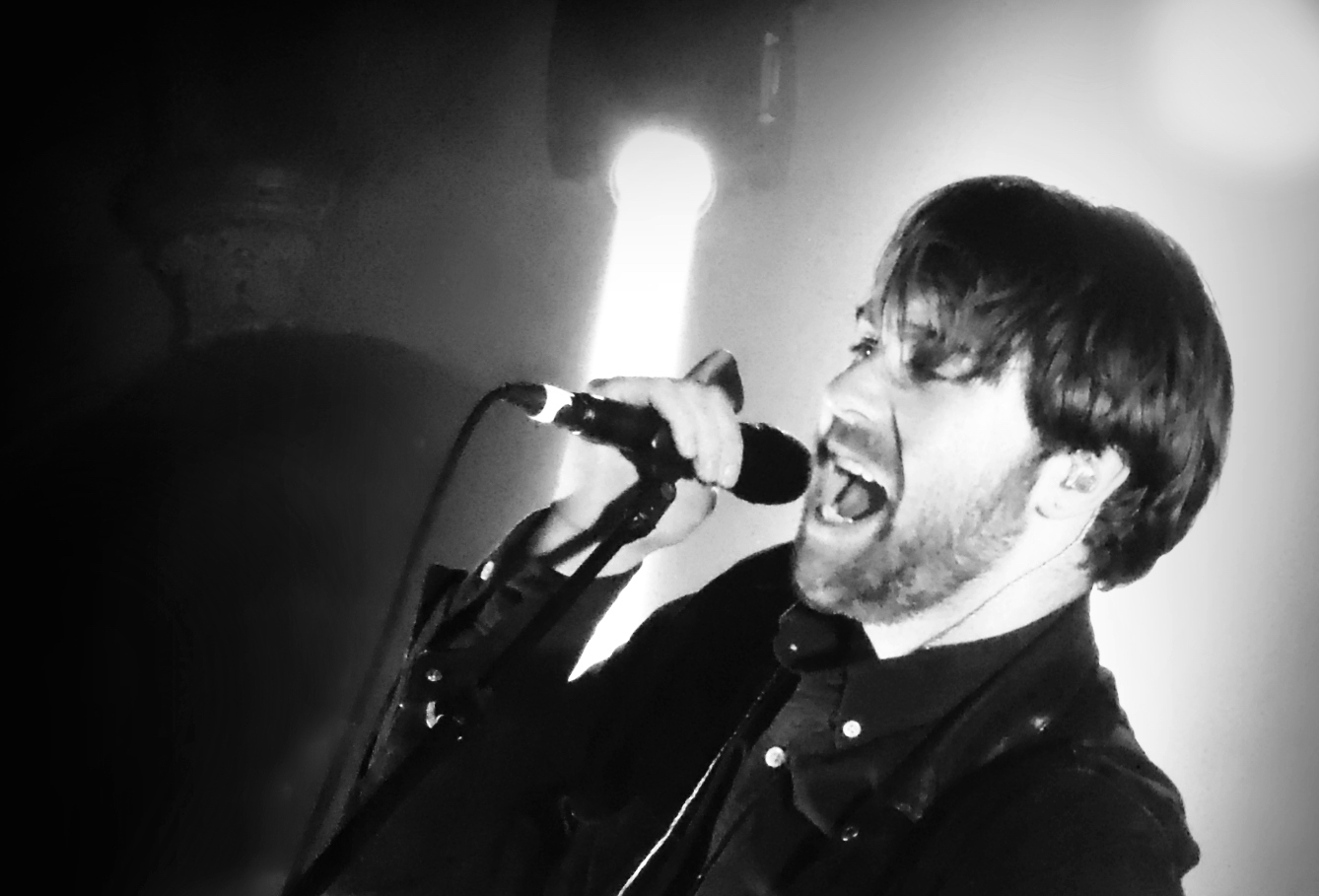 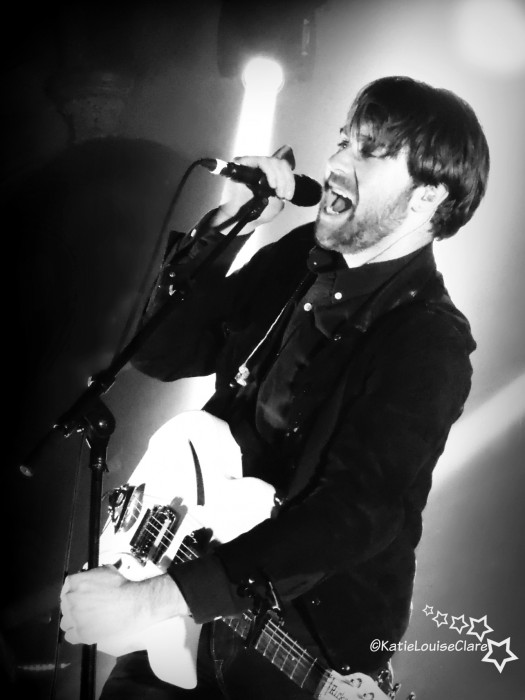 With news about their third album, titled English Graffiti and due out on May 25th 2015, bouncing around the internets The Vaccines came to Manchester yesterday to play a belter at the Albert Hall. Louder Than War’s Katie Clare took reports back below.

My good friend Keith started my thing with The Vaccines. “Go check out What Did You Expect from The Vaccines.” he said in the spring of 2011; I fell instantly in love with the album in its entirety on first listen. I was on tenterhooks for their sophomore release and luckily the wait was short when just a year later we had Come of Age which, whilst requiring a few more plays here and there, certainly didn’t disappoint.

This time it has been 3 plus years and everything The Vaccines have said about their third album ‘English Graffiti’ has been how much it is not like their previous releases, how it’ll sit more comfortably in the pop arena than a rock one and that it’ll be a record of its time. It sure does sound like we’re in for something different with English Graffiti: which is still approximately 5 weeks away, so the diversification of The Vaccines will first be experienced on tour. This tour in fact. 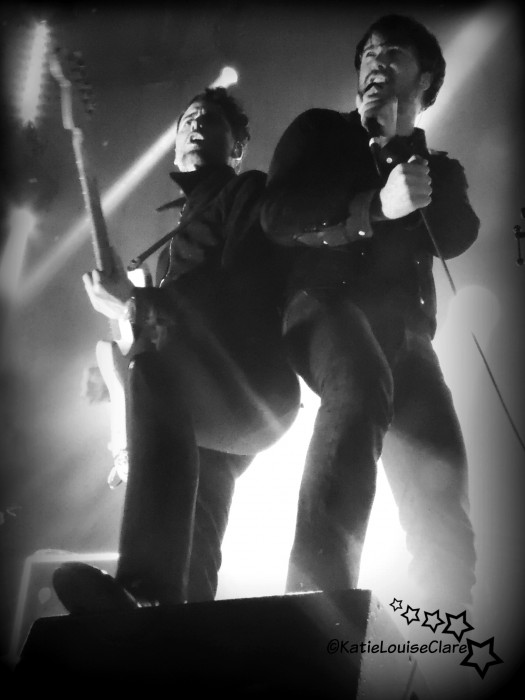 The ex-Wesleyan chapel in the centre of Manchester is quite a jaw-dropping space with a stunning fan friendly horseshoe gallery that leaves the high, level stage exposed at the sides, creating a podium for the band to step on to. Bolts of neon pink, green and blinding white shatter the darkness as the lights fire off the mirror ball stage decorations and the screams are instantly exchanged for the marching drum hook of Teenage Icon: it looks like business as usual as 3 and a half thousand bouncing people sing along with Justin.

The machine gun rapidity of those early songs mean with the snap of your fingers Wreckin Bar and Ghost Town are done and dusted and we have reached the first new song Dream Lover. It is certainly exhibiting a more musically exposed texture that the usual Vaccines tracks, but it is not unfamiliar territory. Plus it sport Justin’s trademark slightly self-deprecating razor toothed embittered lyrics…

“It doesn’t matter much to me”.

A pounding version of Wetsuit leads into the second new track Want You So Bad. It’s a darkly mesmerising slice of new wave with a very British feel. It is very comforting in a sinister way and interestingly, while this is in some degree a different avenue for The Vaccines it is not pop and it sounds so rhythmically appealing it doesn’t have a “here today, gone tomorrow” feel either. 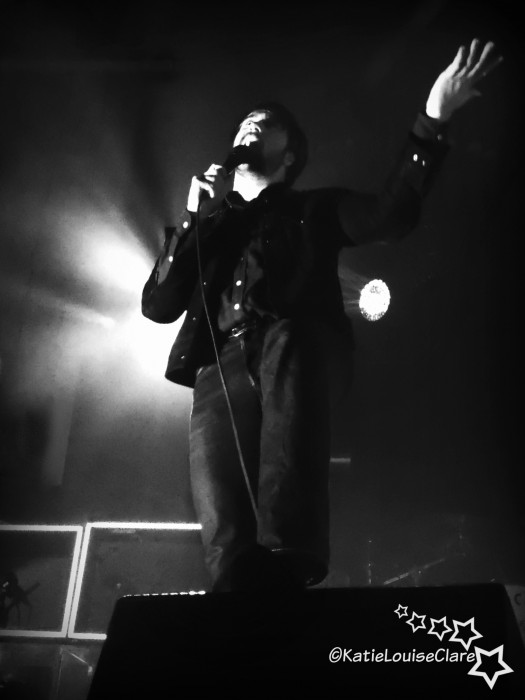 “Manchester” shouts Justin “You’re very fucking loud!” to which the audience in their roared approval prove to be the case. “So let’s try this in a Manchester accent” he imparts moving straight into Post Break Up Sex. Little else is said as we are treated to All In White and Melody Calling before reaching the third new song (which was the first single to be released.) Handsome is a peppy revitalisation of the WDYEFTV If You Wanna sound but despite its derivative nature it is so much fun live with its slightly buzzy elevation. It feels exciting, it feels joyful and it seems to make everyone grin just a little bit much more than they were already doing. Keeping the energy high the band up the tempo with another new song (20 / 20) bouncy, poppy and going by the ecstatic crowd response a future favourite anthem.

Justin is a confident front-man and while he’s always the centre of attention, Freddie, Arnie and Pete are on point in their roles and much appreciation is shown when one or the other steps forward or throws out a wink or smile to the crowd. The main set draws to a close with four classics; Blow It Up, I Always Knew, If You Wanna and Family Friend and the band leave the stage for the briefest of moments only to return for an unexpected three track encore.

English Graffiti is the title track to the new album: a mix of Lennonesque semi-sensical statements “Coco cabaña had coconut punch” with some quite romantic lyrics “I am living in a world that is half the size When I look in your eyes” it all makes the anticipation for the album release all the more exciting and while the band finish on some of those first loves (Wolf Pack and Norgaard) that will be forever cherished, it does make the heart skip a beat knowing we’ve some new passions in the very near future.

‘EnglishGraffiti’ (CD, LP, DL) (Columbia) is released on May 25th The Vaccines store has a raft of different pre order bundle options and their official website and Facebook page are the go to places for up to date information The Vaccines are also active on Twitter and tweet as @thevaccines.

The current UK tour is sold out however The Vaccines do have plans for new yet-to-be-announced UK dates and will be appearing at a number of festivals this summer including T In The Park, Latitude Festival and Kendall Calling.