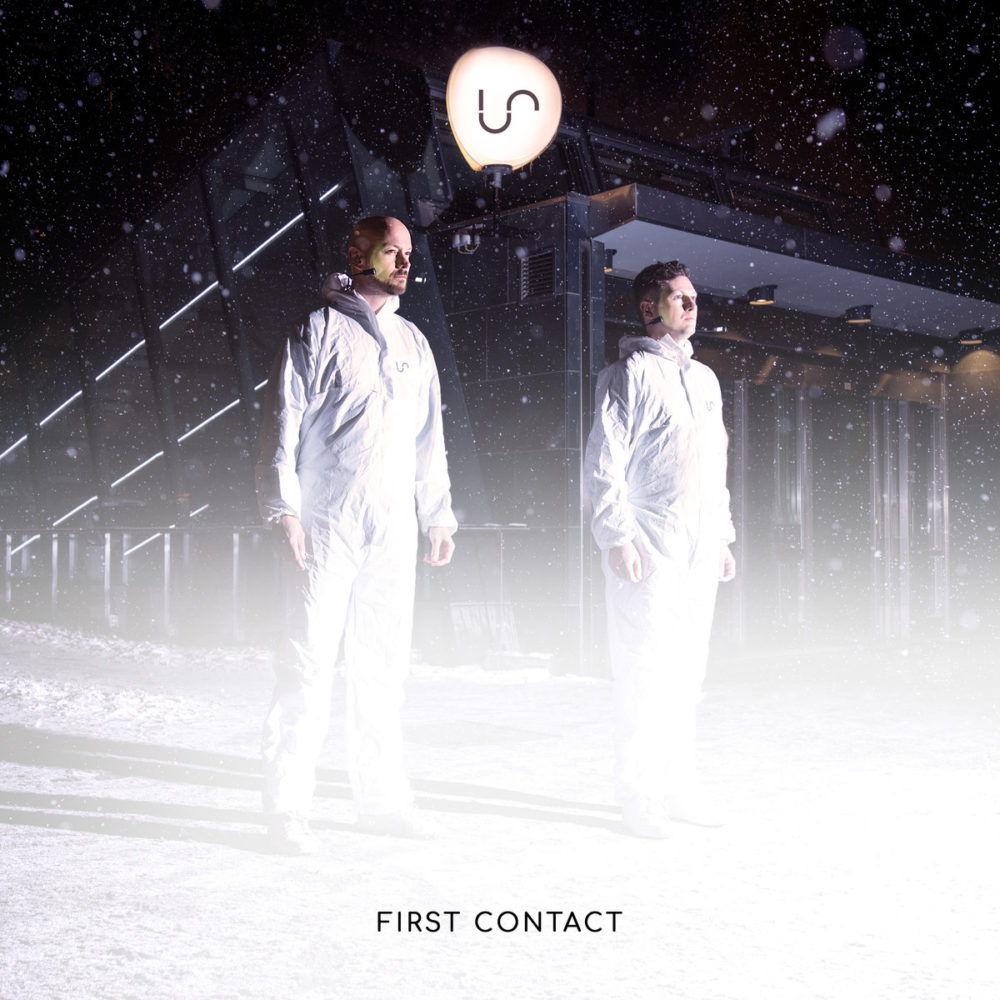 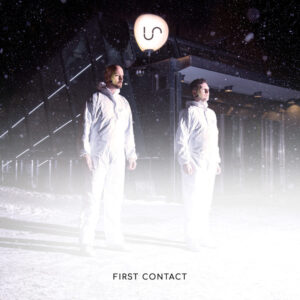 Us describe themselves as the “soundtrack to the movie of your life,” a brave claim, but across eleven tracks of their debut album First Contact they create the sort of haunting epics that sweep and soar then drop down into raw intimacy through the most crucial scenes, building with no shortage of dramatic intent and a hint of menace and the threat that things might not turn out the way you want.

You may recognise the vocals. Andrew Montgomery was one of the most distinguishable voices of the era known as Britpop as frontman of Geneva, a band that got lumped into that catch-all pot by dint of sharing a soon-to-be-bankrupt label with Suede rather than musical intent. Since then he’s toyed with a band Amityville and released a stunning yet criminally ignored solo album Ruled By Dreams in 2014. He’s now decamped to Sweden where he’s teamed up with keyboard player, producer and director Leo Josefsson to form Us. It’s an unlikely combination given their respective pasts, but with an album of their early singles entitled To The End Of The World (Remixes) under their belts, their debut album proper combines Josefsson’s dramatic stylings with a voice that captures the underlying mood and creates the soundtrack that they promise in their bio.

They take you on an emotional journey, opening with Mute which is wrought with tension, dark and claustrophobic in its intent and musical direction, to which Montgomery’s vocals add further insecurity and uncertainty to the listener. Voyager is underpinned by a rippling keyboard sound that builds momentum towards the chorus where the declaration “come on, come on, to the end of the world” is layered on top of delicious harmonies to create something that wouldn’t feel out of place in clubland or equally that moment in the film where the lead character is mulling over the options flying around in their head with no real idea of where to turn. The Stars That Arc Across The Sky give Montgomery centre stage, an understated loop provides the platform for him to perform vocal gymnastics pitch and note perfect, but, unlike others with such control, full of emotion, living every word like his own story.

The beauty of First Contact is the way that it can effortlessly move between styles and approaches without feeling disconnected and inconsistent. Technicolor is the sort of song New Order would kill to write these days, immediate in its impact on the listener, the vocal harmonies playing off in the near distance behind the main body of the song adding a bit more mystique and colour to the whole thing. The next two songs – Never Get Over and In Denial – add fuel to this point, the former having vocals that mould themselves around the electronic beats to create a haunting unsettling situation (with the final lyric “since we broke up, I’ve been sleeping on the floor”) whilst the latter throws off its shoes and heads straight for the dancefloor as the hedonist means of escape.

Flow My Tears sees Montgomery in contemplative mood declaring “You could be my refuge from my ingratitude, you could be my saviour” with the tears being the means to “wash away my fears.” From here until the end, the album takes on a more experimental feel without losing the continuity and flow, allowing Montgomery to really show the range of his voice and for Josefsson to explore different sonic avenues. The chemistry between the two ensures that this doesn’t at any point go off track. As A Child is an intricate construction without overcomplicating and is possibly Montgomery’s finest vocal on the record, rich in emotion without sentimentality. It’s a mood they replicate on the yearning searching Till The Dying Of The Light, a song that envelops but doesn’t smother the listener.

They stretch themselves further on My Heart’s Desire, vocals layered over the top of each other creating intoxicating atmospherics enhanced by the simplicity of the electronics that accompany it, proving the case that sometimes less is more, before Montgomery concludes the song as everything else falls away with the confession “feel so far away from home here, in this strange strange life.” It’s a life that First Contact is, as the blurb goes, providing the soundtrack for. Its final scene is the dark foreboding The Healer, Montgomery’s vocals treated to spine-chilling effect, questioning “I’ve cried over and over again, can this be real?” with a sense of real tension and unease that slowly dissipates as the song progresses, spreads its wings musically and opens itself up.

Us feels like a genuine triumph, two unlikely kindred spirits from very different backgrounds coming together to create a record that finds common ground, setting one of the most distinctive and finest indie band vocalists of his generation in a world that people wouldn’t associate him with and him feeling completely at home there, and blossoming in the process. Musically, it takes the listener on a journey, sets the mood, accentuates the words being sung and never resting for a moment ensuring that the listener is drawn in at the start and kept engaged throughout by another twist or turn.

All words by David Brown, you can find his Louder Than War author’s archive here