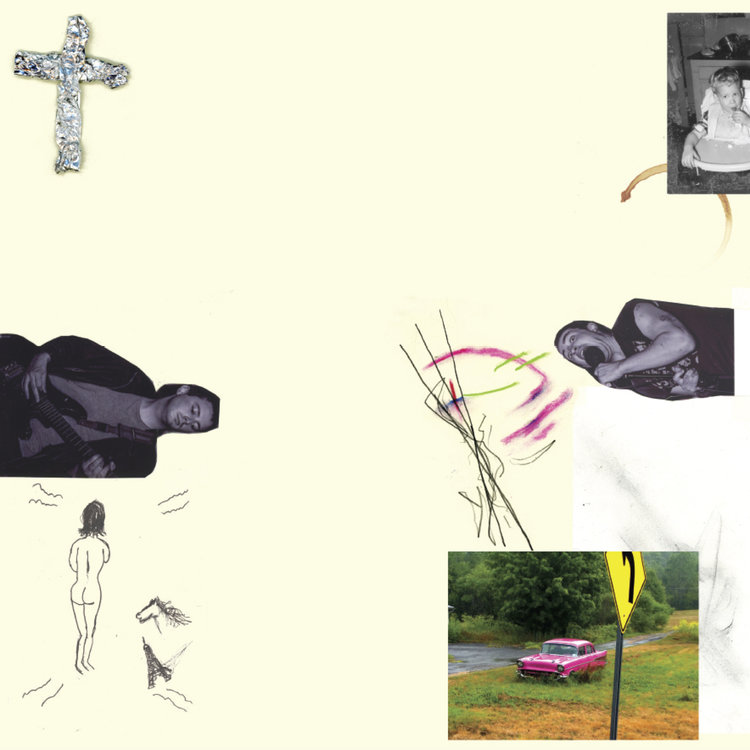 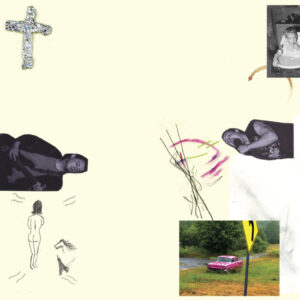 Debut album from Urochromes, a Massachusetts guitar and drum machine duo who take their name from the pigment that colours urine; their sound is a wilfully uncompromising, snapping like a cracked whip between punk, post punk and experimental sounds.

‘Trope House’ follows three essentially hardcore EP’s all of which appeared on tiny US based labels; their debut 2015’s ‘Get in Line 4 Mental Decline’ continued their apparent fascination with piss, as vocalist Jackieboy McDermott wailed about pissing in a bottle, and then pissing on his best friend. By the time the ‘Night Bully’ EP appeared in 2018 they were still making references to piss, as Jackieboy implored you to “be the uromancer” – a person who is gifted (??) and able to visualise the future by reading urine bubbles.

Opener ‘Miliuex’ is a total head rush, the drum machine spitting out a frantic beat that is equally matched by some incendiary guitar thrashing, whilst ‘Rumshpringa’ drops the pace, the drum machine buried deep in the chaotic and almost suffocating mix is almost reminiscent of Suicide over which flickers a slow burn guitar riff, none of which prepares you for the tangible ferocity of lead single ‘Hair So Big’, and then a melt your face machine thrash cover of The Lemonheads ‘Style’ complete with some truly gnarly guitar, ahead of a disorientating ‘Trapped On A Planet’ which sounds like Chrome skull-fucking The Pixies ‘Trompe Le Monde’… twitching almost ravey squelches, and industrial guitars, it really is that good!

We get a bizarre cover of ‘Resist Psychic Death’ originally by Bikini Kill, this features infantile vocals from the mysteriously named ORB, and is fleshed out with mangled synths, and other world almost overlord types vocals in the distance. I’m not aware of the lyrics to ‘Answer Me Not’, the track was originally written by Sweden’s Leather Nun who are famed for the track ‘F.F.A’ (Fist Fuckers Associated)’ and the sleeve which featured a huge fully lubricated male forearm and clenched fist, as such it may well tie in with Urochromes urolagnia bent; the track itself is driven by punched mechanised beats, and a spluttering synth, a collision of primitive garage rock and industrial urban punk completed with semi-mechanised vocals, despite the pace it somehow manages the neat trick of tightening its grip upon you, similarly with Dick Riddick’s nagging guitar riff during ‘Negative Thing’.

‘Spy In The House Of Love’ may borrow a title from Was (Not Was), but that’s where the similarities end, this an off kilter noise rock belter built around a ludicriously sparse guitar riff, album closer ‘Star Of David’ had me pulling my hair out, it sounded like so much, yet was entirely original, in the end I suggest it sounds like Sonic Youth covering Queen Zee, the perfect melee of ‘fuck em’ glam soiled noise.

Urochromes have talent to spare, their songs have a rhythmic echo that hammers in your head then stays for days after hearing them, they have created a chaotic, raw, and genuinely unpredictable album that allows their influences to peep through the cracks whilst they forge ahead into uncharted territory, and for that they deserve your attention.