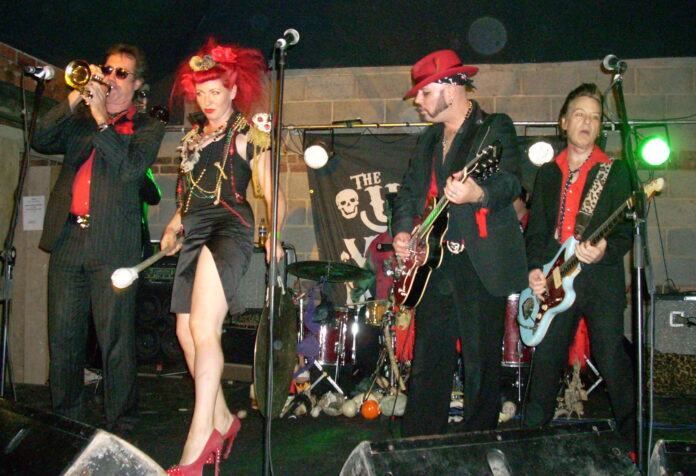 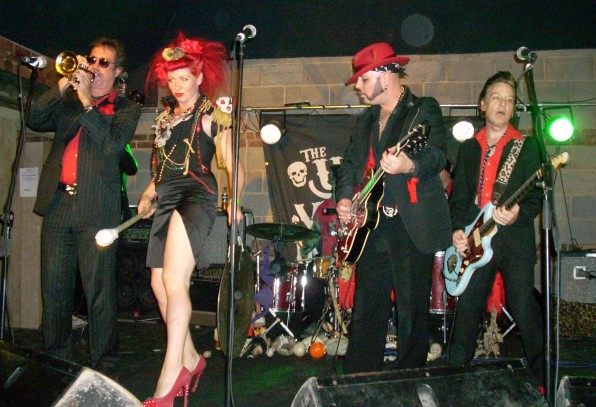 Some Good News about Rotherham for a Change

Mesmerize is an independent retailer on Wellgate in the centre of Rotherham featuring an eclectic range of Goth, Rock, Alternative, Pagan essentials and gifts.  Mesmerize sells clothes, jewellery, hair-dyes, dragons, fairies, amulets, crystals, tarot-cards, aromatherapy oils, incense and all manner of weird and wonderful trinkets and essentials. The shop won Rotherham’s independent retailer of the year in 2014, an award voted for by the public in the town.

Mesmerize will be 20 years old at the start of May, and what better excuse for a party? So in January a private Facebook event was launched that read:

It’s going to be spectacular! tickets are limited and will be available from Mesmerize from mid-January
The line-up for the night will be as follows:
The Urban Voodoo Machine – bourbon soaked gypsy blues, bop n’ stroll
Trixi Tassels – uniquely undulating twirly, fiery fantasy act
Papa Legba’s – voodoo pirate blues, rock, and soul to comfort the disturbed and disturb the comfortable
The Baron von Skull – lover, fighter, poet and thief. Dragon slayer.. And big bad chief, as master of ceremonies
Stay tuned!

At the beginning of March, with eight weeks still to go, and with more than half the tickets already sold by word of mouth alone, disaster stuck! (Nothing ever runs smoothly in this town) The venue for the party, Rotherham Trades club, an old working men’s club that had stood in the centre of town through thick and thin for nearly fifty years, ceased trading.

Mesmerizes’ owner (Lynda Delizium) was left with a fully-formed show, the like of which Rotherham will not have seen in a generation, with no venue!! Frantic searching eventually identified another venue, a little further out of the town centre, which nevertheless fitted to bill well.

The new venue is called Eastwood View and has a much larger capacity than the original venue, and consequently the Facebook event is now a public event.

So roll up! Roll up! On Friday 24th April – For the greatest show Rotherham will see for decades.