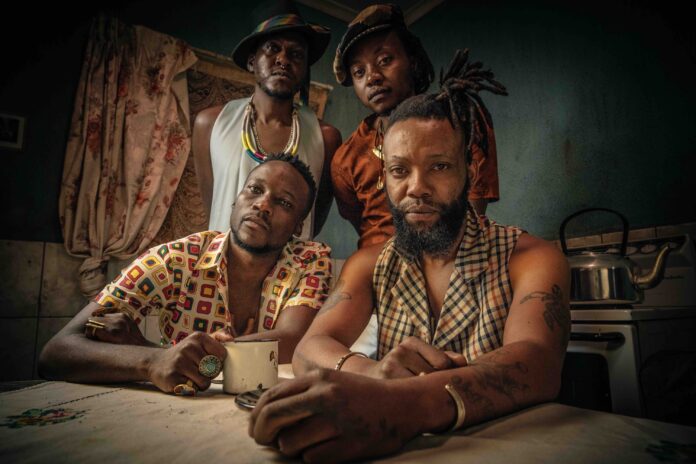 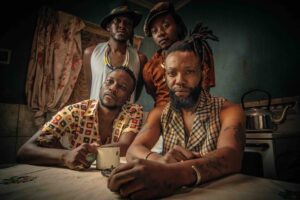 Urban Village are four experimental musicians from Soweto and their new EP Ubaba reflects on life growing up in the shadow of apartheid.

Their name references the blend of cultures, music and rites of the one million population of Soweto when black South Africans from multiple provinces were brought to the area during the 1930s establishment of apartheid, but under strict segregation from Johannesburg’s white suburbs.

Singer/flautist Tubatsi Mpho Moloi, guitarist Lerato Lichaba, drummer Xolani Mtshali and bassist Smanga Dlamini were initially drawn to house and dance music as they grew up, but exposure to the Zulu music being played by older neighbours on the streets of Soweto inspires their music.

They are the latest signing to Parisian label Nø Førmat! and the EP release will be accompanied by this music video for the title track ‘Ubaba’, which means ‘father’. Directed by Justice Mukheli, the video is a recreation of life in one of Soweto’s many hostels, which in the 1990s housed large numbers of black South African men during apartheid.

Produced by Frédéric Soulard the four songs are a journey through all the colours of Soweto. This is where it draws its consistency, strength & identity.

Urban Village are steeped in the cultural consciousness of South Africa’s troubled past, looking forwards with the same emphasis on ‘ubuntu’ or ‘common humanity – with which Mandela & Biko resisted apartheid.