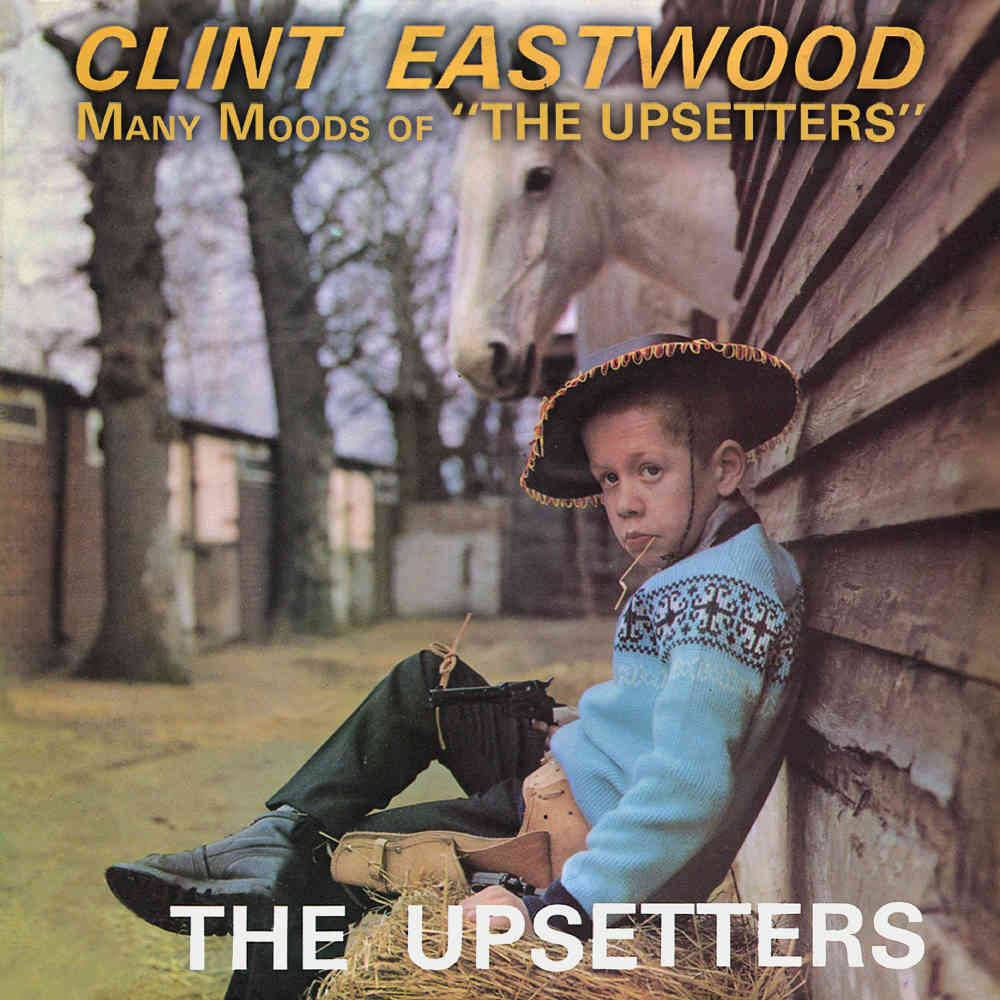 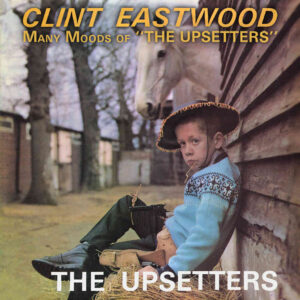 The Upsetters – Clint Eastwood/The Many Moods Of (Doctor Bird)

Twofer featuring the albums that the Lee Perry-helmed Upsetters released on the Pama group of labels, with 12 bonus cuts added to each disc. LTW’s Ian Canty witnesses the producer’s prodigious workload 1969/1970…

By 1969 Lee Perry was well established as one of Jamaica’s top producers, with many hits on the island’s charts. He had also made waves further afield, with both the ex-pats settled in the UK and new fans among the indigenous population eating up each new 7″ slab of his productions. This interest would reach its apex when the Upsetters’ Return To Django hit the top 5 of the charts here in late 1969. Like many other producers Perry took advantage of the favourable environment Britain offered at the time and placed his recordings with both of the major players Trojan and Pama.

Although Trojan had released the hit and the first two Upsetters albums, Pama secured long players three and four, which are the two records presented on this new 2CD set. Coming out towards the end of 1969, the Clint Eastwood LP sought to cash in on Return To Django’s success and employed a similar Spaghetti Western theme too. The album housed Perry’s productions that had appeared as singles on a variety of Pama subsidiary labels like Camel, Gas and Punch over the previous 12 months. The Punch label, in particular, caught on with the young fans, with its graphic of a fist knocking a hole through the charts the perfect expression of the ’69 Skinhead Reggae takeover.

It is easy to see on this evidence why the Reggae fans as a whole lapped Perry’s productions at the time, with all tricks and invention he could muster giving his records an edge other producers just didn’t quite have. His name credited on a disc became more or less a guarantee of quality. The 12 tracks that made up Clint Eastwood, of course, had a few of the fashionable at the time organ instrumentals, with Return Of The Ugly and Taste Of Killing coolly mining that sound and being embossed with the violent cowboy motif. The title track has an echo-enhanced Lee rambling on balefully before a pared-down, instrumental version of the Coasters’ Yakety Yak take centre stage.

But Clint Eastwood the album also housed some great vocal cuts. Dave Barker’s Prisoner Of Love is a standout, a fine showcase for his soulful voice. U Roy toasts on Rightful Ruler and along with Selassie by the Reggae Boys (actually Glen Adams and Alva Lewis) showed Perry’s drift towards Rastafarianism was already ongoing in the late 60s. Aint’ No Love by Winston Holness (aka Niney The Observer) also has a more than decent vocal over a fast-moving Reggae beat and Cool Sticky does DJ talkovers on the classic Dry Acid and I’ve Caught You. All of which meant Clint Eastwood was an ideal accessory for any self-respecting Reggae fan as the 1970s dawned.

In addition, we get another 12 bonus tracks, in effect providing another complete LP. The wild Rude boy romp Hard To Handle by Carl Dawkins is a load of fun and the Ethiopians’ (No) Not Me is excellent, bar some pretty ham-fisted guitar work. Busty Brown was the one singer in Perry’s stable who could rival Dave Barker for emotion, he shows his Soul-singing smarts on Broken Heart and the Melodians score with the excellent socially conscious song Facts Of Life. The disc concludes with the sad but sweet Anyway by Lloyd Douglas.

Perry’s fierce industry meant that the next LP, Many Moods Of “The Upsetters”, came out soon afterwards in 1970. The title was a reference to the producer’s, ahem, sometimes challenging temperament. Coupled with the sleeve photos, captioned with moods like “detective” and “invisible”, it is just possible Pama were sending Perry up a little. Released on the Pama Economy label, this gave fans an opportunity again to collect those single tracks on an album at a fraction of the 7″ price.

This album could have been termed Clint Eastwood Part 2 as a lot of the tracks are inter-connected. For instance, LP opener Ex-Ray Vision provided the basis for Selassie on Clint Eastwood and Taste Of Killing is done over as archetypal organ stomper Beware Fade on Many Moods. Carl Dawkins again shines on the Temptations cover Cloud Nine and I found Pat Satchmo’s Louis Armstrong impressions droll on the rude Goosy and Boss Society. I always like to hear Val Bennett on sax and he does so with gusto on Mean And Dangerous and Soul Stew is another tasteful instrumental and very danceable. Many Moods Of “The Upsetters” draws to a close with Perry offering up a version of Games People Play in his own special way, with a steel drum sound substituting for vocals.

Again 12 extra cuts fill up this disc and there are many delights to be found here. Dave Barker was at the time in the form of his career and his link up with Perry was really producing the goods. Set Me Free, You Betray Me and the classic Shocks Of Mighty (with the echo-lead intro pre-empting his Double Barrel hit) are all brilliant, with Dave’s vocal talents utilised in James Brown style rabble-rousing and burning soul passion. Only the hoary standard Will You Still Love Me does not quite hit the mark.

Lennox Mood by Lennox Brown and the Upsetters is one high-quality sax outing and Pat Satchmo again raises a grin on a daft version of Hello Dolly. The proto-Dub take of The Result is another goodie, with the Bleechers’ coarse Ram You Hard being a bit of prime Cert X Reggae.

Overall this disc has better extra tracks, but the whole collection is solid and with enough memorable performances and dance rhythms to keep one moonstomping for a fortnight. Another excellent compilation of Lee Perry’s later 60s work to go alongside The Upsetter/Scratch The Upsetter Again (reviewed here) and Return Of Django/Eastwood Rides Again (the write up of this one here).

Perry’s work rate and quality control were dazzling at this time and this coupled with a great talent pool featuring such artists such as Dave Barker, Busty Brown and U Roy among others, meant that he was forging ahead out on his own. The skinheads and Jamaicans in the UK loved the material and even in 2019 the music bears its age well. Great listening is assured.