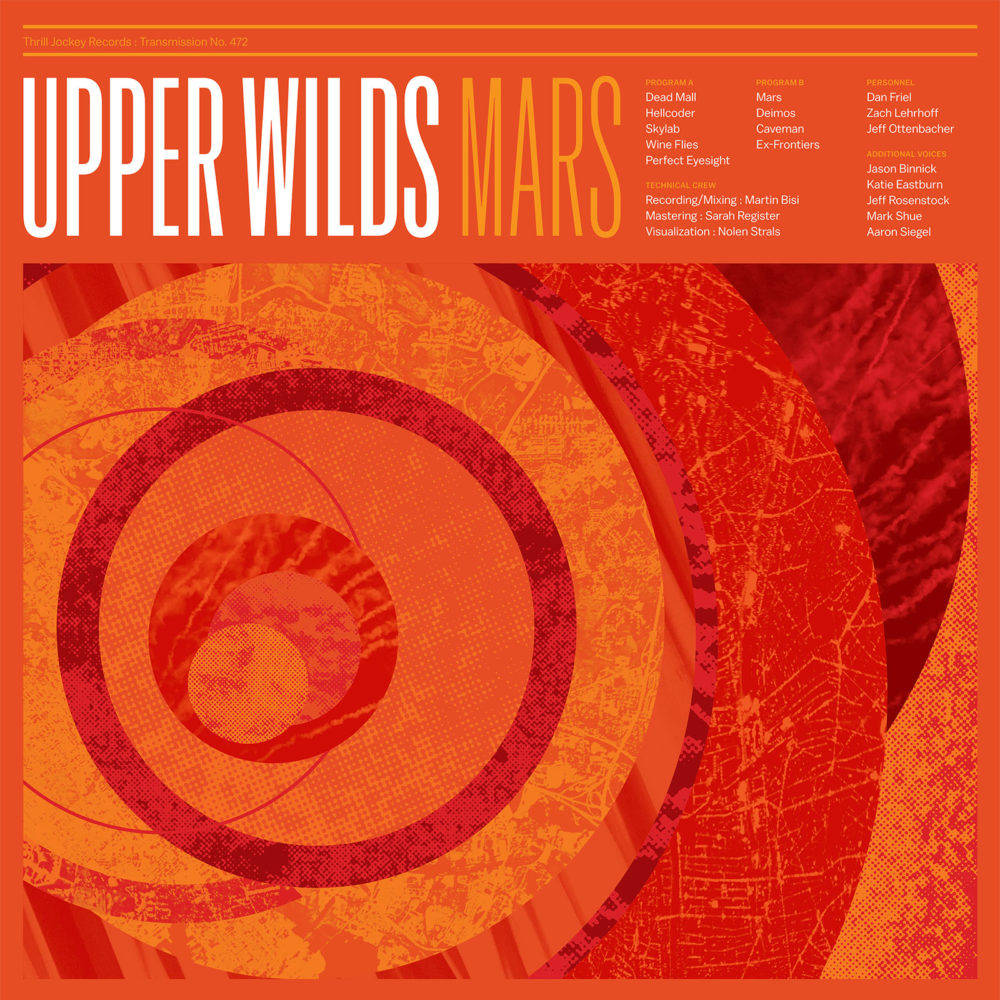 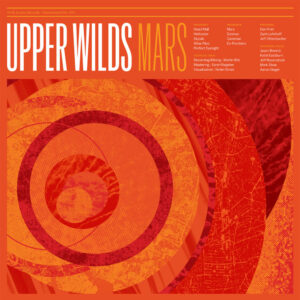 Mars is the new album from the aptly named Upper Wilds and features ex Parts & Labor guitar mangler Dan Friel taking us on a doomed expedition to the Red Planet. Some of which would ordinarily have me running for the hills but the faith fostered by his previous output is rewarded as tunes a plenty go head to head with the supposedly loftier ambitions in quite a match up.

Album opener Dead Mall employs Morse code bleeps in a way that had the family glow stick redeployed before it gradually morphed into sounding like someone had put Tramadol in Granddaddy’s cocoa. When Friel isn’t putting his vocals through pedals to make like synthesisers he is eliciting even more carnage from his guitar. When it is put to the service of the song rather than the other way around it is more than just self-indulgent.

Skylab is about the 1972 astronaut strike and to my knowledge is the first protest song about cosmic industrial relations. That its near metal blast will be forming part of the soundtrack to Mike Leigh’s next magnum opus Scabs in Space is currently unconfirmed.

Since the language of travel has been hijacked and taken on a ‘journey’ it has become difficult to write it without wincing but with the lift off in the mid-section of this albums trip it is worth going through the pain barrier. Wine Flies is the song of the album and could be what Laika took with her for all I can ascertain. My real focus is a towering melody and the rush when the drums come in. Running this a close second is Perfect Eyesight with the vocals of Katie Eastburn coming as a counterpoint to the guitar cacophony unfolding around her.

It’s not written in blood above the ink well but as a general rule listening to a band before reading the press guff reduces prejudice. At its best the marriage of distorted guitar and a sixties style pop sound meant it seemed like there was a bit of Guided By Voices on Mars. As a result I was basking in a glow of slightly frustrated smugness after announcing this to no one and then discovering that current bassist Mark Shue was on a song.

This does not however completely explain my enthusiasm for the title track. In one way or another these should always be special and with this one its less sonic cathedral than a bloody great space station with an unholy guitar squall as the alarm. Not content with this the band then opt for chipping away at the foundations before the march of guitars and drums returns to sweep away any vestige of security.

Drums which have been recorded live for the album but with a different drummer sound slightly less frantic than on the likes on last year’s magnificent Roy Sullivan. This time the locking together of Jeff Ottenbacher’s drums and Zach Lehroff’s big bass is done the sort of justice that producer Martin Bisi is expected to deliver with a CV which includes Sonic Youth, Boredoms and Swans.

A primal Caveman rocks and it is only a slight stumble when the audio pyrotechnics start sounding like an asthmatic playing the kazoo before the grand finale of Ex-Frontiers. Here the guitars make like a swarm of angry wine flies as the album comes full circle and Friel concludes that “Now the dead mall moved here, You’re never quite far enough away.” NASA satellite samples bringing everything to a close as we are left in the silence to contemplate the message that if humans ever got to Mars we would sure as hell fuck it up.

The nightmare scenario of a Virgin Space Shuttle and shopping centres full of identical chain stores selling us ever more alienating devices to phone home on. Trump spotting a real estate opportunity and Branson providing the drop in health care for the risks of playing zero gravity golf. No matter how far we go we take ourselves and our systems go with us.

In a bid to offset the ugliness, Upper Wilds have more similarly themed albums planned as they continue on a mission to explore the planets with beautiful coruscating noise. If this had been the soundtrack to First Man the aforementioned man child would really have had something to worry about. His little hands clutched to his big orange head in a pleasing update of The Scream. All in all then Mars is the sort of enterprise that could have got a mention in Michael Azzerad’s Our Band Could Be Your Life. DIY spirit with a refusal to live in the past which takes its essence from punk and goes from there. Repeat until you fade.