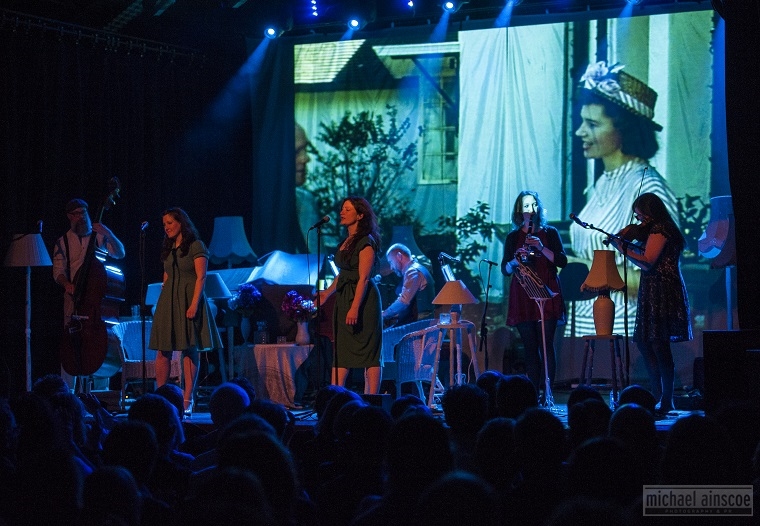 Taking their latest intimate new diversion on the road and into suitably snug venues, The Unthanks, lauded by the great and the good,  continue to redefine the folk arts.

And an Unthanks diversion which in the live setting is less of a concert and more a show, as has been a little trend in the folk community of late – Sam Sweeney’s Made In The Great War and The Transports both evolving from song into fully blown narrative theatrical pieces.

The set  is based on their soon to be released Diversions Vol.4; their interpretations of the works of Molly Drake. Her children, Nick and Gabrielle might be better known in their respective fields, but as a dabbler in both spoken word and song, her work has made a mark, particularly with the attention of The Unthanks who’ve delved into the legacy for their new work. The album is due out at the end of the month (merchandising plug alert – it is available on the tour and online store) so presenting a set of unfamiliar songs to an audience, especially with the first introductions not coming until twenty minutes in, might be a challenge. For the Unthanks audience, patience and deliberate attentiveness is par for the course and to be fair, it’s perhaps the best way to evolve the material – see it, hear it. 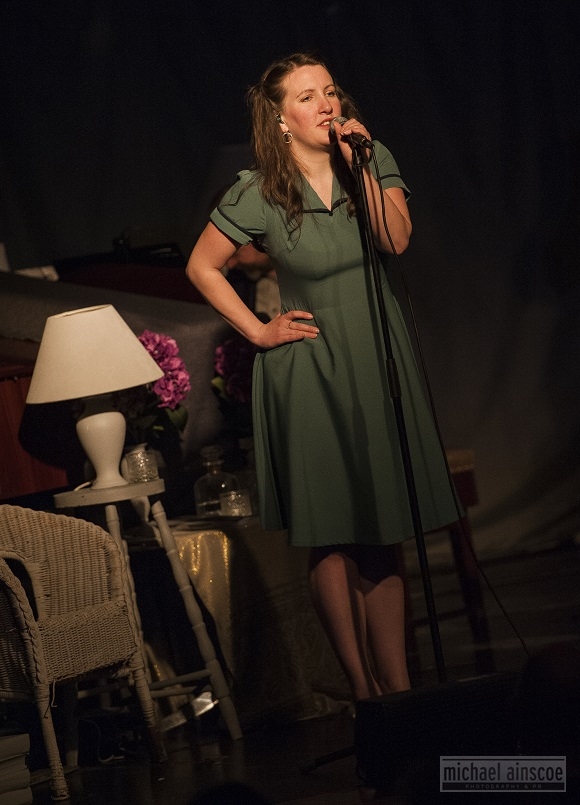 The set comes made up as a sepia tinged mid twentieth century room to present “ordinary music from an ordinary street.” Packed with lampshades (“a bunch of cheap lampshades painted grey”), tables and  a pair of rattan chairs, the use of a backdrop provided a focus for  projections of images and shaky home video footage. In the midst, a  stripped back band; no strings and brass,  just double bass, clarinet and violin and the piano of Adrian McNally, hunched intently over his instrument, the master of the less is more approach. Rachel and Becky (Molly Drake taking the musical influence one step further by becoming her new style icon) taking centre stage to perform and enlighten on their show.

Ambient pre show sounds led into two sets of short songs, chat and specially recorded spoken word contributions of Gabrielle, all opening up  the personal world of the Drakes.  Gabrielle appearing as the  startlingly uncanny image of her mother, a  poem written about Nick at age three and images of Nick as a baby all adding to the intimacy and impression that a box of treasures was being revealed. The added bonus  of a couple of Nick Drake songs in the encore simply topped off and provided a natural conclusion to a presentation that reaps  the benefits of touring the show first – now for the album.