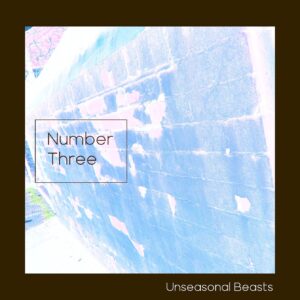 Unseasonal Beasts release their third volume of recordings, delayed by the pandemic/lockdown on Friday 4th March

So a little background. Unseasonal Beasts is, in the main, a collaboration between 2 Mancunican luminaries, to which many Louder Than War regulars will need no introduction. Simon ‘Ding’ Archer is a former member of The Fall, stepped into Kim Deals shoes for The Pixies album Indie Cindy and toured with PJ Harvey. He also owns 6DB Studios in Salford, where he’s recently worked with another of Louder Than War’s favourite bands, Horsemeat.

The other half of the act is Ian ‘Moet’ Moss. A man who can genuinely declare ‘he was there’ and front man of The Hamsters and Four Candles amongst others. He’s been described as ‘a rabid music fan, he is one of those singers who hasn’t let the fact he can’t sing ‘properly’ stop him fronting bands and making music since the late ’70’s’ and ‘a lesser known but doggedly persistent and entertaining character from the Manchester post-punk era. Moet continues to inspire, innovate and importantly, entertain’.

The duo are joined by a number of individuals with links to the Manchester music scene, other also appearing on the four tracks on this EP are Seth Leppard (Black Grape), Tamsin Middleton (Liines), Dan Woolfie (Blossoms) and David Wolfenden (Red Lorry Yellow Lorry)

I was initially pitched this release with the line ‘hold onto your hat Iain , it’s not for the faint hearted!’ The first track Where’s Booji Boy? kicks in like a happy hardcore anthem. The song wonders what would happen when the ‘mascot’ used by the post punk American band, Devo grew too old? Moss suggests the record company would have them eliminated and replaced. Nothing too scary there then?

Thoughout the EP there is a blend of dark humour, political fervour and intense delivery which is whipped up to create a maelstrom of thought provoking lyrics, all with cutting edge musical backgrounds. On the first listen, Kick The Priest comes across as being quite overblown and theatrical with a lyrical growl similar to Ian Dury’s delivery on the track Blockheads. This is serious stuff though, warning against authority and organised religion. An Aural Assault On The Senses has a warped spoken delivery over a soundscape underpinned by beats. It’s not easy listening (especially through headphones) but it demands your attention. The final Scratch That Itch is also graced with a mainly spoken word delivery over a driving rhythm which grows more visceral as the tempo increases.

I’m sure there are many who will be familiar with the first 2 EP’s released by Archer and Moss however I wasn’t until now. It’s great to hear something fresh that’s challenging, especially from a duo who could easily put their feet up and bask in their back catalogue and legacy. Not always the easiest of listens, but where would be the fun in that?

Ian’s new book, 45 : The Original Soundtrack, A Life Through A Thousand 7” Singles. Volume 1 1970-79 is due out in April. A launch event with be held on Wednesday April 13 at Aatama, in the City Centre. There will be music from the period, an conversation between Mick Middles and Ian plus some live music as well as books available, more details to follow 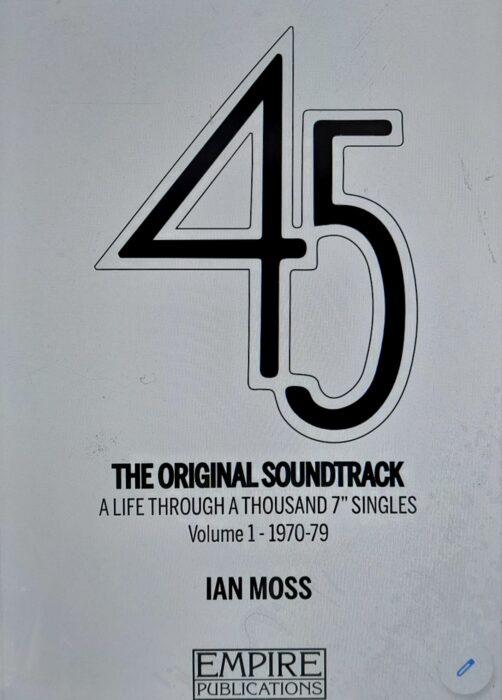