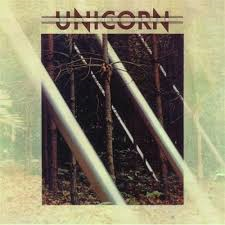 CD reissue for the second LP by Unicorn originally released in 1974, produced by Dave Gilmour of Pink Floyd and buttressed by single sides, outtakes and a contemporaneous BBC session track. LTW’s Ian Canty gets blindsided by what seemed on the face of it very much like a ’70s Prog group, but on this hearing were anything but.

As the old saying goes, appearances can be deceptive. Yes a very hackneyed cliché, but often true. Take Unicorn for instance: signed to premier Progressive Rock label Charisma, produced by Dave Gilmour of Pink Floyd (then basking in the huge success of Dark Side Of The Moon), liberal use of a mandolin and this record emerged to the general public in the great-coat high watermark of 1974. Could this be anything other than super-overreaching, meandering Prog Rock? Well yes it is. If I am being totally honest, I felt a mixture of relief and disappointment at this. Relief because for me some Prog can be taxing in the extreme, disappointment as in the correct dosage it can remarkable listening in its insane over-ambition and sheer audacity. But let us accept and appreciate Blue Pine Trees for what it actually is, rather than what it clearly is not.

Before I heard this new version of Blue Pine Trees I knew next to nothing about Unicorn, bar some wild guessing they were some sort of early ’70s hairy bunch, but it turns out they have an interesting and diverting backstory (most of which, I’ll hold my hands up, I have cribbed from Malcolm Dome’s excellent sleeve-notes). Beginning as a skiffle band called the Senders in the early ’60s, they had a spell in the latter part of the decade backing heartthrob Billy J Kramer after he had been deserted by the Dakotas and also operated in their own right as the Late. Finally a year into the new decade they became known as Unicorn at their record label Transatlantic’s insistence and released their debut album Uphill All The Way for which this album was the belated follow up. The band’s line up at this point was Ken Baker on guitar and vocals, Kevin Smith on lead (and that mandolin!) plus a rhythm section of Pete Perryer and Pat Martin.

Having spluttered on at length about what Blue Pine Trees is not, let us concentrate here on what music Unicorn did provide us with on this album. For a start, there is a big Country music influence going on here, but far more like the Country Rock the Byrds experimented with at length towards the end of their original tenure. The twist here though is that the singing of Unicorn (they had fine voices and could sing harmony) was very English sounding, taking the songs imbued with this uniquely US sound somewhere else entirely. They also had a great deal in common with Slim Chance, far more than any Prog behemoths. Of course if you’re resembling in any way Ronnie Lane’s team that can only be a good thing.

Electric Night is one of those evocative, dreamlike drifters that “the Chance” made a fine art of, but it’s far from a carbon copy and whilst The Farmer is not The Poacher, it is one catchy old hoe-down. But it is carefree Country Rock that truly defined them. Just Wanna Hold You is a lovely ballad in that mode, both sad and touching and the nippy Sleep Song is an excellent example of Unicorn’s strengths in smoky C&W. There’s even a hint of CCR on Holland that gets as close to chooglin’ as a UK band could.

When not indulging in Home Counties And Western or some raggle-taggle Folk Rock Unicorn favoured a restrained approach which had a lot of parallels with low-key indie bands of say 20 years later. This LP does in fact sound pretty up to date to these ears. In The Gym puts me in mind of something in the same sort of area as 10cc or even Beautiful South (I would have to say Unicorn are for me far superior to BS though), wordy, witty Pop music.

The Ooh Mother single that is among the bonus tracks relies and makes a virtue of the band’s vocal prowess within a complex arrangement. But Nightingale Crescent is the true ace in the pack on this collection for me – a magical take on the kind of kitchen-sink soap-opera the Kinks/Hollies specialised in, there’s even a bit of Badfinger in there plus a little of Needles And Pin” – mixing Proto-Power Pop, song story-telling and even a little Prog finally to great effect! It is wonderful.

As a footnote, during the recording of this album the band’s tour manager got bass player Pat Martin and drummer Peter Perryer to record with his mate’s young sister and as a result Dave Gilmour got to know about it too. You’re probably ahead of me already – that 15 year old turned out to be Kate Bush and one of the songs they recorded with her ended up as the flip to the Army Dreamers single, which to her great credit she saw the Unicorn twosome alright royalties-wise even after the six year time-lapse between recording and release.

Unicorn, despite their outward stylistic trimmings, plainly knew the value of a good tune and stuck to what they felt was right by ignoring fleeting trends. Though perhaps a better fit for the then thriving Pub Rock circuit where the brand leaders Brinsley Schwartz were doing something not entirely dissimilar, their take on Country Folk Rock has stood the test of time really well and rather better than the vast majority of outfits seemingly more in tune with the zeitgeist.