This isn’t the only dispute here. 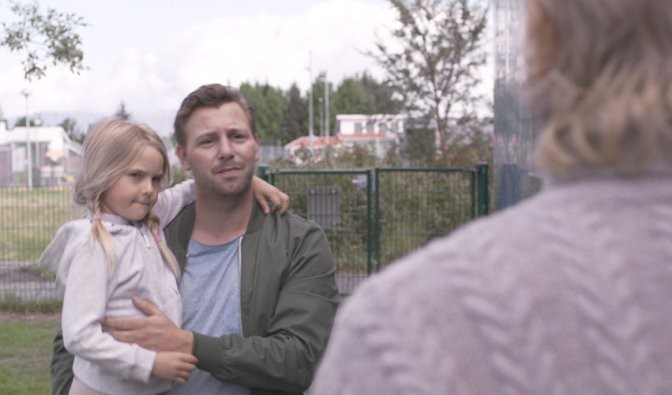 Konrad and Eybjorg, the couple who live next door to Atli’s parents, complain about the massive sycamore tree that casts a shadow over their own backyard patio. Eybjorg, in particular, is keen to make the most of the sun during Iceland’s short summers.

Baldvin, Atli’s father, is sympathetic to the request that they trim its overhanging branches but his wife Inga (Edda Björgvinsdóttir) is less receptive. ‘Over my dead body.’ 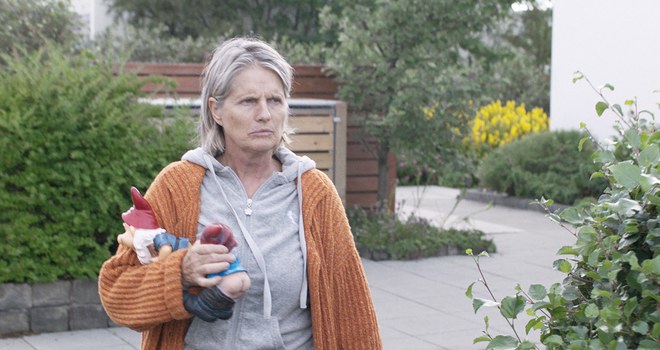 Inga quickly emerges as a spectacularly bitter woman, frostier than a wintry night in Reykjavik. She is always in the right, and anybody who opposes her will be dismissed mercilessly. Compromise is never an option in her world.

This may be at least partly due to the disappearance of her son, Uggi. The rest of the family believe he has killed himself, but she clings desperately to the hope that he will return one day.

When her cat goes missing – inevitably bringing up more painful memories of Uggi for her – Inga blames ‘Cycling bitch’ Eybjorg (Selma Björnsdóttir) and plans to take some truly malevolent retribution that will spiral the vendetta out of control and lead to a tragic ending.

‘Has everyone lost their minds?’ Baldvin asks at one point. The answer to that question would have to be a big yes.

A huge success in its homeland, Under the Tree was selected as Iceland’s entry for the Best Foreign Language Film at the 90th Oscars, although it failed to earn a nomination. Bleakly funny one minute, devastatingly sad the next, Under the Tree is an unpredictable and engrossing watch and Edda Björgvinsdóttir, best known as a comedy actor in Iceland, is outstanding as the callous Inga.

Extras include the trailer and Making Under The Tree [23 mins] – a behind-the-scenes look at the making of the film.

Montage Pictures presents Under The Tree in its UK debut on Blu-ray and DVD.

For more on the film: https://www.eurekavideo.co.uk/montage/under-tree-undir-tr%C3%A9nu