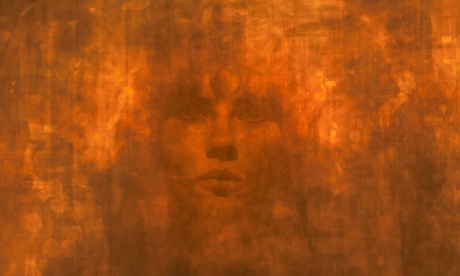 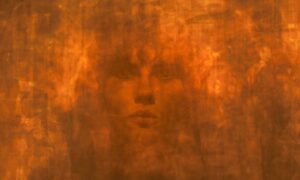 Apparently when Under The Skin premiered at Venice film festival the critics booed and cheered it in equal measure when it finished, and a scathing piece in the Independent sneered at the fact that it was filmed in Glasgow ‘of all places’. This kind of press only makes you want to see the film more and Under The Skin is worth the effort – a deceptively low budget sci fi horror flick about an erotic alien wandering the streets of Glasgow picking up lonely and disposed men and despatching of them in a gloop instead of the expected sex in a film that is by turn bleak, uncomfortably dark, oddly beautiful and eerily moving.

Based on Michael Faber’s novel of the same name about an alien seeking out men to send back to an alien planet for a meat packing factory the film moves very much in its own direction and the book’s maybe underlying narrative on the way we treat animals is not explored and glammed up with the addition of Johansson but then the film’s director was always going to remould the book on his own creative terms.

Director Jonathan Glazer is master of the brooding impact from his horses-in-the-surf Guinness commercial to his previous films Sexy Beast and Birth. Under The Skin was ten years in the making and is a masterpiece in a swerve into the art house with a great brooding moodiness. The critics boos came because they maybe missed the point – this is a film of the outsider looking in, detached from the sprawling madness of our sleepwalking ‘reality’ and turning the banality of reality into an alien landscape.

As a reflection on the cold, harsh and damp reality of modern Britain where rain tumbles down on broken streets and the sky is always grey and even the warmth of sex is rife with an alien danger this film is great. Like some sort of seventies punk experimental piece with the stink of bedsit sex and a frozen yet enthralling sensuality it features Scarlett Johansson playing the emotionless cyborg alien to perfection as she drives around the city picking up strangers and in some cases genuine members of the public to give the film an added frisson. The expected sex doesn’t happen and the victims are lured into a web of suspended animation which is never explained and power to the film for that- it hangs like a mist or a strange fretful nightmare instead of some lazy morality tale.

The films very heartlessness and the coldness that permeates from the weather to the disposability of life in the 21st century possibly reflects our cold modern times and the ghosts of Nic Roeg and David Lynch hang over the monochromatic sci fi transposed into the rainy day  reality. Nothing is explained and there is very little dialogue-the film deals in a suffocating atmosphere and moments of sheer nastiness and upsetting ugliness that never seem too gimmicky. Johansson perfectly plays her part as she drives around the cityscape- the woman who fell to earth and the cold hearted assassin preying on the lust and desperate hunt for the escape of warmth from near frozen flickering reality of the modern world.

Her eventual warming up and surge of emotions sees the unravelling of her alien world in a unsettling climax that leaves the many plot lines hanging in the air like the Scottish mist on the hillside and we would not want it any other way.