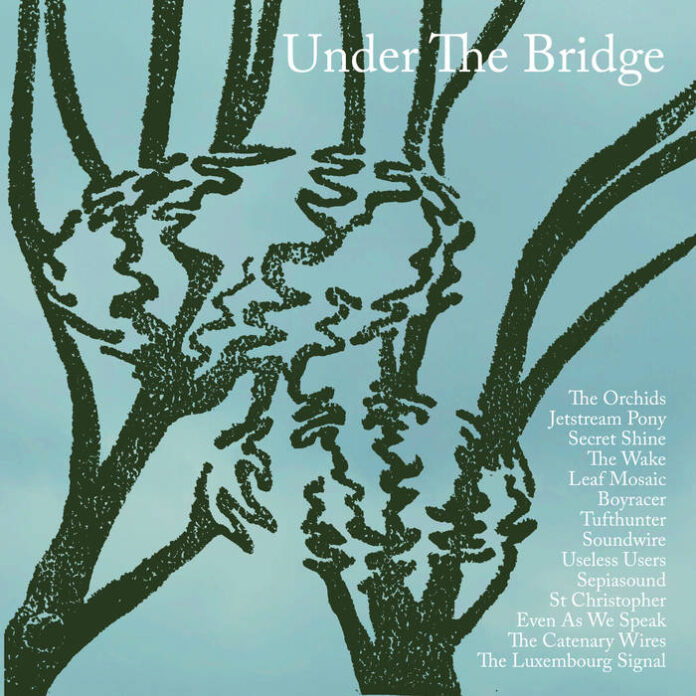 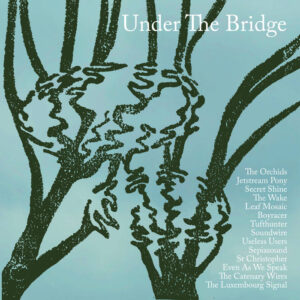 Under the Bridge: Various Artists

A name synonymous with 1990’s indie pop, Sarah Records, is celebrated on this exquisite compilation. The album features new tracks from bands who originally formed part of the label’s roster, alongside other bands featuring members of original Sarah bands. The result is an quintessential collection for any Sarah fans and collectors. More than that, it is an eminently listenable collection of great songs for the unacquainted from Stockport to Stornaway.

Somehow fate has decreed that the time must be now for the revisiting of the back catalogues of bands who appeared on Sarah. I am also in possession of a series of double 7” vinyl packages, released byPrecious Recordings, featuring old radio sessions from, among others, Heavenly and Blueboy. Reviews of these to follow shortly.

There are 14 songs on this compilation, you can find a full track listing below, which provide the listener with a sonic landscape representing a veritable smorgasbord of indie tunes. These come in the form of varying degrees of the jangle pop, for which the original label was famous for, through electronica to psychedelia and drone rock.

From a personal perspective while listening to these songs, I am transported back to certain times and places. Of course, these are new songs.Undeniably they sound fresh, vibrant and new, with each band displaying their own unique and individual aspects to their sound. But there is an overall atmosphere and aesthetic created by the music that recalls a time in musical history.

Believe me, to someone who is well past their initial flush of youth, this is very much a positive aspect of this compilation. It helps transport me back to a simpler, happier time where some of the biggest decisions I had to make were what album to buy, or what gig ticket to purchase with my hard earned cash. That is the power music holds. The ability to allow the listener to close their eyes and be somewhere else altogether, shutting out the real world even just for a few minutes.

Enough of my youthful yearnings… what about the music? Well for starters there are six bands here that retain their original nom de plumes from way back then in the shape of The Wake, The Orchids, Even as We Speak, St Christopher, Boyracer and Secret Shine.

Elsewhere bands who have risen from the ashes of other Sarah bands present there wares,. These include a particular favourite of mine, The Catenary Wires (the irony isn’t lost on me liking a band whose name is connected with railways when I work for a train operation company…P.S. I’m not a trainspotter) Anyway, back to the music.

The compilation opens gently with Travel Through Midnight by the Luxembourg Signal, a mixture of atmospheric synth, sympathetic jangly guitars and a soaring vocal.

This hypnotic opener is immediately followed by one of the catchiest songs on the album. Even as We Speak provide Begins Goodbye,  introduced by an repetitive insistent vibrating pulse before the guitars burst into life complemented by a glorious airy vocal. The insistent pulse continues throughout with a rising and falling intensity. A fade out gives you a false sense of the song ending before it explodes to life again for its last energetic chorus.

None of the songs on the album have me reaching for the skip button, each one intriguing in its own way. From the subtle underlying keyboard rhythm of Leaf Mosaic’s Bullet Train, through the mellow laidback groove of The Orchids and I Didn’t mean to Stare and the French chanteuse vocal on Tufthunter’s Monsiouer Jadis then further onto the pensive psych pop of Useless User’s Wish You Well.

St Christopher’s Stornaway has a fuzzy slacker rock guitar line underlining a vocal that recalls Billy MacKenzie’s lower vocal range. Secret Shine bring a bit of ethereal shoegaze to the party with their sublime Lost in the Middle, before Boyracer punk things up bit with Larkin, packed with thundering drum rolls, dissonant guitars, and a vocal not unlike the legendary TV Smith. Jetstream Pony then continue in the jangle pop vein with their take on sixties beat pop with Stroud McD F.C.

With Another Sun, Soundwire bring some welcome psychedelic drone rock to the album, providing me with yet another highlight, before handing over to Sepiasound, with their sumptuous instrumental track Arcadian, bringing some reassuring calmness to proceedings.

Before the album closes out with the epic sweeping sound of Stockport from The Wake, The Catenary Wires delight with their song Wall of Sound, its clever lyric berating people’s love of the metaphorical “dragons on the hill” who are responsible for the misery and death of many – “how many has this dragon slain”. How can such a cutting lyric be delivered in such an uplifting and beatific way. Sheer class.

Under the Bridge is  a most welcome addition to the collection of anyone who was a fan of 80s/90s indie pop, the iconic Sarah Records, or really anyone who appreciates a great jangle pop tune or two.

If you love the album – go to the gigs!

“There will be two all-dayer events in 2022, featuring several of the bands on the album, in Bristol (The Thunderbolt) and in London (The Amersham Arms) on 23rd and 24th April respectively.Tickets will be available on www.wegottickets.com.” 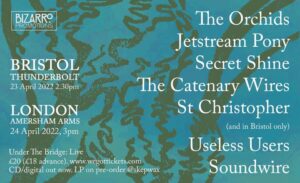