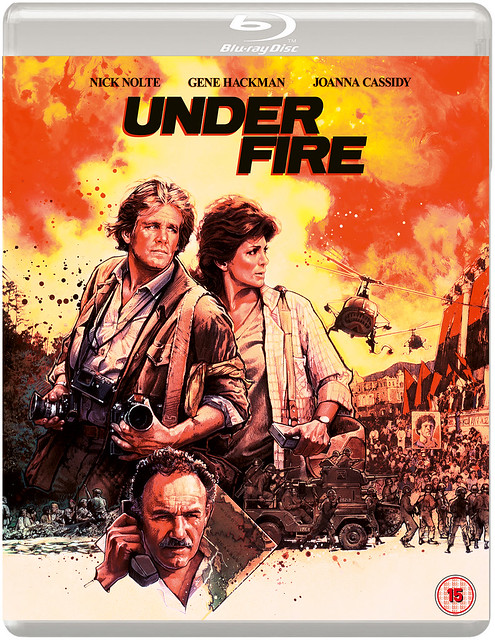 Jamie Havlin assesses the re-release of a complex political thriller set against the backdrop of the 1979 Nicaraguan revolution.

Russel Price (Nick Nolte) is a globe-trotting photo-journalist whose motto might just be ‘I don’t take sides, I just take pictures’ during the early part of the film.

His objectivity will soon be challenged, though, as he is gradually drawn into the conflict. He experiences the luxury that Somoza and his allies enjoy and then meets with many much poorer Nicaraguans, including a keen baseball fan who puts his pitching skills to good use when lobbing hand grenades at government forces.

Gene Hackman plays his pal Alex Grazier, a TV reporter who dreams of ‘burning his suitcases’ and becoming an anchorman on a big TV news show back in New York.

Under Fire opens in Chad with Grazier about to break up with girlfriend Claire Stryder (Joanna Cassidy), a radio correspondent, who is also on friendly terms with Russel. A love triangle of sorts will develop between this trio of characters, but this never takes centre stage. Instead, the focus is on political events in war ravaged Nicaragua, where all three soon find themselves.

While there, Russel’s developing sympathies for the revolutionaries lead to him become desperate to photograph the elusive leader of the guerrilla forces, a charismatic young man named Rafael. Russel is soon given the opportunity to achieve this goal, although not in the way he might have imagined. He has a tough decision to make: is faking a photograph ever morally justified? 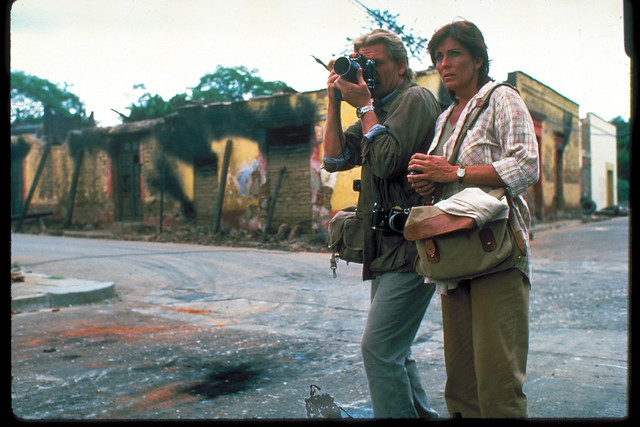 Apart from a prologue where California is substituted for Chad, the movie was shot in the Mexican states of Chiapas and Oaxaca, with Canadian-born director Roger Spottiswoode employing the same local crew with whom he’d previously worked with as editor on Sam Peckinpah’s Pat Garrett and Billy the Kid.

As a director he coaxes some solid performances from his leads and gives a notable early role to Ed Harris as an amoral American mercenary. He has a good sense of pace and is adept at inserting some compelling short, sharp bursts of action along the way. He obviously learned well from Peckinpah.

Spottiswoode would later go on to helm big bucks blockbusters like Tomorrow Never Dies and sci-fi action thriller The 6th Day but Under Fire is arguably his finest directorial achievement. 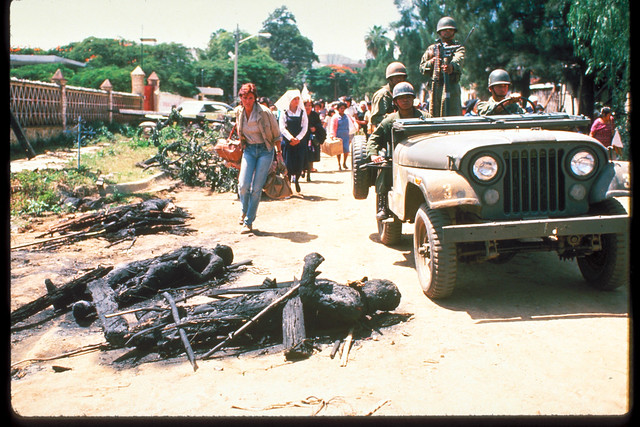 Cinematograper John Alcott (A Clockwork Orange, The Shining) deserves a special mention for his outstanding work, as does Jerry Goldsmith (Chinatown, Alien), who provides a very effective, and Oscar nominated, score. Quentin Tarantino obviously liked it as he would go on to ‘sample’ a music cue simply titled Nicaragua in Django Unchained.

Under Fire under-performed at the box office and some reviewers found its political stance naive. Many others were much more favourable. Roger Ebert in the Chicago Sun-Times praised it as ‘one of the year’s best films’, while Geoff Andrew of Time Out called it ‘a thrilling film, with a head, a heart, and muscle.’

Eureka Classics presents Under Fire here in its Blu-ray debut in the UK.

For more on the film: https://eurekavideo.co.uk/movie/under-fire/