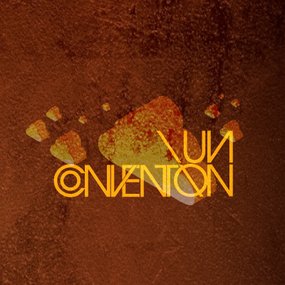 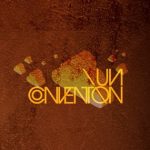 This is a great looking event.

It’s put on by Unconvention who are championing DIY music culture all over the world. They have been putting on events in all sorts of countries from Brazil to Uganda as well as their hometown of Manchester/Salford.

There are lots of panels, talks, exhibitions and musical events.

It’s a great chance to go and meet people who actually get off their areses and doing something in music culture, we will be here as well…so come down and hang out.

I will be there doing a special in conversation interview with Steve Ignorant.

Un-Convention Voices looks at political voices and social messages through spoken word,hip hop, social media, art and culture. It’s about people’s voices and getting them heard. Two simultaneous events connecting with each other in real time Roundhouse, London UK with The Museum of Modern Art, Medellin Colombia explore the voices and messages of young people through art and digital. The day explores the sounds, ideas and projects that help change the world and society and make people think differently.

Panels include Female Voices with a panel of female MCs, Hip Hop (live from the barrios of Colombia), Politicisation of music, Creativity and social media in places of armed conflict, digital innovation, Latin American music in the UK (curated by Como No), a panel presented by Colombiage, a panel featuring members of Africa Express, intermixed with spoken word and hip hop performance.

With very special unseen work from Cassetteboy, The Juice Media: Rap News and Art as Activism by Tracey Moberly.

This is the 2nd Un-Convention event at Roundhouse. It follows an amazing Un-ConvnetionFactory in February last year where people like Dave Balfe, Dave Rowntree, Tom Robinson,Viv Albertine, Charlie XCX and John Robb were involved in the recording, production and release of an album in one day.

Un-Convention is a global grassroots music and creative community ”â€œ that meets physically and virtually to share ideas; discusses and debates cutting edge issues around music, technology and creativity; and facilitates members engagement with their peers.

The community is driven by a not-for-profit initiative that sees opportunity for the grassroots in changes to the way that music is being produced, consumed and sustained. Un-Convention understands that the most interesting stuff happens on the margins. We don’t mind the mainstream; we just don’t find it relevant. Un-Convention doesn’t believe in ‘do it yourself’. We believe in ‘do it together’.