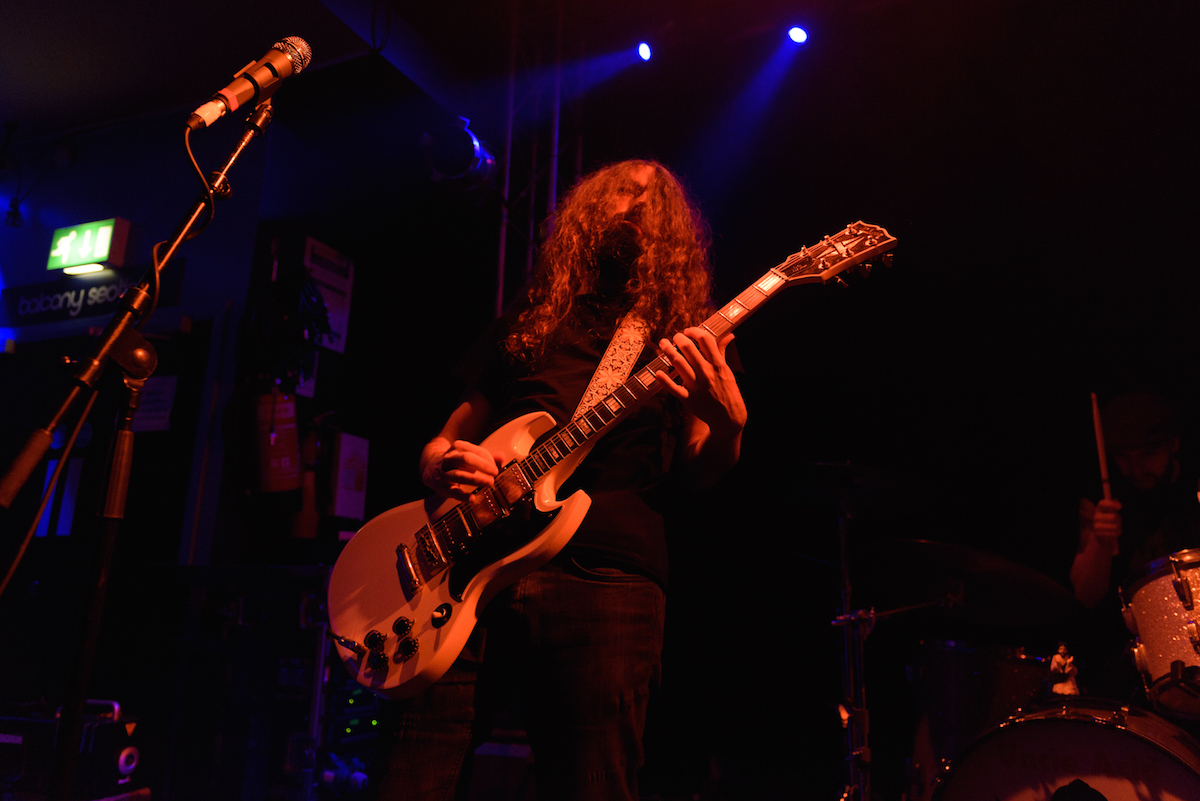 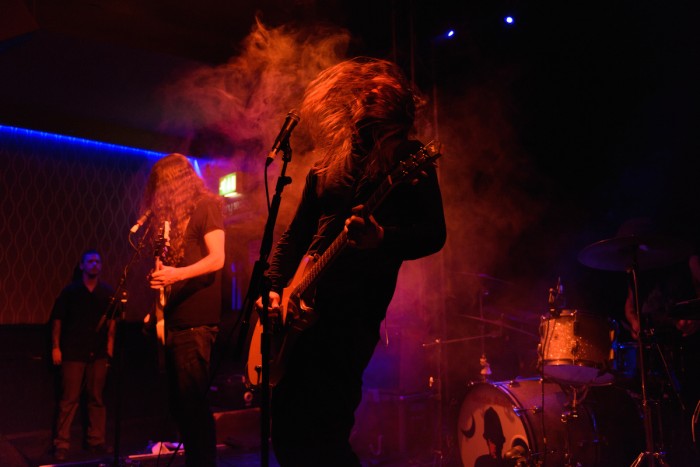 Uncle Acid bring the acid coven to Newcastle and sets about melting faces with their monolithic riffs and dark bass lines.

Having first got our attention with the monolithic Blood Lust, since then two more incredible albums have followed. Their sound becoming brighter with each one, the latest The Night Creeper is a riff-laden heavy metal monster. Tonight though Gothenburg’s Spiders are up first, an energetic set from this band on the rise.

Like Uncle Acid their tracks tricks are packed with blusterous riffs, lead singer Ann-Sofie shrieks her way through a barrage of 70s style heavy metal. It’s a theatrical set with the band flinging themselves around the stage, yet aside from their exuberance the set lacks substance. Yet the opposite can be said for Uncle Acid & The Deadbeats, clad in black with their hair covering their faces.

Immediately setting about the crowd with their huge riffs, the epic instrumental opener of Waiting For Blood sets the tone for this exciting set. The band unrecognisable especially lead man Starr’s, who’s mane flicks violently as he delivers these harsh riffs. The crowd graciously nodding along to this aural onslaught, as these harsh notes coarse through the venue.

Early highlight is Death’s Door, this swaggering monster of a track is augmented with dark shamanic vocals reminiscent of Black Sabbath. Despite the lack of interaction, there’s an intrinsic connection with the crowd as they fall at the feet of their heroes. The band constantly varies the sound, from the dark and sinister to the more upbeat brightness of the new material.

Tracks like Pusher Man and Inside fitting this more intense and sharper sound, yet their sound is still rooted in their previous Heavy Metal influences. However, the brightness of the guitars takes over as opposed to blending into the darkness of the harsher tracks.

As the band close out with a rousing rendition of the incredible Vampire Circus, we’re left in awe of Uncle Acid tonight. There’s an effortlessness about the band, they dole out riffs by the dozen in quick succession. Returning for an otherworldly encore they firmly take the roof off this packed venue, equally blowing away Marina & The Diamonds who are playing in the venue below.