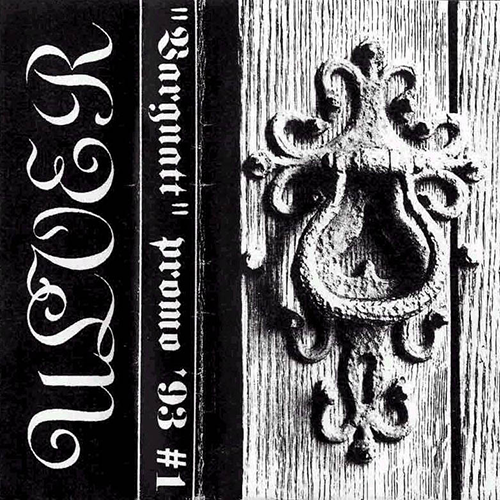 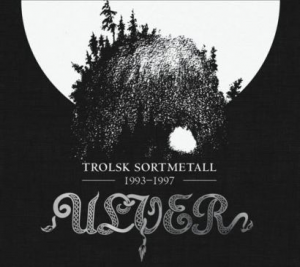 Century Media Records have just released a must for any black metal fan – The black metal years of ULVER – which includes the first three studio albums (“Bergtatt”, “Kveldssanger” and “Nattens Madrigal”) by the band as well as the legendary “Vargnatt” demo. It also comes with a previously unreleased 4-track rehearsal from the “Nattens Madrigal” era and the sound has been completely remastered throughout. For Louder Than War, Joshua Hart has taken on the herculean task of listening to the whole caboodle and he reviews it for us below.

Picture a record store somewhere in the grim, frostbitten kingdom of Gloucestershire. A brick building, adorned with an upside down cross and Marduk posters, tucked neatly in between a Greggs and a chemist. You walk towards the store, size eight and a half combat boots crunching through the fallen, dead leaves, flecks of mud staining the lowest hem of your kilt.

You cross the threshold into the store, your transition lenses adjusting slowly to the low light. Medieval weaponry hangs on every wall. Record bins line each wall, each one containing multiple copies of Darkthrone’s Transilvanian Hunger album with the phrase “Norsk Aryan Black Metal” scratched out with sharpie.

You make a beeline for the shirts. See, you’ve got to look appropriately kvlt for the Twitching Tounges show on Friday or the kids in denim vests might laugh at you. You flick through the rack but the selection fails to satisfy. The bands are just too mainstream. Bathory? Mayhem? Dimmu Borgir?! You’d be a laughing stock.

You approach the attendant at the counter, a man in cargo shorts and nothing else. From the darkness you can see an Abigor tattoo over his left breast, indicating his trveness. You are intimidated by his grimness but you complement his corpse paint. This gesture of kindness brightens his day. He applied the makeup this morning after drinking four Stella Artois and he was worried that he looked like Peter Criss.

You ask him if he has any shirts in the back. He asks what you’re looking for. You think for a moment. You need something kvlt but recognizable, something old-school but still relevant.

You ask him for an Ulver shirt, preferably with some black and white art. He looks at you and scoffs and, with the stank of superiority in his voice,  informs you that Ulver aren’t black metal.

You grin to yourself, a gesture made invisible by your thick, lustrous beard. You have the upper hand.

You pull an item from the inside of your 3XL faux-leather trenchcoat, the limited edition, five CD Ulver boxset called Trolsk Sortmetall that you worked so hard to purchase, spending countless hours answering the phone at the tattoo shop downtown, waiting patiently to ebay snipe demonicspirit667 for the $300 set. You prepare yourself to slam it on the counter and destroy his claim. Five CD’s of true norwegian black metal.

Just as you slam down the box, a realization hits you. Ulver recorded a folk album, a disk present in this box set. in fact, if your memory serves you, there’s also a prog-metal album in this set as well.

This epiphany manifests itself as a ball of anxiety in your gut. You stammer, trying to defend your position but it is too late. He tells you that you are no longer kvlt and that you should leave.

You stumble out into the street. You clench your fist. Why am I not kvlt enough? What did I do wrong? This is impossible, I’m a moderator on Lambgoat dammit!

You walk down the road and then up two flights of stairs to your council flat. The walls are plastered with unframed  Watain and Mercyful Fate tour posters on the walls and in the corner is a shelf of alphabetized japanese horror vhs tapes. 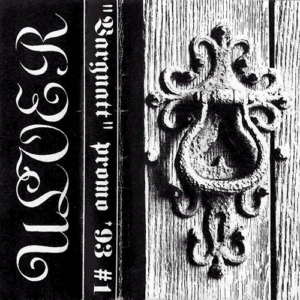 The Ulver box set digs at the back of your mind. How couldn’t it be black metal?

You move to your stereo system and take a deep breath. You load the first disk into the player, a demo entitled Vargnatt. As a wave of static hits you and the opening guitars of Her Begynner Arr  kick in, you realize that this album sounds less like Thorns’ Grymyrk  and more like Failure’s Fantastic Planet. Sure, there are blast beats and screeched vocals, but the melodic quality of the guitar offers something much more substantial than the buzzsaw, tremelo-picking guitar work of traditional black metal.

This progression continues on tracks such as Tragediens Trone and Nattens Madrigal, songs that presages the dark-folk passages of Opeth and Deafheaven respectably.

The demo ends with a title track, a song that sounds like Sabbath played by a drunk, homeless druid. It has a fuzz-rock solo.

The album ends with echoed vocals and the CD whirrs to a hault. You pull it out of the player and put it back into its case. You sit for a moment and think about the implications. There are certainly black metal elements, but not enough to garner the slavish attention and brutal ebay-warring that resulted from this boxset’s limited release. 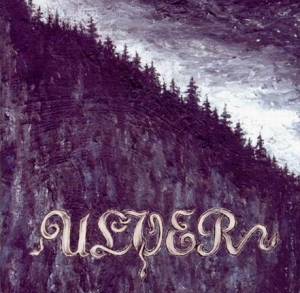 Your hands shake as you take the set’s second album, Bergtatt- Et eeventyr i 5 capitler from its sleeve. You look at the cover art, a painting of a mountainside. A twinge of hope springs in your chest. Landscape art has always been associated with black metal as far away back as Master’s Hammer.

With baited breath you que up Troldskog faren vild,  the first track. Your heart skips a beat as blast beats drive into your skull. A tinny guitar riff kicks in, a little too Ensiferum for you, but that’s okay, and then, from nowhere, comes clean vocals. Not a shriek to be heard. Damn them, damn Ulver and their on-key, harmonized vocals that cascade beautifully over folk-influenced metal guitar! Sure, the black metal parts kick in eventually, but their brevity and varied time signatures make you think that the guy at the counter was right.

The rest of the album subjects you to the same brutal emotional rollercoaster. Graablick blev hun vaer begins with soft, fingerpicked folk that transitions into hateful, spastic black metal and, before you can grab onto the familiar sound of true norwegian black metal the song slides back into slick, slightly groovy folk-rock.

As the album fades to an end, the classical guitar of Bergatt- Ind i fjeldkamrene echoing into the ether, you shake your head and close your bleary eyes, doing your best to ignore the complexity and stylistic variety of the music.  This can’t be! If this boxed set keeps than you might have to delete this album from your recommended list on Sputnikmusic.

You take a moment to pour yourself a drink before you play the third disk. A nice cold craft beer into your souvenir R2D2 mug. You take a swig and hope that the delicious taste of the yeasty brew will distract him from his failure as a metal bro. You pace the five hundred feet of your flat, steeling your mind for possible un-trveness.

Back to the stereo system. The set’s third album sits hot in your hands. You place it in the cd player and then return to nursing your drink. 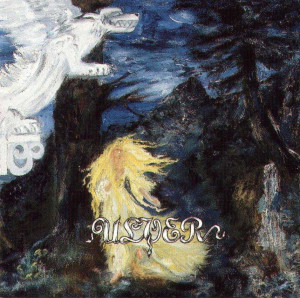 Østenfor sol og vestenfor maane begins with cello and gregorian choral vocal chanting. Your heart breaks. You down the rest of your glass and head to your kitchen for more.

The semi-electric hum and potent orchestration of Nattleite makes you pour another drink.

By the time you reach the acoustic, windswept, folk meditation that is Hiertets vee graces your ears you are good and soused.

You listen to the rest of this folk album in a drunken stupor and, somewhere in the black cockles of your heart, you enjoy it.

A twinge of panic touches you. This isn’t kvlt? But it’s good? How could I have been so wrong?!

The album ends with Ulvsblakk, an upbeat, ambient pop/folk  number that wouldn’t be out of place on a Nancy Sinatra album. You like this one most of all and this fact nearly brings you to tears. The damage has been done. Some part of you, a sliver, enjoys music that is not kvlt. That’s it. The jig is up. You can never go to a local show again. You’ll have to delete your blogspot. Oh the humanity! What hath Ulver rot?!

Your black metal identity has thoroughly erased. Although the last two albums in the set ramped up the black metal, you have already transcended to a new musical plain.

You listen to Nattens madrigal, the bands third album, with the studied, academic eye of a professor.

On a surface level the album is black metal. It has its black metal blast beats, paper-thin guitar tone, and high, gargled vocals, but with your newly enlightened musical appreciation you can recognize the diverse influence.

Of Wolf And The Devil is black metal accompanied by classical piano. The track even dares to throw in a bit of rock n’ roll at the end.

You nod your head to Of Wolf and Passion, noticing the heavy shoegaze influence the opening guitars. The song sounds like Deafheaven 16 years past.

This album doesn’t quite strike you like the last three have. You’re jaded now.

The last disk, a previously unreleased rehearsal demo from seems to fly by to you. You seem to hear it in spurts. The second track, untitled like the rest, has ample garage rock influence. The fourth song has shoegaze guitars and swirling, twinkling piano.

The rehearsal demo ends, only four tracks long. The box set ends with it.

You look out your window. In the distance, lording over the town, is a parish church. For the first time your blackened heart feels pity, pity for the ebay black metallers that fought so hard in bidding for a boxed set that isn’t kvlt. You pity yourself for your foolishness. It is a new dawn. Ulver’s trilogy of folk-inflected, brilliantly progressive trilogy and its sister demo recordings have pulled you from your black metal cocoon. The future is unwritten. You make plans to sell your trenchcoat.

All words by Joshua Hart. This is Joshua’s first review for Louder Than War.