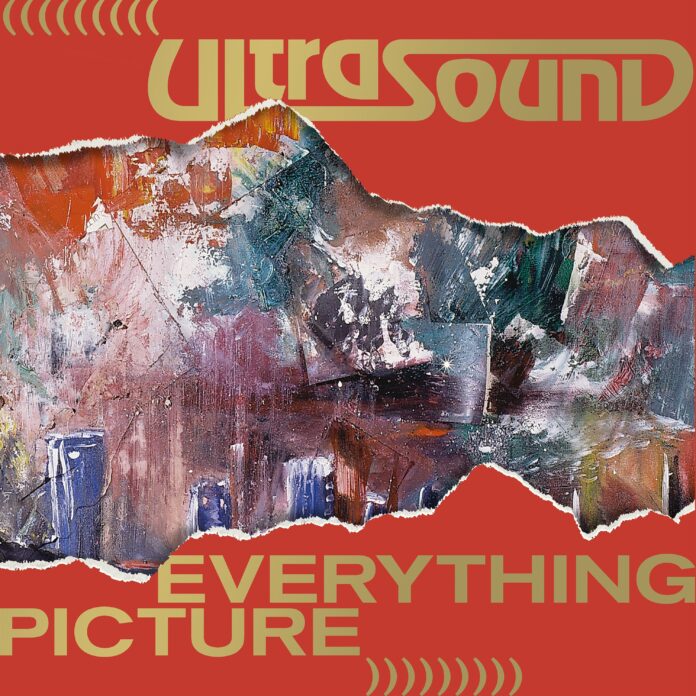 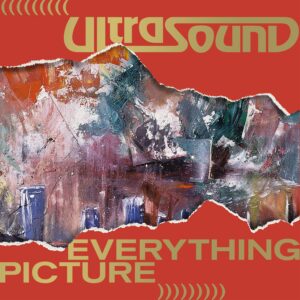 Paul Clarke takes a trip back to the fag end of Britpop to reassess Ultrasound’s debut album Everything Picture, as this lost classic gets a scrumptious repackage.

This is one of those albums that, when they turned it into the record company, the eager executives must have stuck it on the CD player and then slowly turned to each other before someone finally said, “What the fuck are we going to do with this?”

In an era when guitar-driven indie rock was king, Ultrasound decided to spend weeks locked in a studio, creating a triple album that attempted to meld the dominant sound of the day with prog rock. As charismatic frontman Andrew ‘Tiny’ Wood says in his illuminating sleeve notes, the quartet had gone from playing to two men and a dog to being the darlings of Steve Lamacq and John Peel. With the 20/20 benefit of hindsight, they now recognise it all went a bit to their heads, which shows in both the ambition and occasional self-indulgence of this remastered double vinyl release. It’s no surprise they imploded only six months after their magnum opus was released.

After a run of pretty decent and critically-acclaimed indie rock singles like Best Wishes and the evergreen Stay Young – which got to number 30 in the hit parade – the money men must have thought there was no need to rein them in. In fairness, as Tiny points out in his honest sleeve notes, they burnt through three producers during the exhaustive sessions, so it’s little wonder they went so spectacularly over the top, as they seemed to throw every trick in the control room at it. That said, it’s still the rare Britpop album that has actually stood the test of time. The decades have been kind to it, because their sheer nerve pisses all over the trad rock tendencies of most of their Britpop contemporaries, who will rightly never earn a deluxe reissue like this.

Cross My Heart is a clever opener, setting out their stall with eerie, scratchy guitars from main songwriter Richard Green, before the band kick in as Tiny’s distinctive voice joins the party. Tiny’s vocals were always their secret weapon, and on debut single, Same Band they start off a bit Hawkwind before dropping into indie mode. Stay Young remains an absolute belter, with its huge chorus and another epic Tiny vocal as he belts out, “I want to stay young, wanna grow old, and never come undone,” which are really prophetic lyrics given what happened. The pace drops on the subtly-reflective Suckle, and Same Things is pretty much a template for what Fat White Family are doing nearly three decades on.

Another potent weapon in their sonic armoury was bassist Vanessa Best’s vocals and she meshes brilliantly with Tiny on Happy Times. Halfway through the album, Aire & Calder feels like a wild river flowing, and punchy semi-hit single Floodlit World is undoubtedly one of the greatest Britpop songs. So far, so good, but the title track (that takes up side four) left them wide open to the critical backlash that pretty much finished them off. It is a sprawling tune that isn’t half as clever as it thinks it is, wearing Krautrock influences a bit too obviously. It starts out OK, but the final minutes of screaming guitars and disembodied vocals is simply boring and self-indulgent, and a strong producer would have knocked them into shape, or strongly advised that less can be more.

But the real gold dust for their fans, and those seeking to find out more, is the seemingly endless extras One Little Independent Records have thrown in. You get a beautifully-produced booklet with Tiny’s sleeve notes, plus loads of unseen band pics, including Tiny arm-in-arm with Robbie Williams. It also includes many of the front covers from when they were briefly the darlings of the fickle British music press, lyrics to the album tracks, plus to the singles and B-sides. If that isn’t enough, they even throw in a poster of the album’s art work, suitable for people’s home office. Completists will love the fact that there are two vinyl records of all the singles and B-sides, including the quite mad Football Meat, which is possibly Britpop’s most disturbing record.

But hold on…there’s more. They’ve even thrown in a live CD of the best moments from some of their shows, which acts as a reminder that they were at their very best on stage. Of particular interest are an acoustic version of Floodlit World from a BBC session and a storming band version from their triumphant Glastonbury set during a torrential downpour. Spliced between some candid band interviews, there’s a confrontational version of Football Meat and it ends with a blow-out version of Everything Picture that took up the whole of a BBC session and managed to royally piss off Peel, which is no bad thing.

For those of us who lived through the Britpop years, there was so much derivative crap released that no music fan in their right mind would ever want to hear again. This beautifully designed and curated album is the exact opposite, showcasing the vision and imagination of a band who may have only burned brightly for a short time, but did so on their own terms.