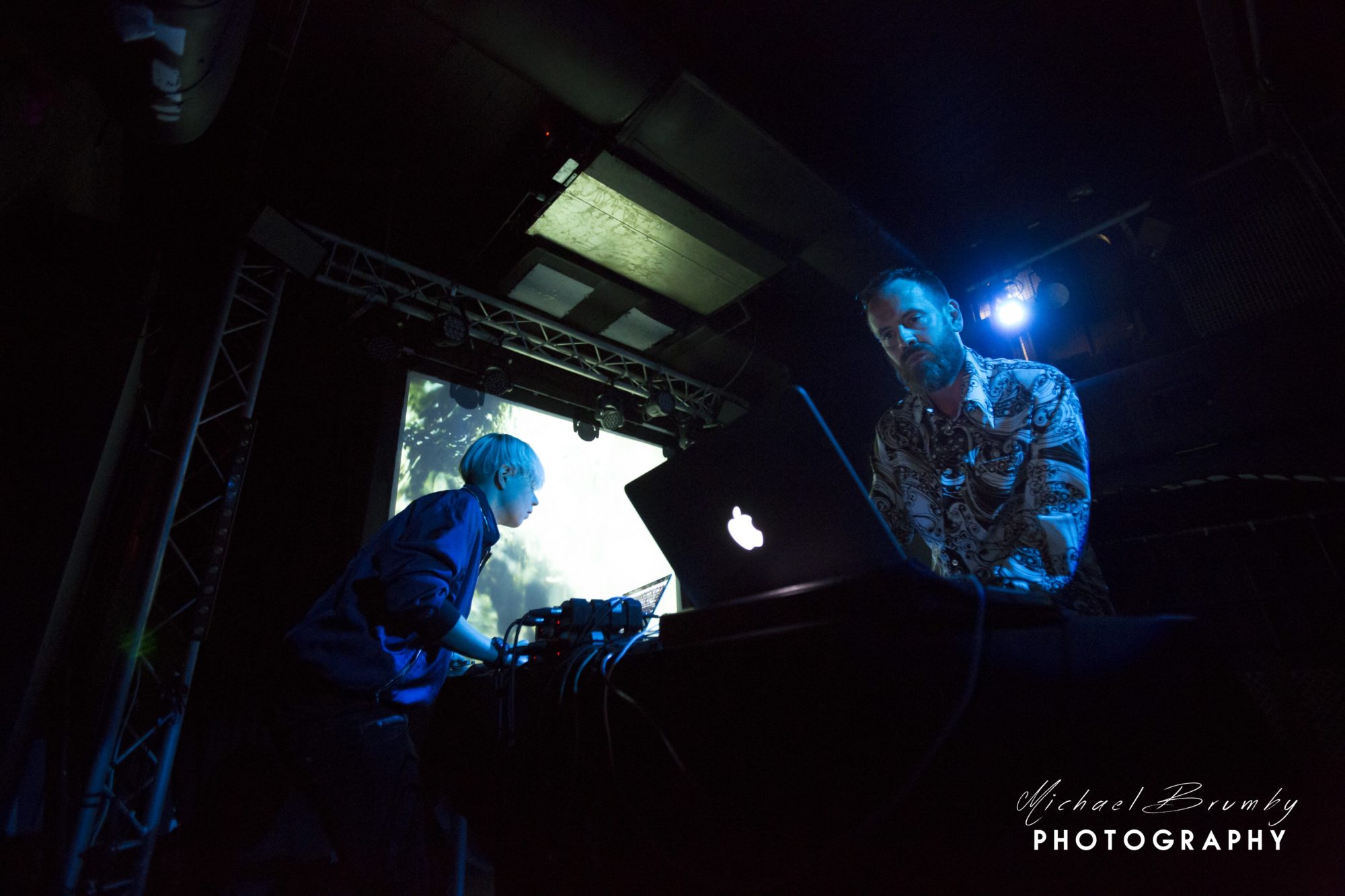 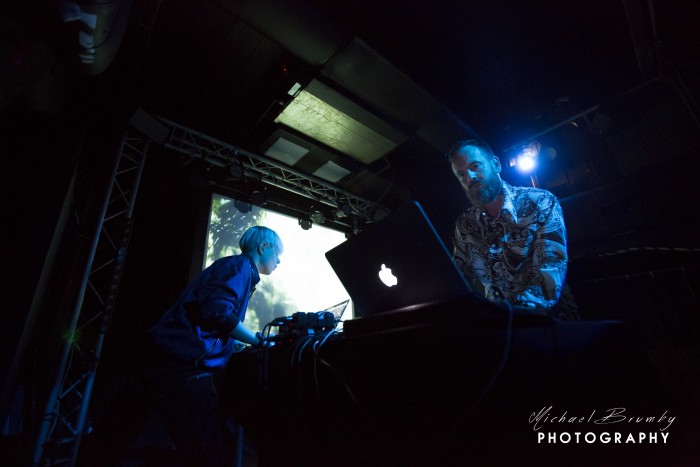 Over the last fifteen years German musician, producer and remixer Ulrich Schnauss has been developing quiet a career for himself. Sometimes under pseudonyms such as View To The Future & Ethereal 77 and since his debut album, ‘Far Away Trains Passing By’ in 2001 under his own name, he has produced eight albums and remixed numerous tracks for artists such as Sia & Depeche Mode. In 2014, Ulrich also joined prog legends, Tangerine Dream as a full time member. 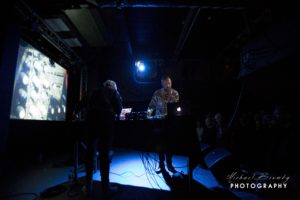 Tonight at the Thekla, Ulrich is having a few audio issues as he attempts to start his hour and half set. Set up on a table at the side of the stage with Russian-born visual artist, Nat Urazmetova who is providing visuals for this Spring UK tour so that the view of her evocative cinematic vision is unhindered. It’s a slightly awkward set-up but makes perfect sense since the visuals work so incredibly with the music. But the gremlins are causing Ulrich grief and it takes two tracks to find the problem but from that moment the journey his music takes one on is a sublime one. His music, instrumental in nature shows off the high end nature of Ulrich’s production abilities (You don’t get asked to join Tangerine Dream for nothing!). His lush soundscapes move from ethereal to industrial throughout the set, sometimes sitting side by side. Beats flow in and around the sounds but never locking into the typical grooves, always inventive in the way that fellow Electronic pioneers Plaid are. 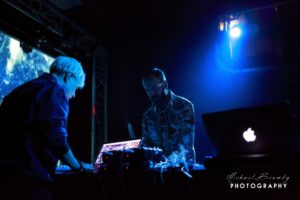 The incredible visual style of Nat Urazmetova matches perfectly with the music throughout, melding natural and industrial imagery. The micro and macro photography collide to form stunning visual interpretations that transported all those present inside the music. It’s an immersion of the senses that envelopes those present in it’s warmth, taking a journey through the complex landscapes that Ulrich’s work creates. 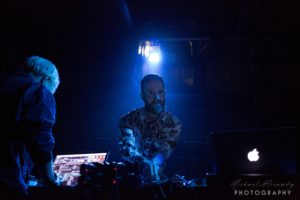 What is apparent from the audience’s response is that there is a definite emotional quality to his music that touches the soul of the listener in a profound way. His attention to the details and overall impact shows a man with a desire to connect deeply with others in new and interesting ways. The pairing of these two artists is a marriage made in heaven, and from the look on the audiences’ faces tonight, that’s where we were. 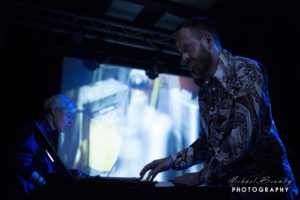 All photos by Michael Brumby.