Home Music Bands Louder Than War Are Hosting The UK Exclusive Stream Of The New... 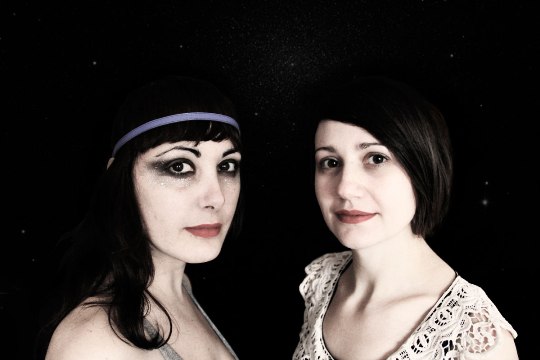 Louder Than War is thrilled to be hosting the UK exclusive stream of the new album from Sardinian duo of Lisa Masia and Marina Cristafalo (aka Lilies On Mars), which, as our review explains, provides a very pleasant surprise for lovers of 80s electronica with a twist! The album’s out on Friday but we’ve been given a 48 hour window for our readers to have a sneaky listen – check it out in full below.

The duos mix of classic sounding instrumentation with a modern twist is one they’ve made their own. According to the PR blurb, the girls ‘describe their sound as…

“Matter – it’s waves and radiation create sounds that enthrall. Inspired by this we play music looking up.”

Their use of analogue synths combined with electric guitar makes for a warm and sweet, timeless and otherworldly journey. The music’s krauty, dreamy and psychedelic, with echoes of bands like Broadcast and Stereolab, with influences which include Delia Derbyshire, Daphne Oram and Franco Battiato.

Simon Raymonde, Lauren Laverne, Steve Lamacq and Tom Furse of The Horrors are just some of their fans.

At Louder Than War, we just think that it’s a great album – so check it out below for the next 48 hours!