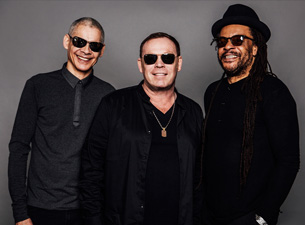 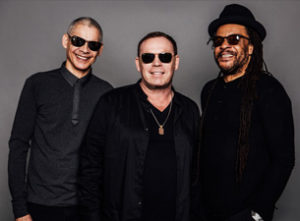 Louder Than War is excited to announce the true return of UB40 to the live stage as Astro, Mickey and Ali Campbell get ready to play their upcoming UK dates this April.

Kicking off on 25 at Glasgow’s 02 Academy and hitting Manchester’s Apollo on 27 April.

The UK’s finest and most influential British born reggae group return in the form of key members – dread-star Astro (percussionist, trumpeter, vocalist) the keyboards of Mickey Virtue and of course the unmistakable voice of Ali Campbell.

Playing tracks from their massive selling Labour of Love 1 & 2 album releases tracks on the night include hits such as – Cherry O Baby, Here I Am, Red Wine, Kingston Town and Many Rivers to Cross plus many many more – its the tour all fans of the band have been waiting for, and now its here so check out the tour dates and book your tickets at the link below.