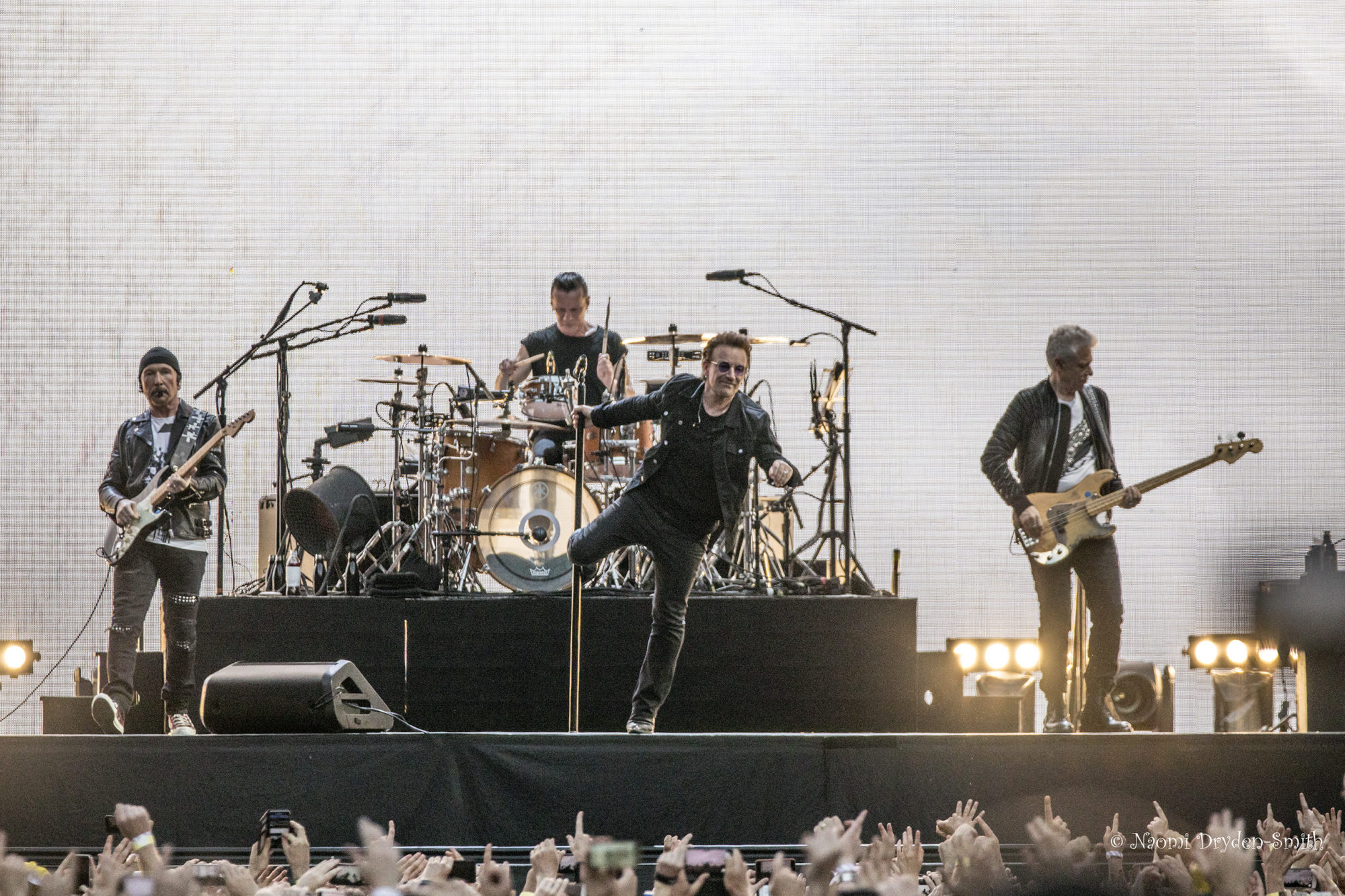 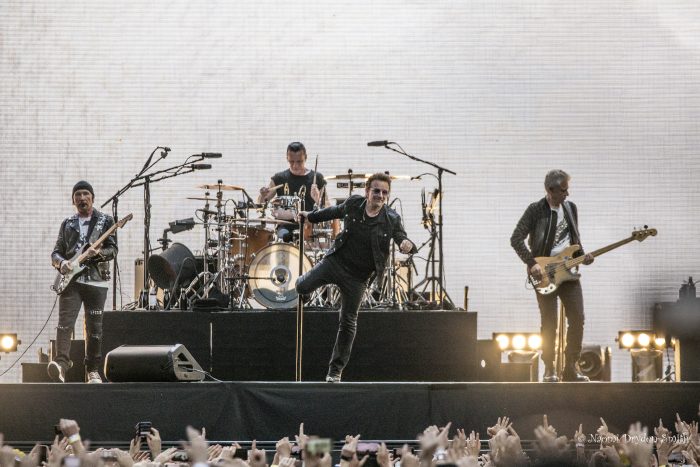 The evening kicks off with support by Noel Gallagher and his High Flying Birds, dwarfed by the stage, with a short set of HFB and Oasis songs. Seeing either of the Gallaghers in action, it’s hard not to miss Oasis and think of their stadium days. It’s great nostalgia though, and sets the tone for the rest of the night. 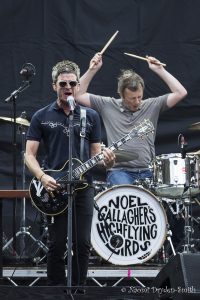 One of the interesting things about U2 is the way they polarise opinion – on the one hand is the undeniable fact that they are still one of the biggest bands around, with a loyal and passionate following and some undoubtedly great songs – on the other is the outright negativity they get at times, certainly in Ireland and the UK. Political allegiances and flashness, possibly? Don’t know. It can’t all be down to Bono’s glasses. Love them or hate them though, this is a band that can fill a stadium with ease (twice over) and sound every bit as good as they did thirty years ago.

The show kicks off with the band on the B-stage, in amongst the crowd and surrounded by arms and mobile phones, for Sunday Bloody Sunday, New Years Day, Bad (with a nod to David Bowie and Heroes) and Pride. The whole show is dominated by a massive LED screen with Joshua Tree imagery and other graphics against which the band take various poses – it all looks very impressive and polished, if at times contrived. Then comes The Edge’s inevitable glimmering guitar intro to Where the Streets Have No Name and we are into the centrepiece of the evening, The Joshua Tree in its entirety. Whether or not this is their best album is another subject for intense, lengthy debate amongst fans, and it’s hard to get a clear answer. Certainly, WTSHNN, Without Or Without You and I Still Haven’t Found What I’m Looking For are the standout songs on the album, and hugely important in the U2 repertoire. Perhaps contentious is the fact that the rest of the album, aside from In God’s Country, is not really that strong – as evidenced by the number of people in the bar at this time. Things pick up again with Beautiful Day and the high energy Elevation, filling the stadium with massive noise and cool 90s-style graphics. 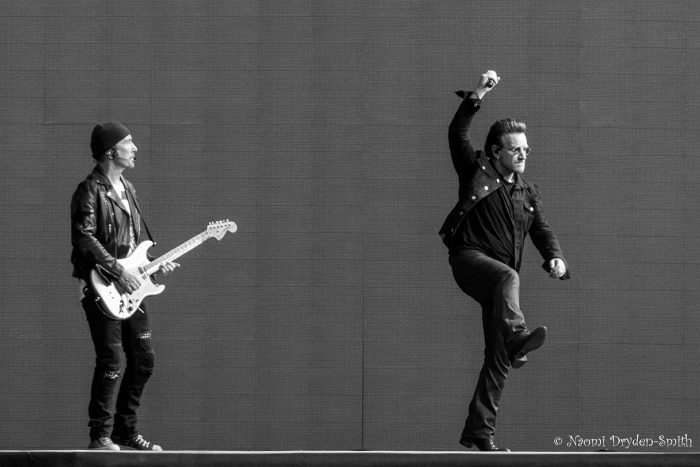 It’s not all frivolity and Miss Sarajevo is accompanied by thought-provoking, sobering footage of shanty towns and poverty. This message is certainly worthy, but at the same time difficult to reconcile with the knowledge that this production is benefiting from the sale of 110,000 tickets at £75 or more, times two nights. Ultraviolet brings another valiant statement, being accompanied by photographs celebrating politically significant women like Anne Frank, Irena Sandler, Aphra Behn, Malala Yousafzai – and from more modern times Jo Cox, Mariella Frostrup, Emily Watson and Sandy Toksvig – presumably for her political activism rather than services to Bake-Off. (Bono also shouts out to Stella and Mary McCartney who are in the audience and makes the, frankly, bizarre statement that they have “changed the world” – perhaps he means their father?) The song ends with a huge banner “Woman Of The World Unite”. Again, a great message here – which might balance out Mysterious Ways, during which Bono projects onto the huge LED real-time and fairly uncomfortable footage of a young girl from the audience provocatively gyrating and fluttering at his camera – or else it completely clashes with it and the positive “women” message gets rather lost.

All in all it’s an impressive night though. The band look and sound good, Larry Mullen Jr exuding sheer coolness over all proceedings, The Edge and Adam Clayton delivering the goods, and Bono in fine voice. The finale is goosebump-inducing One, the happy crowd spills out of the stadium, and Bono’s earlier comment appears to be spot on – “Thank you for taking the trouble to come – we don’t take it for granted. We might have one of those epic nights none of us will forget…”