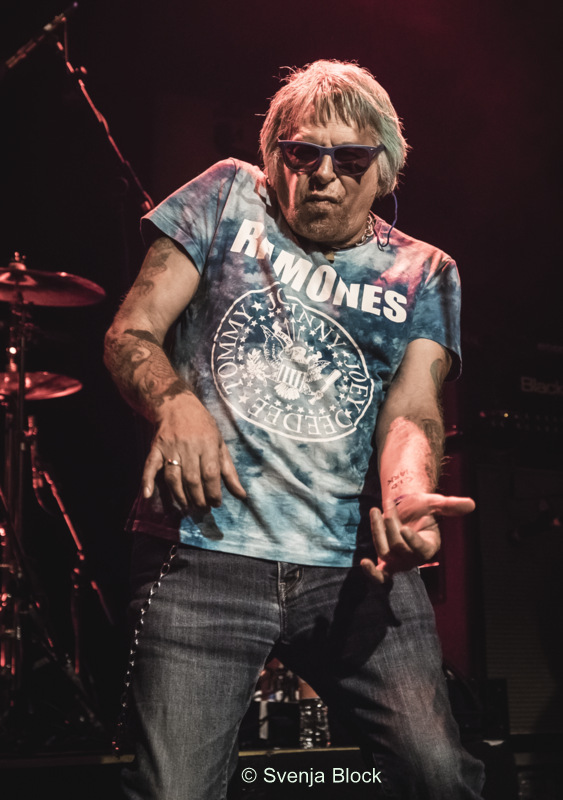 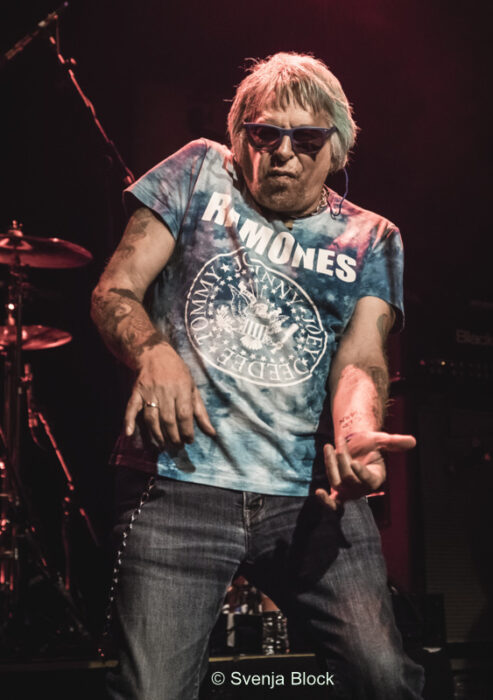 Louder Than War photographer Svenja Block takes photos of the U.K Subs and support band The Ramonas at 02 Academy in London.

A most excellent night out on a Friday night in London. The venue was filled with punk rockers despite the festive season being in full swing. The only support band of the evening The Ramonas rocked hard – if there is such a title as best tribute act – then this band deserves the aforementioned accolade like no other! Frontwoman Cloey Ramona’s (no, everyone’s) performance was one hundred per cent physical and simply stunning.

Original 1977 Punk legends UK Subs need little introduction; their 40th anniversary is just around the corner and album number 26, “Ziezo”, which is said to be their last one ever, is currently funded via a successful Pledge Music online campaign.

Charlie Harper commands the stage and has everything under control, while sporting a mischievous smile on his face in between songs. This is an intriguing line-up with Jet shredding his guitar, Alvin Gibbs on bass, and Jamie Oliver on drums.