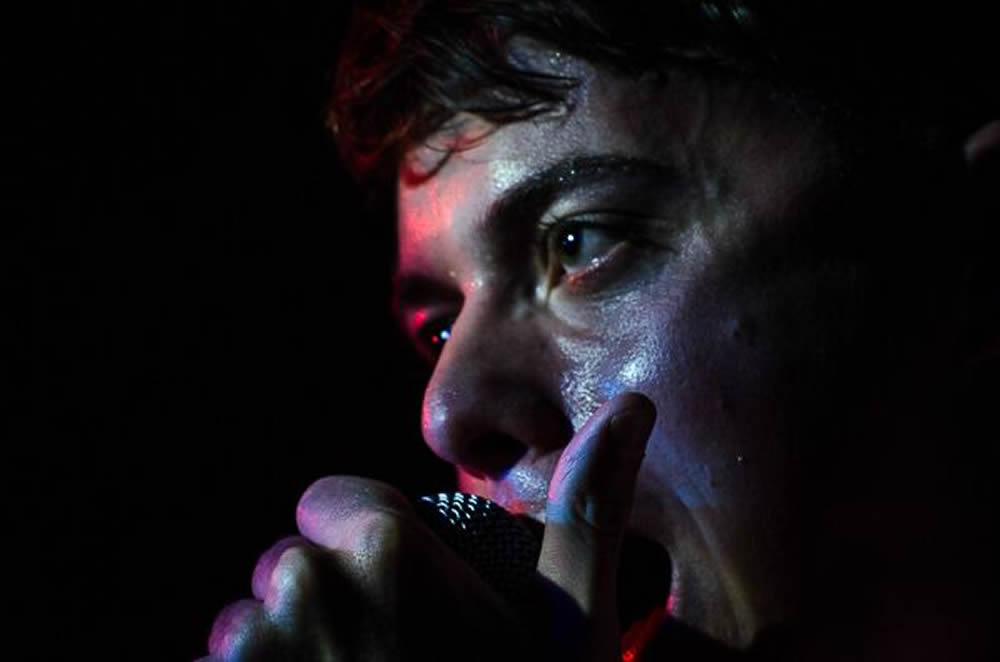 The début gig from this Manchester Indie Rock three piece. Nigel Carr was in attendance to capture the event for Louder Than war with Trust a Fox taking the photographs.

There is something very special happening in Manchester right now; an explosion of vibrant new bands playing exciting new music. The visceral, ‘punkadelic’ sound of The Blinders, the poetic, comedic punk of Cabbage, the future funk of No Hot Ashes and now the commercially tinged almost ‘stadium’ indie of new ‘post, post punk’ trio TYPES. 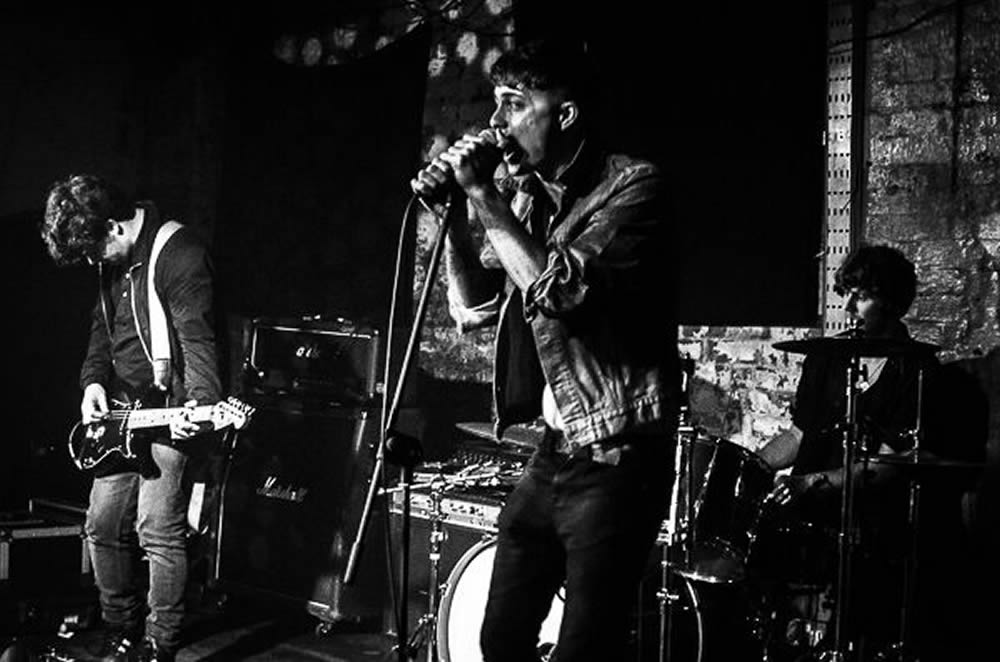 The Soup Kitchen sits on the corner of Spear Street in the city’s Northern Quarter. It’s a warm night and the place is hot and sweaty; they are serving food on school type benches that run down the length of the café. There is dingy cellar room downstairs, peeling whitewashed walls and industrial lamps hanging off the ceiling. It holds about 150 people and is sold out tonight. It feels austere… until the band start playing.

TYPES have spent many hours in the studio rehearsing intensively and laying down tracks over the past few months. I caught up Adam Walsh their lead singer: “Dean, (stage name: The Karate Suit), works in a studio, so we can have as much time as we need during down time. We’ve spent months writing songs and dropping them, we’ve gone through 40 to get to this set tonight. Some of what he does is a bit experimental but he comes up with the instrumental and melody and I put the lyrics to it, then we’ll tweak it. A song gets added to our set if it’s fucking good!” 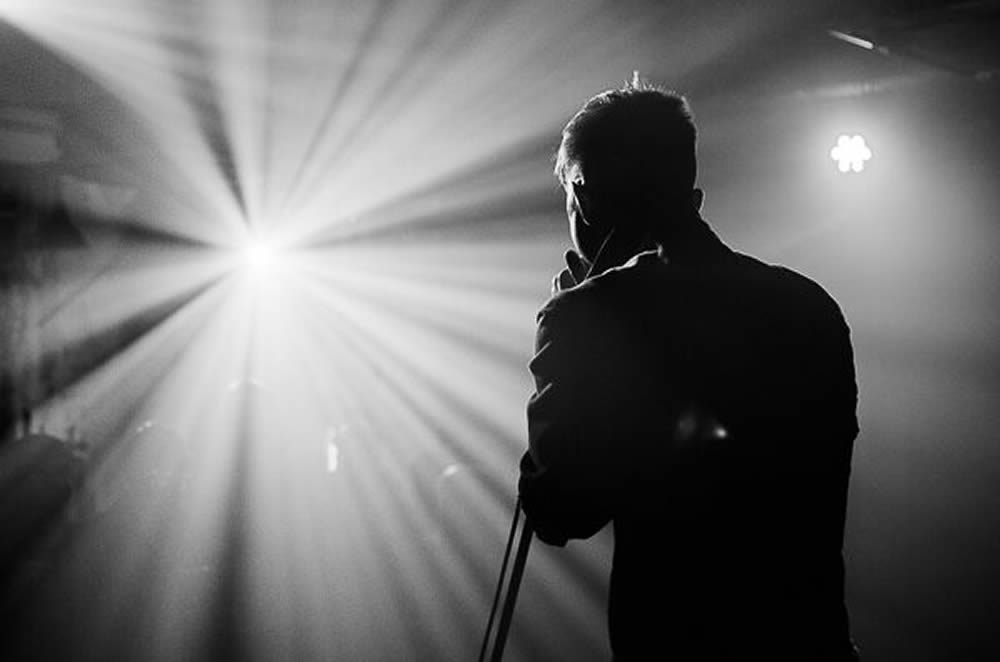 For a first gig, opening for White Boy this is no bunch of rookies trying their arm fresh out of college. Previously of Velocets and Hans Island they are super tight professional musicians. Ben, (stage name: BJ Robbo), is a master on the drums, hammering his kit into submission. He’s not just politely tickling away in the corner, this man knows how to play, flailing his arms around like a 21 century Ginger Baker and is integral to the band’s sound. Dean, is an amazing guitarist providing soaring riffs and rhythm over the rumbling bass driven backing track.

Their sound on songs like Combination One and Shoulders is pounding, full blown indie rock and is incredibly commercial, you could really imagine it filling a stadium, it’s that rounded, that good. House for example opens with a jangly guitar riff followed by simmering drum beats before just taking off with Adam’s vocal soaring over the top and it’s like I’m listening to Keane for the very first time – pure quality. 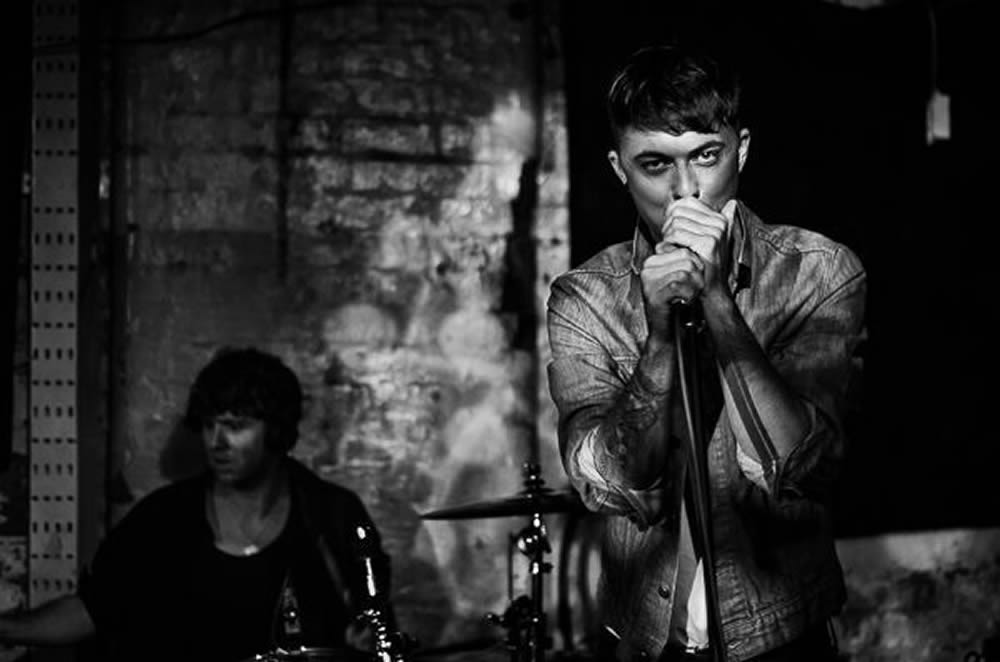 Adam makes no bones about his desire to make it big. “Cribs are my favourite band, Foals and The Libertines, we want to be big as fuck, the bigger the better, we wanna blow people’s faces off….. in a good way!

Walsh is very much the front man, grasping hold of the microphone, bending his legs to one side in an Iggy meets Bowie kind of way, his voice soaring over the rich, layered, pounding back beat. He looks and acts like a bona fide rock star which combined with the quality of this music carries the band skyward.

We witnessed something very special at The Soup Kitchen tonight. TYPES is a band to watch, you need to see them live now because they are going to be very big, very big indeed.