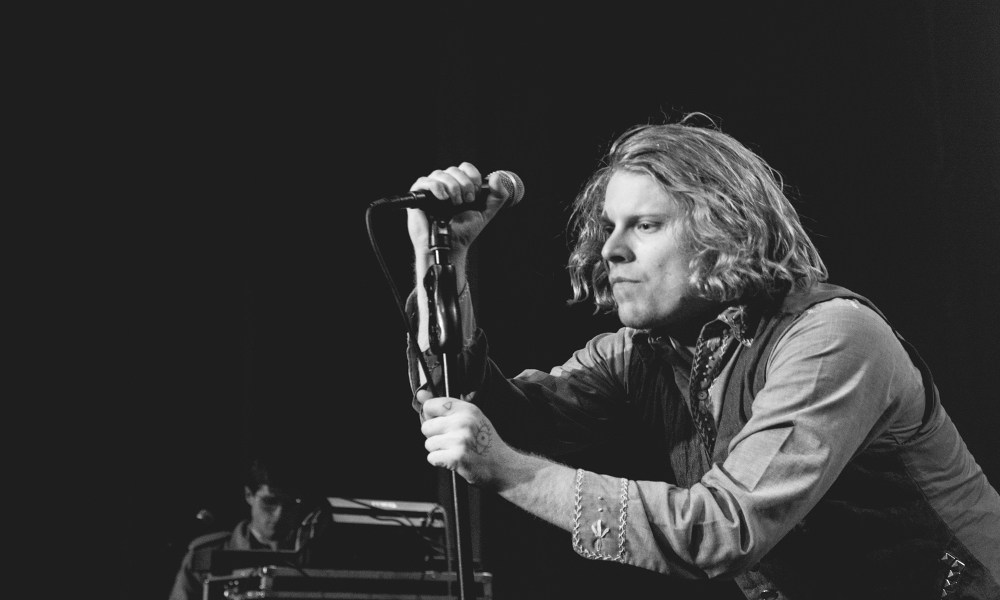 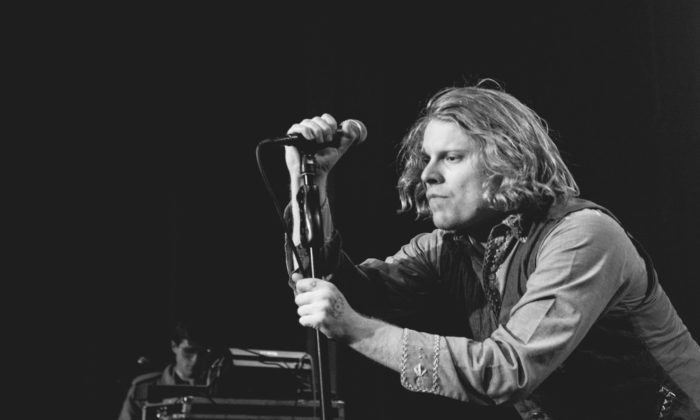 Along with his backing band The Muggers, the shamanic shredder brought his blistering rock and roll to a sold-out London audience. Everyone’s a winner, baby. Sam Lambeth reviews.

There’s a video by (shudder) Eagles of Death Metal, where the sheer brute force and general gnarliness of Jesse Hughes’ guitar licks cause everyone’s clothes to literally blow away. While that is nigh on impossible in real life, Ty Segall almost, almost achieves it – the Kentish Town Forum audience, all long hair, long spliffs and long drawls, are so enthralled to their emotional mugger that with every solo the California native exudes (and, of course, there are many), it almost seems like every fabric in the venue is going to fly off.

Located near stage right, the long-locked Segall – dressed in resplendent white – spends the night doing so many solos he makes J Mascis look like James Taylor. Similar to the Dino Jr frontman, Segall doesn’t spend much time talking to the crowd, allowing his expansive and thrilling fretwork do evoke his emotions. Opening track Wave Goodbye instantly gets the audience into an interminable moshpit, where beer is thrown, doobies are smoked and shoes are lost. There is room for a few surprises, too – taking Hot Chocolate’s strutting funk number Everyone’s A Winner and turning it into a glam-rock shakedown works perfectly.

Segall’s output has been as regular as clockwork – each year brings a new record, and 2018’s Freedom’s Goblin is one of his strongest to date. In particular, the unfortunately titled Fanny Dog is as fun as it is thrilling. His backing band, The Muggers, bring a melodic muscle to Segall’s lo-fi rumblings, but as this gig evidences, he doesn’t have to worry about retreating to the background just yet.

Sam Lambeth is a Birmingham-based writer, journalist and musician. He is on Twitter, and you can read more of his work on his archive.