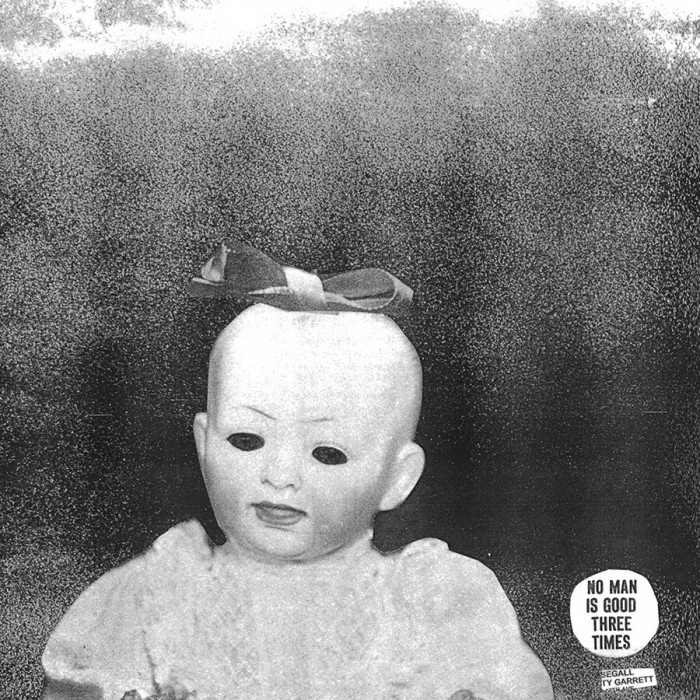 How do you even begin to rate a Ty Segall album? The prolific LA-based king of lo-fi garage-psych is so far ahead of the pack that he almost needs his own rating system.

We’re all still mourning David Bowie, but let’s not spend all our time looking backwards. Yes. we’re losing music legends on an almost daily basis at the moment, but don’t believe anyone who tries to tell you that great rock & roll is dying out with the Baby Boomer generation.

Like jazz, rock & roll may not be hitting the top of the charts anymore, but there’s a lot of great new music being made- it’s just gone underground again. Market forces dictate that mainstream music press- in the print format at least- are rigidly sticking to an unleavened diet of ossified legends- Dylan, Beatles, The Clash, Nirvana, The Smiths etc- yet there are new stars in the ascendant who ought to be kicking the craggy Mount Rushmore coupons off the front covers.

None more so than Ty Segall. You’d probably need a spreadsheet to keep track of all the albums the youthful songwriter has released in his various guises over the last 8 years, but 2014’s ‘Manipulator’ was a salient landmark in the psych wizard’s career, a fully-accomplished classic album that appeared to leave behind his lo-fi beginnings and looked set to launch Segall into the mainstream like a rocket from the tombs.

To anyone familiar with Segall’s modus operandi, it’s perhaps not surprising that he has performed an apparent volte-face and returned to a messy lo-fi approach for his latest release, ‘Emotional Muggger’. It’s a move that has echoes of Lou Reed’s fabled career-derailing left turn from ‘Transformer’ to ‘Berlin’, but more than anything, Segall’s restless creative energy is starting to resemble that of the original magpie shape-shifter, David Bowie.

‘Emotional Mugger’ revels in the ickiness of the digital era, and indeed, that is the subject which this sort-of-concept-album addresses, in a deliberately loose and sloppy manner. With its creepy, sleazoid vocal motifs and dirty funk undercurrent, the album has some commonalities with Bowie’s gloriously dystopian ‘Diamond Dogs’.

Segall has issued a goofy ‘Tomorrow’s World’-style video which gives some idea of the album’s subject matter- the peculiar and at times creepy nature of the new digital world’s impact on human relationships, and its tendency to exploit our evolutionary disposition towards novelty and instant gratification.

Thankfully, Segall approaches the album in his usual spirit of spontaneity, refusing to be bogged down by overthinking and tinkering, instead aiming to make a weird and exciting rock & roll record. And that’s what Segall’s work is all about, essentially- keeping things fresh, drawing inspiration from rock’s golden period of creativity- roughly ’66-’72- but very much in the here and now, maklng music for the current generation.

Those who label Segall as a retro-rock artist are hopelessly wide of the mark. Like The Cramps, Suicide, The Jesus and Mary Chain and Jon Spencer before him, Segall combines a passionate love of the original music combined with a wild joi de vivre and refusal to merely re-tread former glories.

On ‘Emotional Mugger’ in particular, Segall is his generation’s Frank Zappa, Captain Beefheart and Devo, all rolled into one. But more than that, he’s a star who ought to be storming the charts and taking his psych-punk revolution to the mainstream. Segall is a great artist at the peak of his powers, a ball of chaotic energy combined with great songwriting-  the punk rock dream come true.

‘Emotional Mugger’ is satirical in the sense that it pokes fun at the curious distortions of human relationships wrought by the digital world, at times reminiscent of Frank Zappa’s TV satire, ‘I am the Slime’ (there’s even a character called ‘Mandy Cream’, evoking Zappa’s ‘Suzy Creamcheese’), but unlike Zappa, Segall isn’t pointing the finger at others- he knows we’re all caught up in this disorienting, seismic change in human civilisation, to some extent or another.

There are no pat conclusions here, but there are some truly fantastic, wired guitar solos (still channelling Greg Ginn’s chaotic spirit), and delicious conflations of demented prog guitar figures with fuzzed out garage-punk, groovy glam riffs and Beatles-esque melodies.

‘Emotional Mugger’ is a great, rocking, weird and wired album, but it’s also very, very funny.  Highpoints include ‘Californian Hills’, ‘Candy Sam’ (‘candy’ is a recurring metaphor throughout the album) and ‘Breakfast Eggs’, but really you need to listen to this album from start to finish for the full disorienting effect.

So- turn off your smart phone/tablet etc, stick on ‘Emotional Mugger’ in your preferred format, and enjoy the trip.  How very retro. How very modern.

Buy ‘Emotional Mugger’ here. Ty Segall is on Facebook and the web.