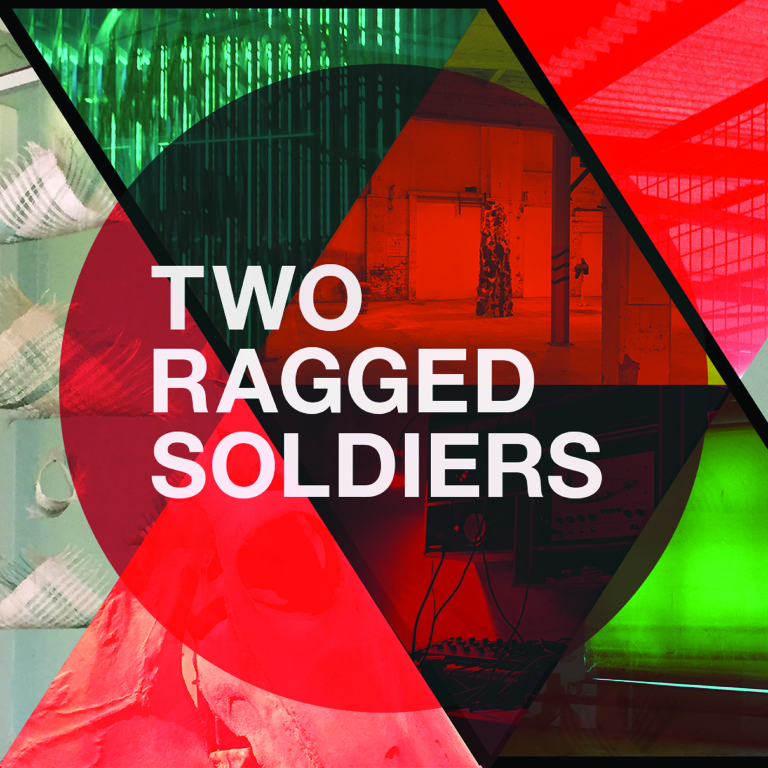 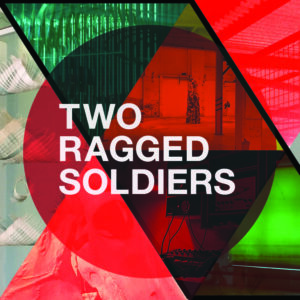 “…on this evidence, Two Ragged Soldiers are about to become many peoples’ favourite band” is what LTW wrote about the duo’s 7″ single Asulya / Water last year (see our review here) and after hearing this, the bands debut full length feature, it is safe to say that that statement is truer now more than ever.

The Mass consists of nine songs that are kaleidoscopic in scope and sensation as a myriad of influences flow through the speakers melding into a new form of British folk where industrial technology meshes with the timbre of acoustics. An album of split personality yet balancing both to perfection, The Mass’ release comes at the most perfect of times as Spring may finally be starting to show her sunlit face and whilst there is a constant stream of upsetting images beaming into our psyche via computers and TV screens, The Mass has an ability to soothe the soul whilst never letting you forget that these are far from perfect times.

Opener Water is a string-folk lament and one which invokes memories of those that have flowed past us on life’s journey. A genteel opener that slows the pulse and settles us in before Cut enters the narrative, quickening the pace and adding slices of uplift percussion. Optimism is starting to smile and with the groundswell of instrumentation that bursts into view a third of the way through you can feel the heart try to leap from the chest and touch the sky. As a motorik pattern begins to emerge and science says hello we feel a true sense of propulsion and of a unity between Mother Earth and technology created by our own hands.

Asulya plays out like a gothic nursery rhyme, deliciously eerie and a track that feels like it has been exhumed from the 17th century whilst Oil actually harks back to a time when we Brits were creating some wonderful kitchen-sink dramas. Oil feels like a distant relative to Paul McCartney’s The Family Way full of sorrow and hymnal lament. When the tribal percussion lurches into center stage, all funeral procession and unease, we are suddenly dragged into the future with dystopian sci-fi textures that show us a very unsettling future.

Now we reach the halfway point and Keeper plays out like a well earned pace settler as it gently rolls before an actual rhythmic structure starts to appear and we are brought onto the dancefloor for a full band crescendo that reminds of the work Vini Reilly created with the Duritti Column. You could actually imagine sections of Keeper being used in DJ sets by artists such as Four Tet or Jon Hopkins.

As mentioned previously, British folk music was an inspiration behind The Mass and that is none more apparent than on Save a track that rides and strummed guitar motif and one which also incorporates Eastern musical themes before we rush towards a truly psychedelic finale. When Save has concluded we are sent on a sudden left turn into the esoteric as Tone is a different beast entirely. More akin to the music made by bands such as Coil and Current 93, Tone is full of dread and slam-noise percussion which rises and falls like a synthetic tide. Tone is the most out-there moment on the entire album and is also its most jarring because it feels like the one track that doesn’t seem to share DNA with the others on here. That is not to say that this is a bad thing, in fact the opposite is true as not only is it a highlight on the album it also serves as a signpost for an interesting direction Two Ragged Soldiers could take on their future recordings.

Bringing us home is Somi and Hold and whilst the former is another step into British folk(lore) and a piece of music that would have sat lovely on the A Field In England soundtrack, the latter is where we first get to hear vocals. Hold sings us a tale of optimism, to “hold to the light”. Hold is a closer that asks more questions than it answers and whilst is a very uplifting way to end the album, it also gives us a desire and need to go back to the beginning and take the trip again (like all great album finales should).

The Mass is an album that swirls through the mind long after it has finished. It has a schizophrenic quality and a duality that is pitched and executed to perfection. There are moments when just as you start to feel familiar with it, it turns sharply adding a sense of fever-dream delirium to the mind. A wonderful album that needs to be heard by all, The Mass will see Two Ragged Soldiers break out into the minds of those open to its charms and will leave all who listen to her in no doubt that this band are set to be truly special.

Two Ragged Soldiers can be found via their website