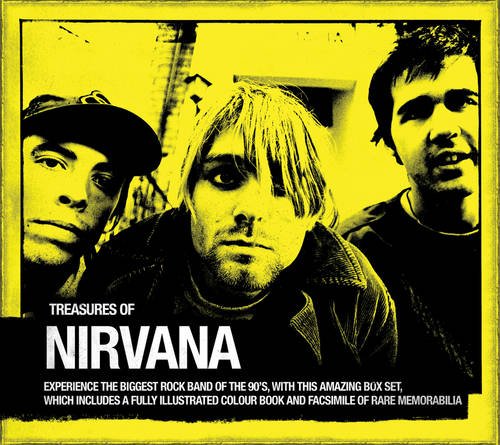 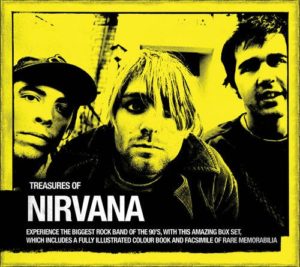 Adding to the masses of books and articles on Nirvana and Kurt Cobain, two new books have recently been published. Dave Beer looks to see if they tell us anything new about the band…

25 years is a long time in music. Largely undimmed by the passing of time, the interest in Nirvana continues. The myths mix into a cocktail half-truths, speculations and anecdotes. So much has been said and written about Nirvana it is hard to imagine that there is any ground left untrodden. It feels like everything has been said, most of it many more times than once.

With Nirvana the storytelling and myth-making started early. The band helped. Cryptic answers in interviews, made-up band biographies and a playful approach to the media, they left lots of gaps to be filled. And people sought to fill them. Masses of magazine and newsprint were followed by books and documentaries. An almost unimaginably vast amount of coverage followed the band and then expanded in its aftermath.

So what can possibly be added? 2019, which marks 25 years since Kurt Cobain’s untimely death, sees the publication of two new books. Against the odds, both manage to provide something novel, even though these new insights are packed in amongst the familiar.

Danny Goldberg’s Serving the Servants: Remembering Kurt Cobain brings a personal touch. Goldberg was Nirvana’s manager from just before Nevermind through to Cobain’s death in 1994. The result is a quite intimate portrait of the band, told from the angle of the person overseeing and guiding their choices. Goldberg, it would seem, was more than just a manager. The problem Goldberg has is one of memory. He admits this himself. So much time has passed that his own memories have, as he explains, mixed with the coverage. This comes across in the sources used, particularly in the early parts of the book where Goldberg retells the story through some of the more well-known books. In the first fifty pages he is a little too reliant on the second-hand. As the book progress it improves, especially as his own account starts to take over and mixes with interviews with other protagonists. This brings little nuggets and some extra perspective on the band’s decision making, commercial choices, production processes, song-writing and beyond. Goldberg’s involvement means that his book, although mostly quite familiar is punctuated with some moments of fine detail that go beyond the more established ideas.  In some cases, such as in the dominant accounts of the recording and production of the In Utero album, he even challenges what he sees as misleading myths. 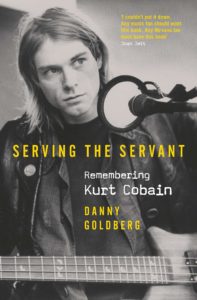 The second book, Treasures of Nirvana by Gillian G. Gaar attempts to do something quite different. Its claim to novelty is to be found in its materiality. Part biography and part archive, the book contains pull-out replica ephemera and memorabilia. These facsimiles of tickets, posters, backstage passes, set-lists, festival line-ups and artworks give the book a physical dimension. Neatly produced and well-curated, on the surface this might seem to add little but in fact these little artefacts inject some life into the story. Gaar’s book, which retells the biography of the band, their recordings and members, inevitably rehearses much of what has gone before, but it is still well-written and attentive to some interesting detail. The more attention grabbing moments come in the discussion of the recording process, and when Gaar explores the development of particular songs and records. These are sharp and digestible interventions that are readable even to those who already know the stories. The biography of the band members is a little less compelling, but wisely doesn’t overly dwell on tangential details. The focus, fortunately, is mostly drawn toward the music.

These two new books manage to offer something fresh, whilst leaving open the question of whether we really need all these stories. The music hasn’t changed, they may have been remastered and box sets may give little glimpses of process and alternative arrangements, but what do all these words add to the records? Maybe not too much, but stories have always been an important supplement to music – in the case of Nirvana this has produced a long-standing industry on a substantial scale. There can’t be much more to tell, but the myths and the backstage tales are still likely to draw people in. Maybe the stories told in books like these enchant the music a little, music that is frozen in time, or maybe they just add a bit of intrigue where the complete picture is always out of sight.

Reviewed by Dave Beer, who is on Twitter @davidgbeer

Snakerattlers, the Phobias, the Gary 7- the Old Barn, Portsmouth –...

January 18, 2019
We use cookies to ensure that we give you the best experience on our website. If you continue to use this site we will assume that you are happy with it.Ok