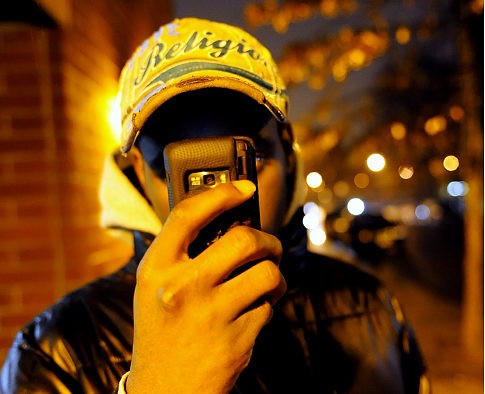 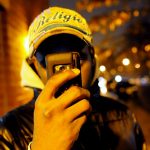 Los Angeles gangs used to do battle over graffiti, tags, and turf. Now, gangsters are taking their battles online, and people are dying over something as simple as something posted to Twitter.

Probably the most violent and dangerous music scene ever known may not be made up of the most obvious of on-line social net-workers but it hasn’t stopped LA gang members/rap artists taking Twitter to a whole new, and very dark level.

Its common knowledge gang culture is an accepted part of the US rap scene and any quick look at the mass of Diss videos and Rap Beefs on YouTube will show you shootings, chain snatchings and fights are all part and parcel of Hip-Hop on the net today but this latest Rap-feud has actually brought gang-banging to Twitter and resulted in a death.

It all started when up and coming Inglewood rapper Boskoe dissed fellow LA gang member and Blood Jomo Adoula Nambia, better known as RoseMo700, on Twitter. This was met by RoseMo700 hitting the streets looking for Boskoe accompanied by a couple of gang remembers and a camera, so to get his attack on YouTube. Boskoe was duly jumped and given a slight whooping in which he’s seen walking off, though bruised he lived to see another day which RoseMo700 on the hand only just did as he was found dead no more than 72 hours later while driving his blood-red BMW, shooting through a red light he was hit twice and ended up broadsiding a police officer in an un-marked police car leaving the officer in a critical condition, both were rushed to hospital were RoseMo700 died soon afterwards.

The Twist is that the now dead Blood only months before his death actually had a similar altercation with one of LA’s biggest rap artists, and again it was on-line where beef was initiated as this time RM700 said The Game had “been getting out of line on Twitter and shit.”Â RoseMo700 ran into The Game, who’s also a Blood, at a Culver City Mall in which a war of words started between RoseMo700’s artist and gang homie Ice Burgundy and the multi-selling artist, while small time rapper Ice stepped up to The Game RoseMo700 “allegedly” hit him 3 times and knocked him out, what damage was really sustained isn’t really known but The Game was definitely attacked while out shopping and whats more while with his young son, who was supposed to of seen his daddy hit the deck clean out.

So while Boskoe’s Twitter beef looks the likely candidate there are whisperings that RoseMo700’s killing could of be in retaliation to his assault on The Game as its understood in the Hip Hop community in LA that The Game and his crew couldn’t and wouldn’t of been seen to be taking such a dishonor and letting it go- Lead homicide Detective Gabriel de La Torre stated that the LAPD are “looking into the all recent Twitter activity related with this killing”.