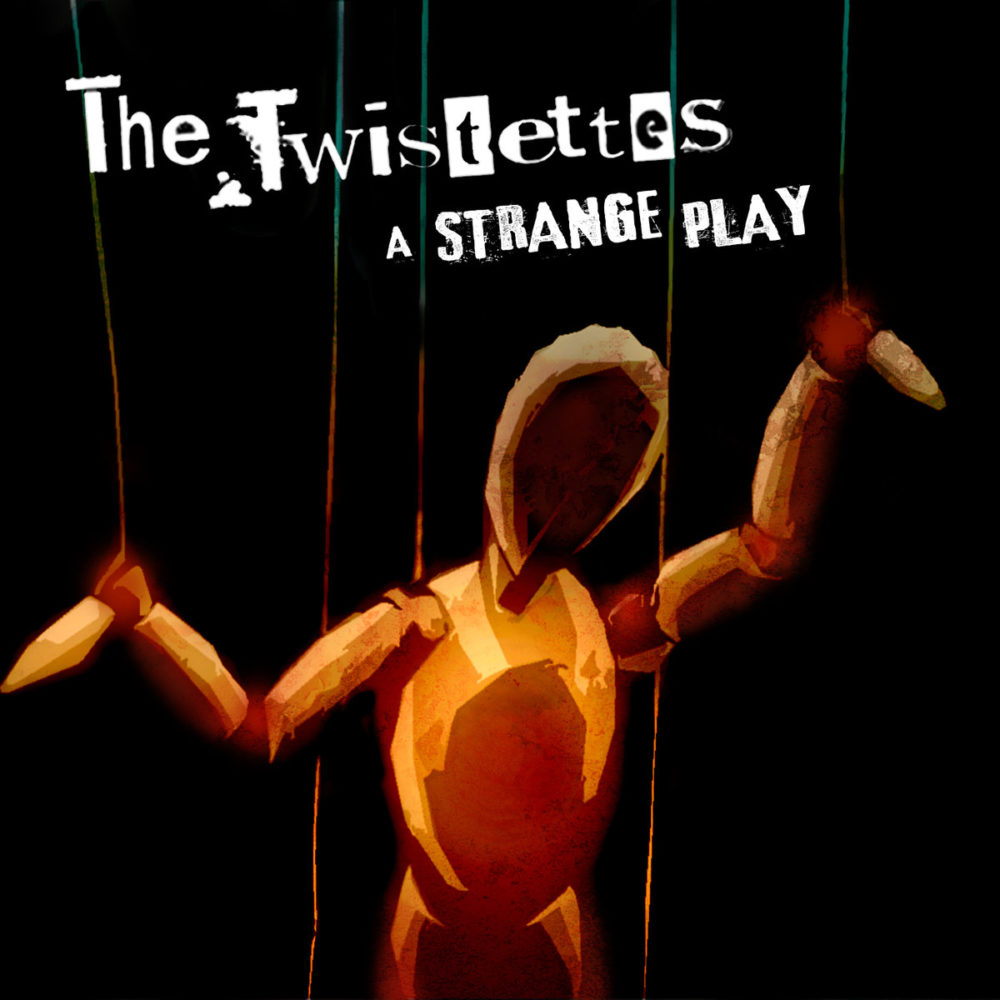 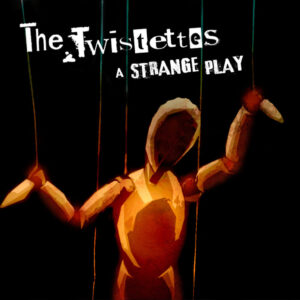 ‘A Strange Play’ is the eagerly awaited follow up to The Twistettes 2016 debut ‘Jilt The Jive’ (LTW Review) – the music maintains the beautifully simple core ingredients; a mangled bass that cough’s like an early morning crack house; solid, yet sparse rivet-gun drums, and Jo D’arc’s voice that crystallises over the entire riot grrrl rage… however, the songs have more structure and benefit for it.

Opener ‘Captain’s Kiss’ is a welcome assault to the senses, not dissimilar to being struck with a length of 4×2; the cavernous bass threatens to shred subs, whilst Nicky hammers her kit like a reimagined John Bonham, but in amongst all this mayhem are some strident lyrics and brief harmonies… it’s not to dissimilar Bikini Kill taking on Taylor Swift’s latest… ‘Concrete’ eases back on the noise, albeit for snatched moments, I particularly like the extend vocal only refrains which shows confidence in the song-writing, its wantonly abrasive, and purposefully imperfect.

‘On The Table’ is a curveball, defiant of even The Twistettes own perceived sound; the first two minutes limited entirely to Nicky’s primitive metronomic beats and Jo’s plaintive lyric addressing the misery of lap dancing bars ahead of a stuttering bass that morphs into twisted monolithic slabs prior to dropping back to a simple single drum beat and Jo’s voice.

It’s the welcome clash between Jo’s heavily accented seething voice and the descending hoard, throttled low-end that befits a song entitled ‘Raise A Fist’ its three minutes of call to action empowerment that collapses under its own intensity, the final seconds being a not to clean microphone leak, and therein is the beauty of ‘A Strange Play’, its devoid of post-production tweaks, and over dubs, it’s an explosive collision of simple elements… and you can mosh to it!

‘Weird Me’ was the lead single released at the start of summer, a visceral summation of The Twistettes music and ethos neatly wrapped up in 180 seconds of fury, similarly ‘Hate, Hate’ which backed the EP, an almost call and response vocal over a taut military beat and bass which at times heads towards Sunn O))) in its depth, but clearly not pace… ‘Selling Skin’ is a stand-out track, questioning the validity of the pornography industry, over a bass so low it must be hovering around that 20 Hz, go any lower and Shamu’s relatives will be your only listener point.

‘A Strange Play’ is a wonderful insurrectionary record, despite the self-imposed limitations surrounding a simple bass and drum set up The Twistettes are not afraid to challenge themselves, to push their own musical limits out towards their imaginations, and for that they are to be applauded.