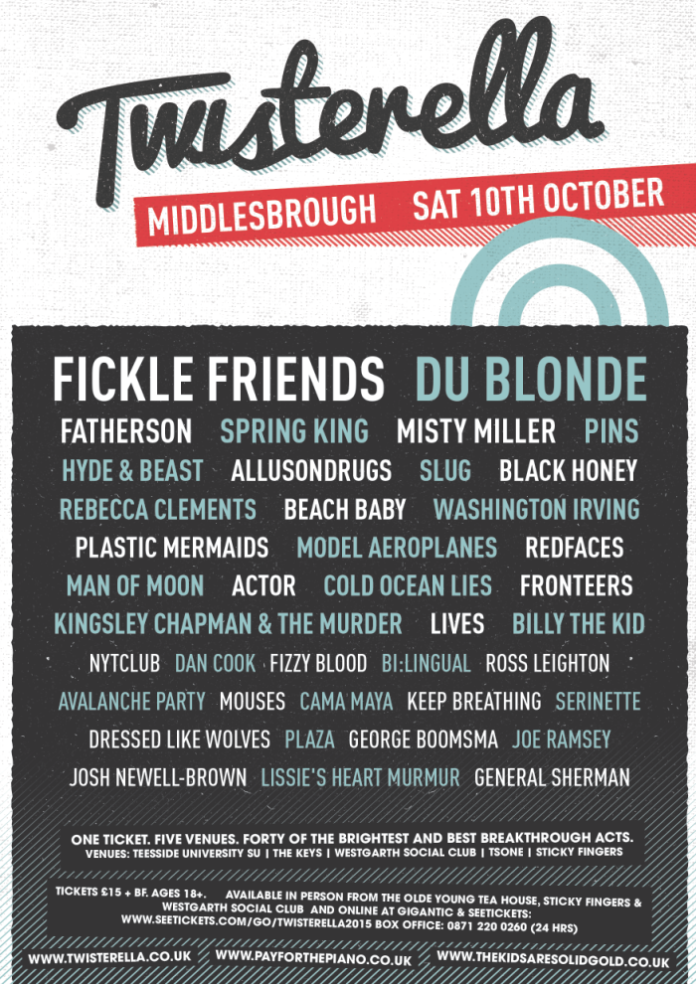 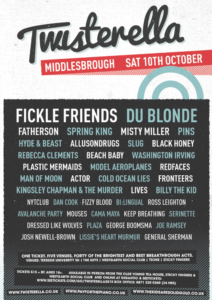 There are very few festivals that can boast a line-up as diverse and as intriguing as Twisterella, now in its second year we can only see it going from strength to strength.

Having proved an undoubted success in their first year Twisterella festival is back for a second successive year on the 10th of October, taking over a clutch of venues across the town centre. With one of the most forward thinking line-ups around it’s hard to look past it, featuring rising stars from the North East as well casting their net across the national scene.

To say that we’re excited at the prospect of catching a number of these bands on the same day is something of an understatement, with the venues all within spitting distance of one another. The long treks of Live At Leeds are a distant memory; they’re all intriguing venues too, particularly The Keys with its brilliant light up dance floor.

Light up dance floors to one side (whilst they’re still pretty cool), the line-up for this one-day extravaganza is incredible. The local contingent alone is enough to make most music fans swoon, with local lads Mouses, Avalanche Party and the wonderful Kingsley Chapman & The Murder all likely to prove definite highlights for us. 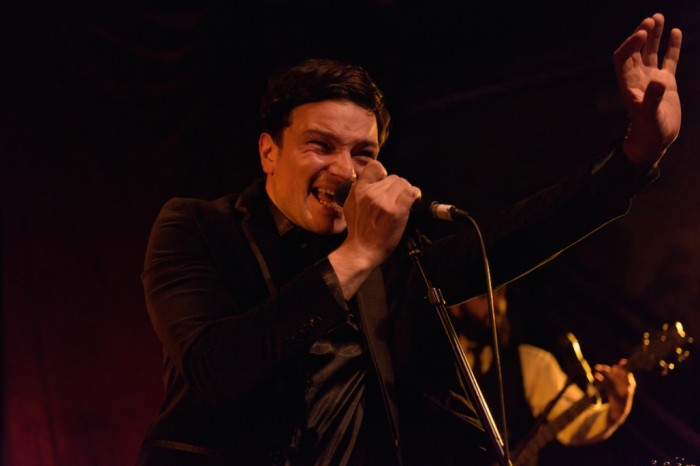 On top of this a strong pairing from Sunderland in the form of SLUG and the rocking Hyde & Beast, could the North East bands steal the show? On the basis of these five they certainly have a strong case to do so, yet there is a whole swathe of bands who may disagree, as bands are coming from far and wide to showcase their wears in Middlesborough.

Current indie darlings Actor head up our picks of the wider festival, Louisa’s delicate voice beautifully augmented by enthralling atmospheric backing tracks. This will inevitably turn into one of those catch them before they hit the big time moments.

It’s hard to ignore the plethora of top class Scottish Indie rock on offer at Twisterella as well, including Fatherson (who provided one of the highlights of last years festival). The astounding Washington Irving, who never fail to get any crowd jumping, yet again its one of the smaller bands that has us swooning. Man of Moon supported The Twilight Sad earlier this year and blew away a packed crowd, with their own brand of Scottish psychedelia.

Beach Baby’s dream pop is also likely to draw a big crowd as these Londoners have already thrilled crowds up and down the country, with their laid back sounds. We’re intrigued to see how these guys shape up live, on record they appear to be an exciting prospect.

As do Spring King who have been consistently on tour throughout this year with the likes of Courtney Barnett and now Slaves. We’re expecting big things from these infectious rockers whose songs will undoubtedly be stuck in our heads for days after seeing them. 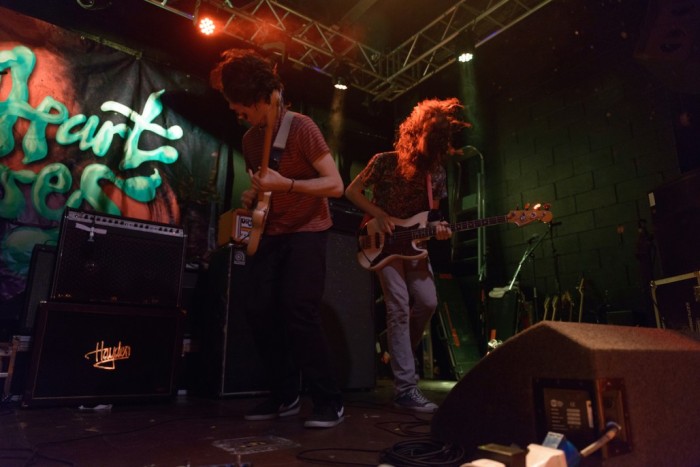 Another band who always seem to be on tour, but always put on an incredible show are Allusondrugs. The Leeds rockers promise to put on an astounding show, and have never failed to deliver when we’ve been lucky enough to catch them. We’re certain that they will be one of the highlights of this years festival!

Our final pick comes in the form of one of our favourite bands, hailing from Manchester and having just released their second album to critical acclaim. The wonderful PINS, who are undoubtedly one of the best live bands in the country what more can we say? We cannot wait to see them grace the stage in Middlesbrough on Saturday the 10th of October!

So there is an exceptional North East contingent flanked by a boisterous gathering of bands from across the country, the Twisterella lineup is nothing short of incredible! It promises once again to be one of the highlights of the musical year!

~
More information and tickets for Twisterella can be found online here twisterella.co.uk. They’re also on Facebook and tweet as @TwisterellaFest.