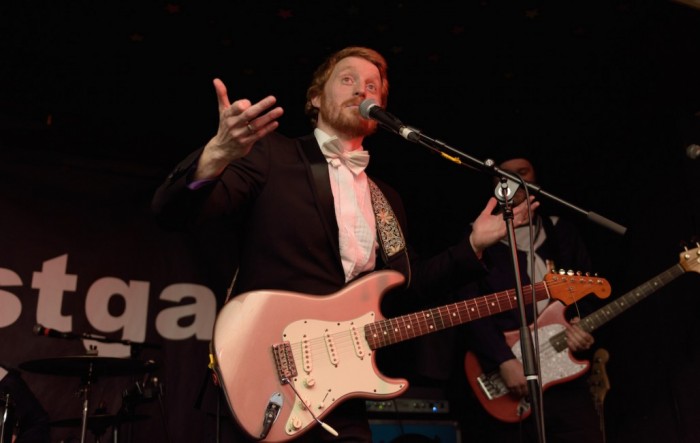 Twisterella provided one of the highlights of the year, with an eclectic line up that provided numerous highlights, we can’t wait until next year!

The day has finally arrived; the second edition of Twisterella gets underway in ecstatic style. We arrive as the incredible Mouses take to the stage; their ferocious brand of garage rock shakes the building as they blow away any early cobwebs. The early part of this Twisterella line up shows off the North East in its greatest light, and Mouses are one of the hottest talents around. 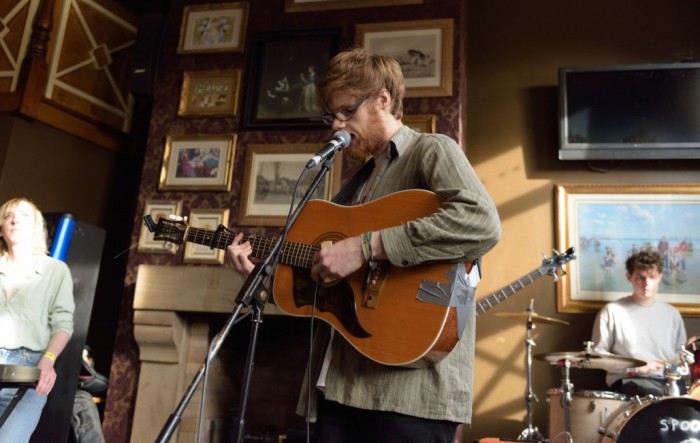 As are the equally brilliant Dressed Like Wolves, with a wholly different sound, they are Teesside’s answer to Bright Eyes regales a packed crowd with the most delicate tracks. However, his turn of pace soon has the whole place up and dancing including his band, arguably the most endearing act of the day with his humour shining through.

With acts coming thick and fast the day proceeds at a relentless pace, Avalanche Party take everything up a notch with their raucous tracks. A searing intensity ensues as frontman Jordan surveys the crowd with his steely gaze, before taking to the stage. Their primal style is refreshing and exciting; their riff-laden punk forms an insatiable searing wall of sound. Avalanche Party truly set pulses racing!

Washington Irving arrive in Middlesbrough following a special week, having just released their first single in two years. They’re met with a rapturous reception, their devoted fans have never left them, and this really shows tonight. With their gargantuan new single We Are All Going To Die being a highlight of the entire day and not just their set. The chants ring on and help us carry on, as the middle of the day fast approaches we’re flagging. 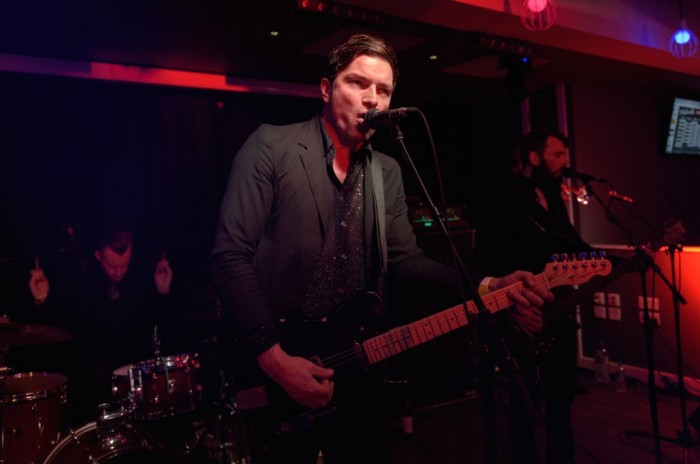 At this point the highlights are coming thick and fast, with local favourite Kingsley Chapman and The Murder playing to an expectant crowd. His misery-laden tracks delivered with heart and passion, the dense instrumentation creating a sinister atmosphere. Another incredible set from Teesside’s brightest star, there’s no doubt that we’re going to be hearing a lot more from Kingsley.

Plastic Mermaids provide a dose of exciting electro infused rock, the band are in high spirits despite their long travels. With a variety of sounds being combined their set is wholly upbeat, and has this packed room jumping with everyone singing their praises. The same can be said for new dream pop band Beach Baby, their set is littered with pop gems but also has features some riff heavy tracks.

With the night drawing in, we settle in at the Westgarth for a barrage of the best music around. Kicking off with Sunderland’s SLUG, Ian Black’s cheery disposition feeds directly into his jovial rhythms. The odd subject matter and intricate lyrics leaving the whole crowd grinning and dancing, SLUG have an uncanny knack for livening everyone up and tonight it really shows. 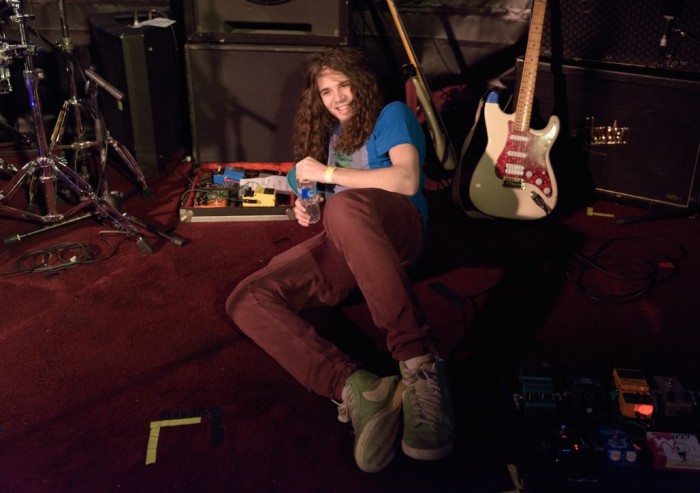 Meanwhile downstairs there is an entirely different prospect waiting to kick off, as Allusondrugs bass player Jamal relaxes on the stage pre-gig. This is truly the calm before the storm as the juggernaut that is Allusondrugs take to the stage, their raucous tracks cause mayhem from the off. Their blend of hardcore and grunge going down a storm with this packed crowd, drum kits are destroyed, guitars and basses fly in an all out aural assault. By far the most energetic set of the day, and an indefinite highlight. 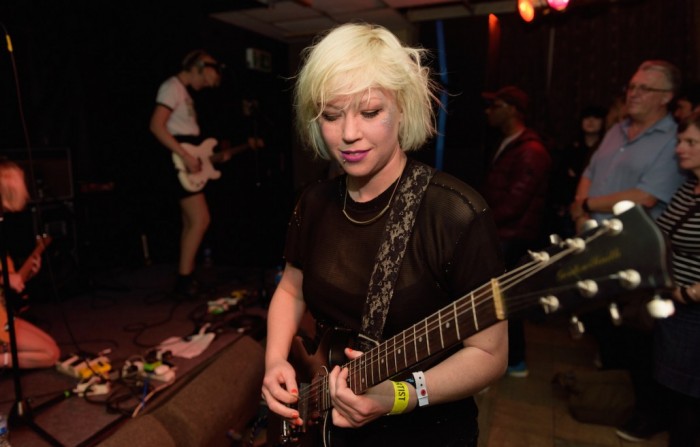 PINS though have become known for their incendiary live shows, having previously promised so much, they’re now delivering. Tonight is no different as they bring their A game, a plethora of tracks from Wild Nights shine through, the likes of Young Girls and Too Little Too Late are instant highlights. As their set culminates in a stage invasion, we’re left once again in awe of PINS. They’re fast cementing themselves as one of the best live bands in the country and rightly so. 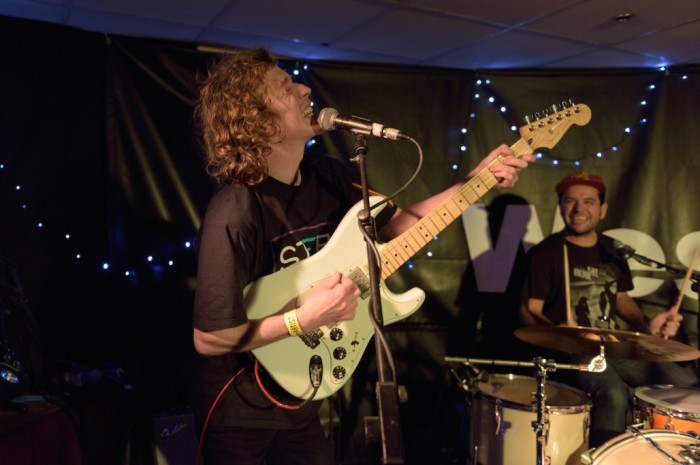 We complete our day with one of the most hotly tipped bands on the planet, Spring King whom have previously left us flat. However, tonight they elevate themselves to a whole new level, their set is filled with exquisite hooks. With the crowd jumping they feed off the energy, diving around the stage incessantly grinning whilst putting on the show of their lives. As even the ceiling takes a pounding with guitarist Peter scaling the furniture, it tops of an incredible day.

Twisterella has once again proved that it is one of the best metropolitan festivals in the UK, with all of the venues within spitting distance. The distinct lack of major clashes, and the general organisation was all spot on. With an exceptionally broad line up that caters for an equally wide cross section of music fans. We cannot commend them enough, and we can’t wait to come back and do it all again next year!