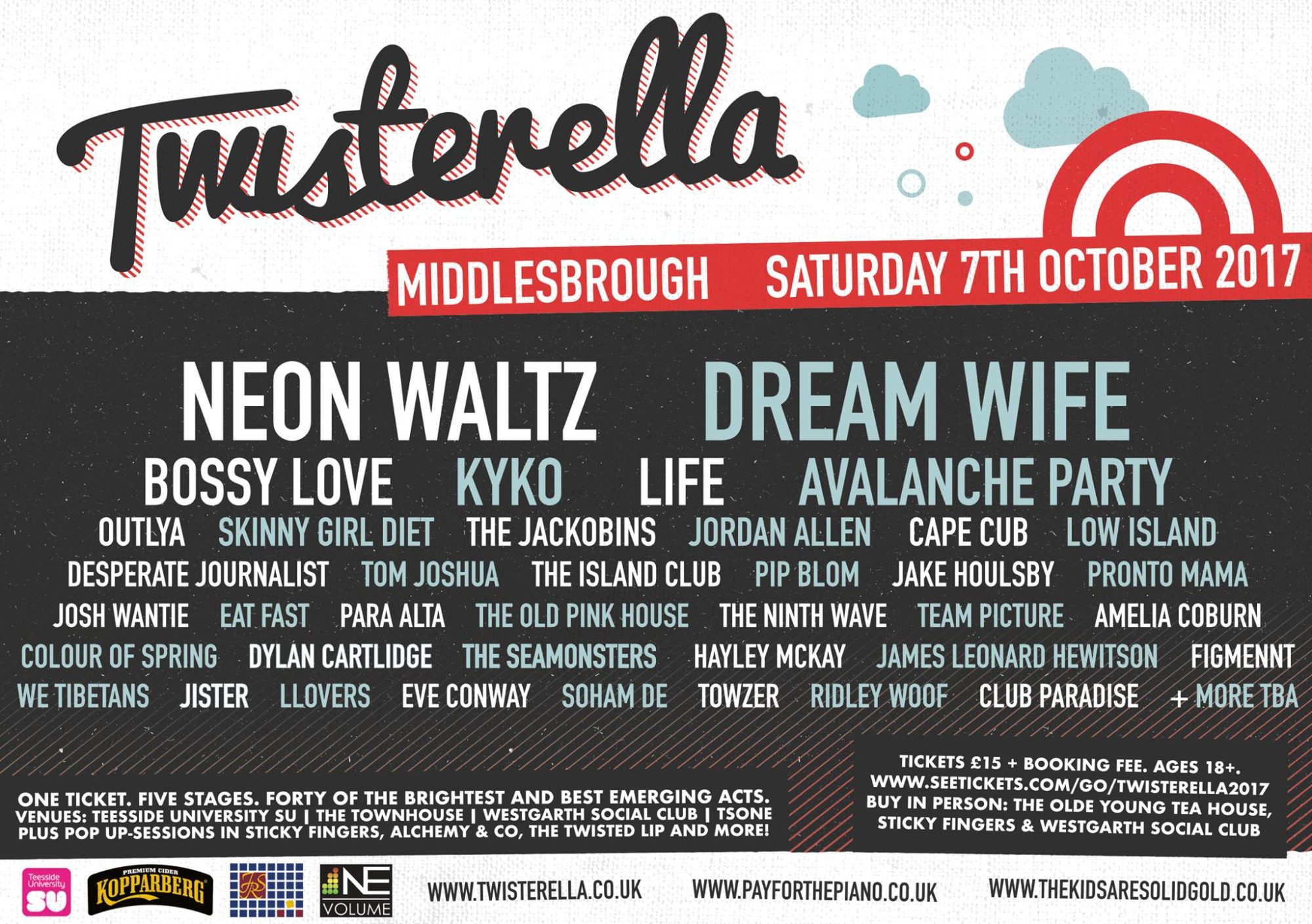 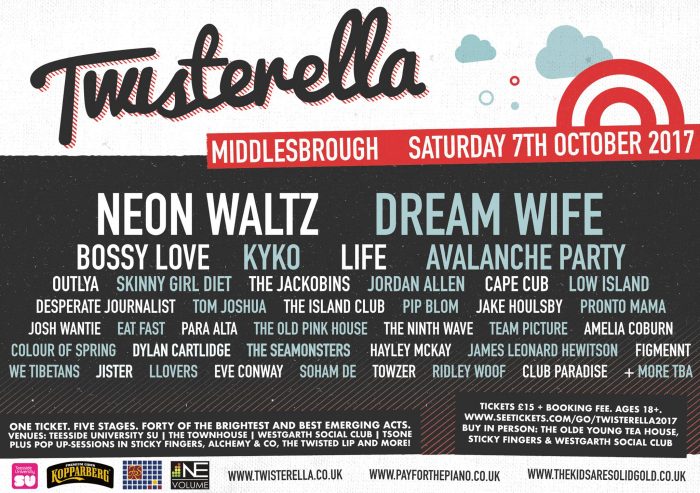 In just a few days Twisterella is set to take place across Middlesbrough’s town centre, we’ve attempted to pick just a few of our favourites from this years stellar line up!

Even though festival season has supposedly officially closed, there are still a few jewels in the crown waiting in the wings. One such festival is Twisterella, which every year boasts an incredible line up for what is quite honestly a measly ticket price of just £15. With the price of gig tickets constantly on the rise, you cannot help but be impressed by the quality of the line up. This year boasts a number of our personal favourite bands making a welcome appearance on Teesside this weekend.

In particular, Eat Fast, Dream Wife and Bossy Love. However, we have attempted to seek out a few new faces as well as a few old favourites as our picks of this years line up. The Seamonsters head up our picks, strangely enough the bands parents will actually be playing for us on the same night in London as part of Blogtober! So if you can’t make it to Middlesbrough head over and catch the Art Trip and Static Sound. This Sheffield six-piece sharp indie pop is certain to go down a storm on Saturday.

Skinny Girl Diet have long been favourites of ours and it’s a pleasure to have them coming back up North, their hard riffs and shouted vocals are certainly not to be missed. Its sure to be a set that is packed with energy especially with tracks like Silver Spoon and OKAY in their armoury there is no doubt this will be one of the highlights of the day.

Local lads Avalanche Party always leave us in awe of their live performances and often exclaiming why are they not the biggest band in the world. Their abundance of energy coupled with their reverb drenched garage tracks are always a highlight, they’re finally given a deserved headline status in one of the finest venues around. Could Avalanche Party steal the crown of performance of the day? On paper its certainly theirs to lose.

That said LIFE have been consistently impressive this year, every time we’ve seen them they’ve gone up a gear. Their power, their angst, their attitude they have it all couple that with the successful release of their debut album Popular Music and its already been a pretty good year for the Hull lads. Twisterella catches them just before they head out on tour with Nadine Shah, we cannot wait to see what they have in store for their headline set on Saturday.

Capping off our picks for this years festival is lo-fi songstress Pip Blom, whilst on the face of it doesn’t pack the punch that many of the other bands on this list do. Pip’s harsh lyrics still pack a sizable punch and with the release of her latest single Babies Are A Lie, whilst stripped back and relatively mild she possesses a real angst that underpins the track, a definite one to watch!

This is just a small selection of the plethora of talent that Twisterella has to offer, as we mentioned before the ticket price is less than 10% of most other festivals. It’s all indoors and all of the venues are within ten minutes walk, really could you ask for anything more?

Check out Twisterellas website for more information, tickets, venues etc. and be assured by us that this festival is a true undiscovered gem and we really cannot wait for the weekend to see what surprises this years event has in store!