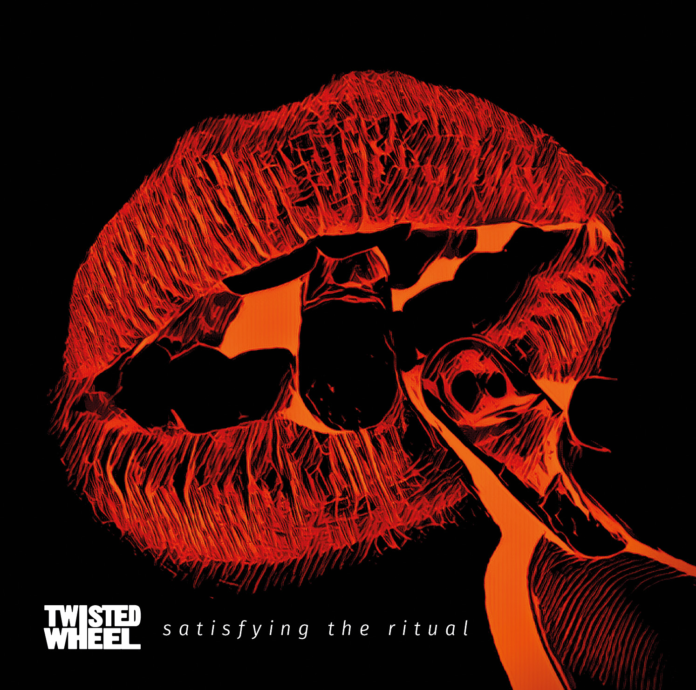 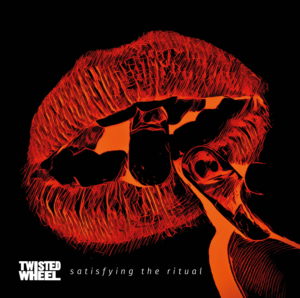 Twisted Wheel are back with a bang on album number three after an eight year gap, where chief songwriter Jonny Brown has exorcised his demons and has come through to the light with an album to match the stunning debut. The faithful fans who have kept believing are in for a treat reckons Wayne AF Carey…

For those who loved Twisted Wheel when they were riding high supporting the likes of Weller, Oasis and the big guns, you know the story of Jonny Brown. I won’t bang on about it as LTW featured a cracking interview a few years back where he laid his soul bare (Interview here). Johnny and bass player Harry Lavin talk us through the album track by track. I describe each one from my own ears.

Harry: “The lyrics Jon has written for this strike a call for freedom against the digital hysteria which now dominates every corner of our lives. There is nothing purer than the simplicities of breathing in the fresh air, taking in the landscape and feeling alive with the world at your feet. It has a northern grit and sharp poetic aura that trickles throughout this stylish, widescreen, new wave sound which the band have worked very hard to craft in the studio”.

A great comeback track that’s pure Wheel. A massive sounding indie anthem with all the Manc traits, great bassline and a wicked guitar solo from Jonny.

Jonny: “‘I Am Immune’ stands for immunity from the bad mouths, trolls and negative comments endured in the music industry. Packing a punch this song keeps you updated with what the band are and have always been, a high energy heavily punk inspired group. Taking a no shit from nobody approach works well in a world where jealousy is rife, and people can try to bring you down masked in their own homes using the internet as a way of abusing artists in public without them being able to do much about it”.

One of my stand out tracks. Pure garage sound that rocks like fuck. Like early Carpets yet more polished sounding than those dirty early nineties recordings from Oldham. I like the way it slows down towards the end and kicks back in with a top bass line. Stagediving stuff!

Harry: “As young people go through the biggest mental health crisis of modern times, it seemed fitting to reflect this through the medium of popular song. “I don’t believe in anyone and I barely trust myself” is a powerful and universal lyric which mirrors a lot of insecurity in a society in which so many of the people who are perceived to do good in the world, eventually turn out corrupt and deceitful. The added touches of slide guitar and distant backing vocals really give that sense of melancholy that we wanted to put across with this track”.

This is just pure groove. Infectious as fuck guitar riffs and bass, great chorus and a proper funky Mondays style number, yet somehow has a Libertines feel. Excellent.

“DNA shows a side of Wheel which has never been seen before, and brings about the most beautiful and poignant moment on the new album. The story of lead singer Jonny Brown’s mother passing away from alcoholism brings forth a whole universe of ups and downs. After several years of battling his own demons, conquering and getting his life back on track Brown wrote the track as a tribute to his late mother. The song captures everything he could have hoped for with an abundance of love, passion and emotion that builds towards a thrilling crescendo of true rock ’n’ roll firepower”.

This track slows things down slightly, a nice slice of melancholic psychedelia with touching lyrics. A heart string puller at the best of times. Again it builds with a great drum crescendo with another top solo coming in. Hence the Jonny Guitar label.

Harry: “This is what you get when you fuse the sound of ‘Johnny Kidd & The Pirates’ with ‘Pixies’ to tell the story of a mentally unhinged criminal mastermind. It’s often the tracks like this that was written and recorded in a very short space of time that produce the most compelling and fascinating results in the studio. If anything, this is a track that truly shows that the barriers of what was expected of Twisted Wheel have been well and truly knocked down”.

Exactly as Harry describes, a proper take on the Dick Dale mode. A chugging surf rock number with that psychedelic vibe all over it. Another stand out and a surprising meld of soundscapes going on.

Jonny: “Meaning the band are firmly back on track and moving forward. With a misconceived perception of what people think a job in a working band trying to make it bigger consists of. The ‘Wheels Of Love’ lyric ‘Well you’re sleeping on floors, whilst living the dream’ states that although some people look up to certain bands in awe and strive to achieve what they have the reality is somewhat very different”.

‘Wheel’ is an upbeat glam type tune that rocks like fuck with a hint of Primal Scream going on. Great use of effects yet again swamping the sound with a Sixties garage sound sweeping through. I love the way they change key towards the end. Skillful.

Wrong Side of The Road

Harry: “To try and articulate the very basic life principle of “learn your lessons” through imagery such as the wicker man, poet and town crier is not conventional in any sense, but it does ring true in a backwards kind of way. ‘Wrong Side of The Road’ is a track that really came to life in the studio with sonically wide and open production, projecting that beautiful and anthemic sound that we seem to have captured brilliantly on this album”.

This is the closest comparison to Liam Gallagher yet. Another indie rock anthem yet miles apart from Oasis as Jonny and Twisted Wheel have a sound that’s there’s alone. Great songwriting that’s been itching to get out there.

Jonny: “The year is 2020 and although we’re breaking down scientific boundaries and getting more knowledgeable on climate change and space travel by the second there’s still many feats to climb, but to achieve anything, we much persist to stay positive and look to a brighter future. With the blues still coursing through our veins as true rock ’n’ rollers ‘2020’ pimps up the blues as most great rock ’n’ roll does with elements of The Beatles, The La’s and Led Zeppelin this makes for a raucous energetic album track with a poem screamed out in a disorientated manner”.

Another slice of rock n roll garage with attitude. Sneering vocals, proper full on guitar riff. This builds and drops, builds and drops. A number that’s gonna fuckin’ rock when they hit the road.

Jonny: “We didn’t want to let this song go without the attention it deserved. So, we did a slight rework of the version that featured on the ‘Jonny Guitar EP’. The song arouses suspicion of a dubious past, epitomized especially by the lyrics: ‘with devils’ brass’ and ‘she’s my only friend’. It’s a story of loneliness, isolation and a seedy existence”.

This is just pure quality songwriting. My favourite track on here. It’s an upbeat style tune that screams indie hit. Think The La’s, a modern Beatles. Catchy as fuck with a brilliant riff that sticks in your head. A trippy end that melds into the next track…

Jonny: “The title track on the album shows yet again another side of the band’s varied box of tricks. With a whirlwind of lyrics covering all subjects from destiny, psychology, fear, to missing planes and doomed adventures, the lyrics capitulate the need we all have to discover, experiment, explore, take risks, succeed, fail and therefore satisfy our own rituals. With a hedonistic chorus to accompany the rap/hip hop inspired delivery of the verses the music holds a constant groove throughout the song with an assortment of effects this track leaves the door wide open for more interesting experimentation in the future”.

A trip hop element with Twisted Wheel? Why the fuck not? The psychedelic groove works well with that mellow pace. A proper ganja smoke filled room is the image I’m getting here. Another slow burner full of surprises from a rejuvenated Wheel.

Jonny: ‘Show me’ is a reminder to one’s self about the dark times endured by the band and myself but always optimistic that the light would someday be found and things would get better. It shows a true love for the beautiful things in life but not forgetting what it’s taken to actually be able to fully appreciate the goodness. Piano and nothing more than a classical guitar end the record with a kind of back to basics approach. Simplicity is key after all”.

A beautiful blues twinged track to end it all. A touching piano solo that haunts you throughout. A simple yet stunning end where Jonny sounds sad yet rejuvenated.

Twisted Wheel have returned with a great indie rock album full of anthems that should get them on the map and win over a shitload of new fans along the way. I’m on the lucky ones that witnessed them first time around when their debut was shining. The original fans never went away and you can see why. A great band should never lie down. Jonny Brown is back where he belongs and I’m glad he’s back where it all began. Welcome back.

Available on iTunes, Spotify  & all other streaming services