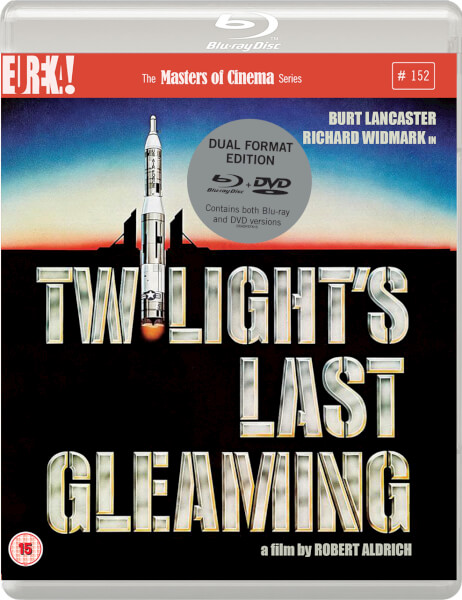 Jamie Havlin takes a look at a newly re-released political thriller from America.

Based loosely on Walter Wager’s novel Viper Three, Twilight’s Last Gleaming is set in 1981, very much the near future for a film that was shot in 1976 and released the following year.

Here Burt Lancaster plays Lawrence Dell, a renegade former Air Force bigwig, who along with some fellow prisoners: Powell (Paul Winfield), Garvas (Burt Young), and Hoxey (William Smith) escapes from a military jail and hijacks a nuclear silo in Montana, where he convinces General MacKenzie (Richard Widmark) to let him speak with the President.

Over the phone, Dell demands ten million dollars, guaranteed safe passage to the country of his men’s choice and, more problematically, the use of the President as a hostage and human shield while they make their getaway.

Significantly he wants President Stevens (Charles Durning) to reveal to the nation top secret details of a National Security meeting held (and attended by Dell) during the Vietnam War where it was revealed that the US government of the day knew perfectly well that tens of thousands of Americans would die in an unwinnable war purely to show the Soviet Union that America was capable of behaving with the same brutality as their communist enemies.

If his terms are not agreed to, he threatens to unleash nine Titan nuclear missiles at the Soviet Union and, presumably, incite a nuclear war between the two superpowers of the era.

An an elite commando team are authorised to enter the silo and take out Dell and his men and I don’t think I’m giving anything away by noting that things will not go completely to plan for either side.

Reflecting American political cynicism in the post-Watergate years, the film is drawn in shades of grey rather than black and white.

Dell, quite rightly, passionately wants to reveal the truth of America’s Vietnam fiasco but only an unhinged person would imagine that endangering the entire planet through a nuclear strike was the right way to achieve that aim.

Meanwhile, Stevens is generally shown to be a sympathetic President, although a highly naive one too judging by his shock at hearing the details of the secret minutes that Dell wants publicised. He’s vulnerable too and not scared to admit his fears over potentially letting Dell take him hostage – I couldn’t see the current incumbent of the White House risking his neck like this, and I doubt we’ll be seeing any President in the foreseeable future with Stevens’  undoubted integrity.

Durning is superb in the role and the film boosts a first rate cast throughout its ranks – in addition to Lancaster, Widmark and Durning, there’s actors of the calibre of Burt Young (Rocky, Chinatown) and William Marshall (Blacula).

Yes, it could likely be edited down by twenty minutes to the two hour mark, a little suspension of disbelief is required by viewers on occasion and at times the device of split screen verges on the annoying but the film’s good points easily outweigh the bad.

Never entirely predictable, this is, on the whole, an imaginative political thriller by a man who had previously brought to the big screen – What Ever Happened to Baby Jane?, The Dirty Dozen and the groundbreaking The Killing of Sister George.

Twilight’s Last Gleaming failed to make the impact of any of those films although i suspect it would have been more successful if it had been made a few years later with the hawkish Reagan administration in control of the Oval Office.

Extras here include Aldrich Over Munich – The Making of Twilight’s Last Gleaming documentary and a 36 page booklet featuring new writing and archival images.